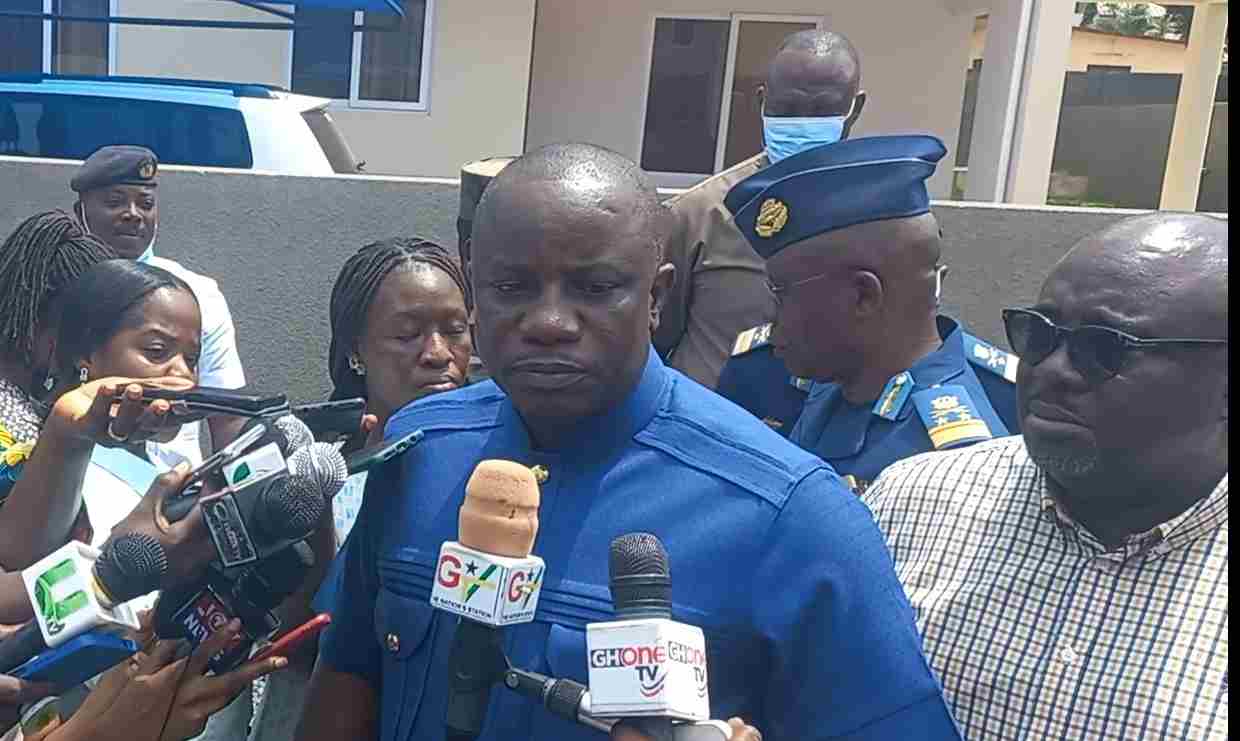 Ghana’s Minister for Defence and Member of Parliament (MP) for Bimbilla – Mr Dominic Bingab Aduna Nitiwul, has called for Ghanaians to support the military in defending the country, by desisting from encroaching on military lands.

Mr Nitiwul made the call when he took media persons on a tour of sites where the Ministry of Defence (MOD) and the Ghana Armed Forces (GAF), have variously constructed infrastructural projects for accommodation, office buildings and academic purposes in 5 Garrison, on Wednesday, July 20, 2022.

“I want to urge members of the public to stop thinking that they can have access to lands that have been allocated to the Armed Forces. Any land that has been legally acquired for the military is for an important national purpose”, the Minister said.

The Minister revealed that there has been encroachment of Michel Camp lands to about 300 meters, but the MOD has constructed some half wall somewhere to help curb the encroachment, adding that “the armed forces cannot live in town among civilians, they need to live at camps, and it is the duty of the State to provide for them, for them to defend us when the need arises”.

He continued that “If even by mistake, the Lands Commission allocates military land to anyone, we will take it back and use it to develop for use by members of the Ghana Armed Forces, because there are lots of personnel of GAF who do not have accommodation, hence we cannot be giving out land that the government acquired in the colonial times for the military, for private persons to build private homes”.

Referencing GAF’s Drake Avenue Airport Residential Area development, which is a stretch of land on which together with the MOD, ten 2-bedroom houses on plots measuring 110 by 80 feet on 10 plots, have been turned into 48 units 4-bedrooms with 2-bedrooms outhouse buildings, the Minister quizzed; “If we had given out these lands at the Airport and Burma Camp out, would we have gotten these 48 houses and 8 of such in Burma Camp for our Generals?”

“I have to tell all that, if you purchase any military land, especially with land that the government has acquired and paid compensation for, we will take it back from you, because we will us it. If your military collapses, the society will collapse, that is why we have to support the military,” the Minister for Ghana’s Defence Ministry emphatically stated.