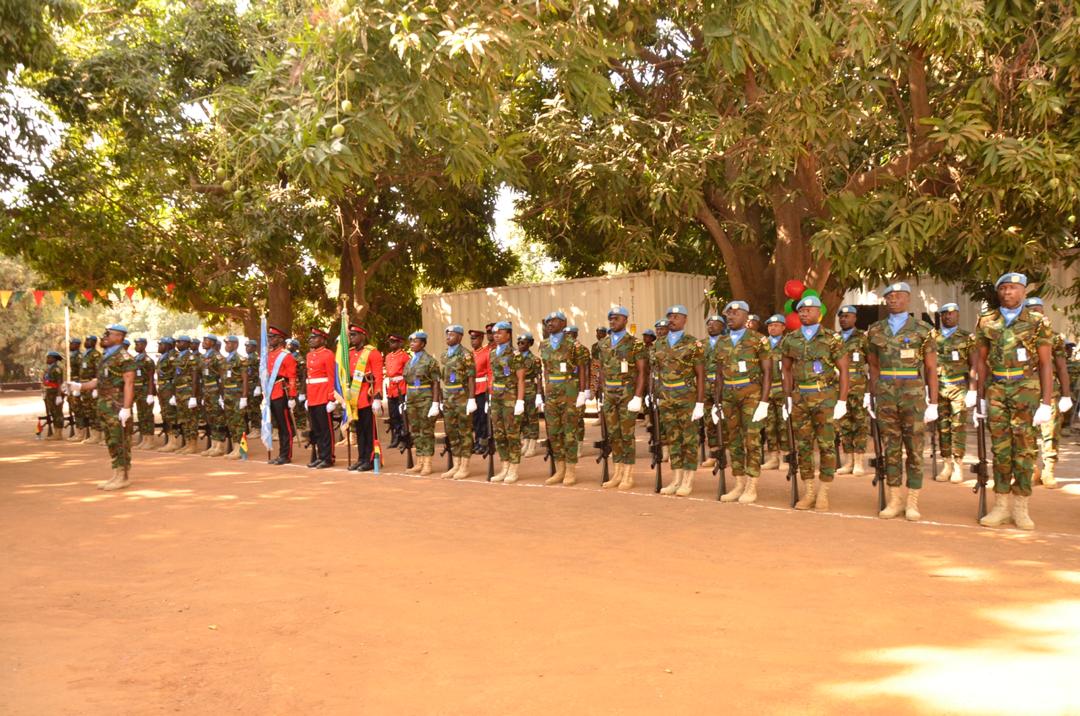 Speaking at the ceremony, the Guest of Honour, Brigadier General (Brig Gen) Johnson Kofi Akou-Adjei – the Contingent Commander (CONTICO) and Sector North Commander, who was on a 5-day working visit, urged personnel to endeavor to uphold and protect the incredible legacy of the commitments of past heroes and heroines, who fought for the attainment of the country’s sovereignty.

General Akou-Adjei added that, the peace enjoyed by Ghana, had made it possible for Ghanaian troops, to support the United Nation (UN) peacekeeping operations worldwide, in the last six decades.

The Officer in Charge of the Head of Field Office (HoFO) – Mr Kalif Farah, in his remarks, congratulated the leadership of Ghana and commended the Ghana Armed Forces (GAF) for the dedicated efforts in the protection of civilians in South Sudan and other countries through United Nations peacekeeping, and concluded, opining that Ghana through its Armed Forces, always left a mark, wherever they went on peacekeeping missions.

The Sector West Commander – Brig Gen Chuanjin Wang, who was the Guest of Honour for the occasion, commended GHANCOY for its professionalism and charged officers to be role models, upholding the virtues and traditions that the country and its military is noted for, and additionally, he also praised the unit for showcasing such rich military tradition, to the admiration of the diners.

An all ranks dinner and dance was held the next day, as part of the independence celebrations with both Brig Gen Akou-Adjei and Brig Gen Chuanjin Wang in attendance.

A Religious Thanksgiving Service crowned the celebrations on Sunday 8th March 2020, at which the CONTICO reiterated his pleasure at the good conduct of all ranks, and thus urged troops to remain committed to the Mission’s Mandate.