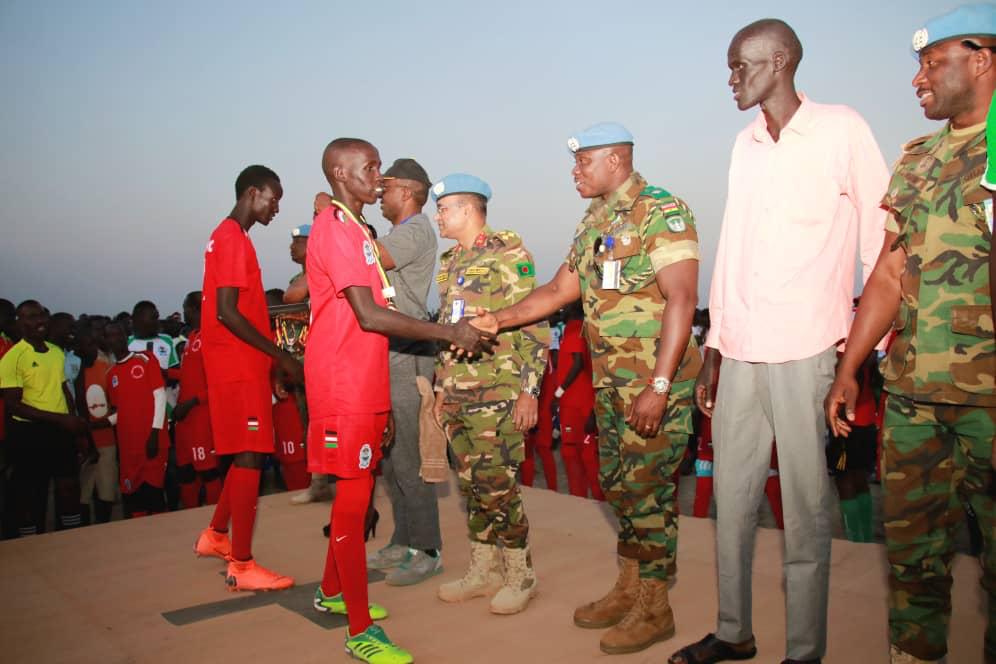 The final match of the competition, which was initiated by GHANBATT 7 for the residents of the PoC Camp, was played on 26th December 2019, and was intended to win the hearts and minds of the people, as well as maintain a cordial and dynamic relationship with them.

Speaking at the closing ceremony, the Officer-in-Charge (OIC), Head of Field Office (HoFO) – Paul Ebikwoe, expressed his appreciation to the PoC community, for the level of enthusiasm they showed throughout the competition.

Mr Ebikwoe stated that the objective of GHANBATT and the UNMISS hierarchy in Bentiu, was to use the competition to raise football stars, who could represent their country in the near future, further entreating them to continually embrace the peace with which they participated with.

The Commanding Officer (CO) GHANBATT 7 – Lt Col Antwi Awua Darkwa, in his remarks at a dinner held to climax the occasion afterwards at the GHANBATT Headquarters, reiterated the need for the residents to incessantly sing the peace song to their families and friends.

The CO encouraged the teams and players to be focused and develop their talents individually and collectively, further urging the teams to strive to better their quality, so as to be able to match the big European and African teams they support.

In all, 14 teams participated with Nationals FC emerging as the 2019 champions, and all participating teams, were presented with a set of jersey and balls.

Awards were given to individuals and certificates presented to officials.