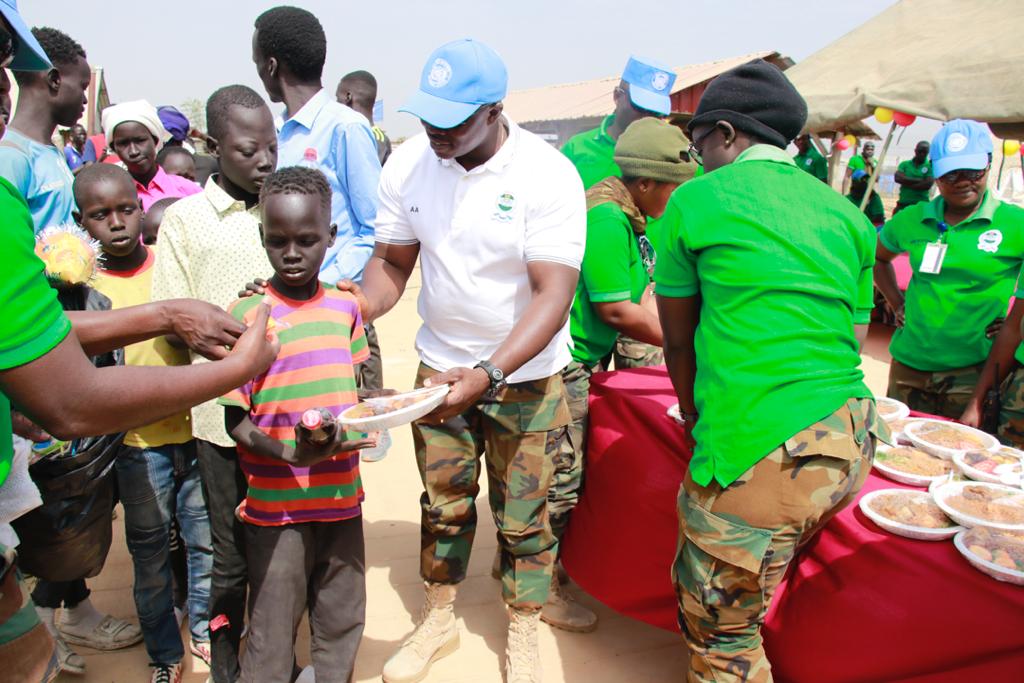 UNMISS GHANBATT 7 hosted this Christmas party on 4 January 2020, at the biggest Protection of Civilian (PoC) Camp in the world, located at Bentiu, for about 700 children of the Camp.

The purpose of the feast, which had a massive social effect, as children who showed up enjoyed themselves with good songs, provided by the GHANBATT Band, was among other things, to get close and show love to the under privileged children living in the PoC camp.

Lt Col Antwi Awuah Darkwa, in a statement remarked that, the birth of Christ was a seed for humanity to save lives and give hope, and thus, the essence of the gesture was to extend love, share and bring joy to the less privileged and the vulnerable.

Lt Col Awuah-Darkwa referred to the children as future leaders and described them as wonderful gifts for their parents, their country and the world, and advised the children to take their studies seriously, so as to steer the affairs of the nation well, when the mantle falls on them.