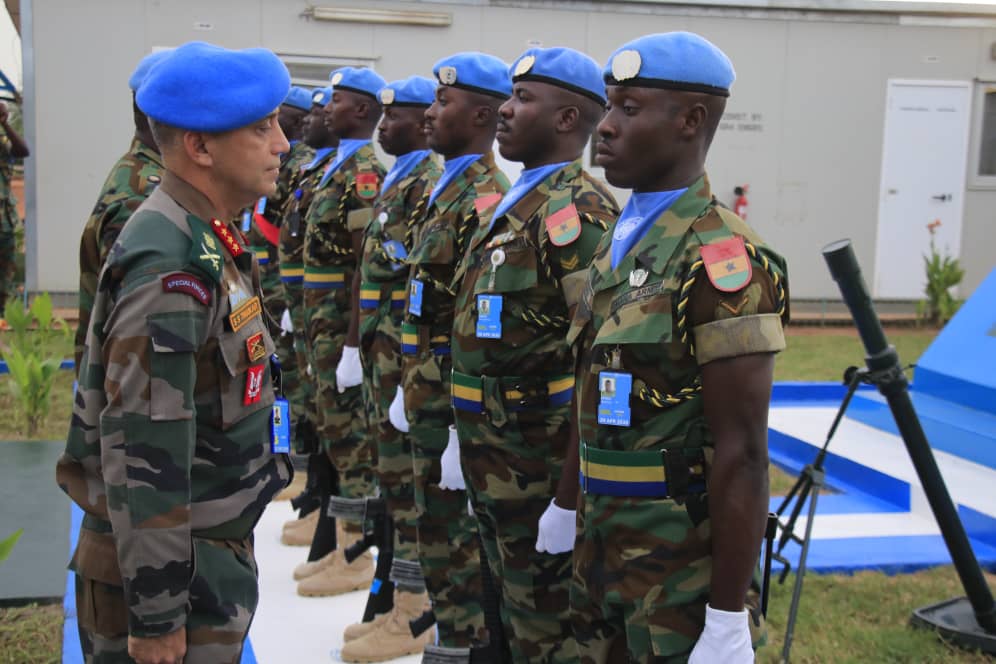 The letter stated inter alia; “I wish to place on record the brilliant work done by officers, men and women of GHANBATT in executing the LDP, by hub and spoke method, from Koch from 01 -17 January, 2020.

During my visit, it was heartening to see the positive effect the patrol created in ensuring peace in the area and worthy assistance extended by troops through CIMIC activities.

Your troops have surely set high standards in efficient conduct of long duration patrolling, worthy to be emulated by other sectors.

Please convey my special appreciation to the patrol leader for a good job done under challenging conditions and to the women peacekeepers who continue doing their work cheerfully, bringing a vast positive change in the security environment prevailing in the area”, the letter ends.

GHANBATT 7 since its inception in the UNMISS theatre in March 2019, has dominated its Area Of Responsibility (AOR), through all forms of patrols, including Bentiu, Leer and their surrounding villages, contributing greatly to the reduction of violence and building the confidence of the civil population.

The COB was also instrumental in the peace process, by supporting the cantonment site, which was a vital pre-requisite, in the formation of the Unified Government in South Sudan.

GHANBATT 7 also engaged in a number of Civil Military Cooperation (CIMIC) activities, which included the arrest of a cattle epidemic at Koch, through the veterinary cell – which were impactful and greatly appreciated.

The veterinary services also were extended to farmers in Bentiu, Leer and their surrounding villages on a daily basis and the organizing of a medical outreach for staff and inmates of the Bentiu Central Prison, by the medical team was also highly valued.

GHANBATT 7 also embraced and conducted the longest extended Long Duration Patrols (LDP) in the Unity State, with excellence, in which troops of GHANBATT 7 were deployed on to Koch and its environs, from 01-17 January, 2020, during which the Force Commander paid a visit to the base and was full of praise.