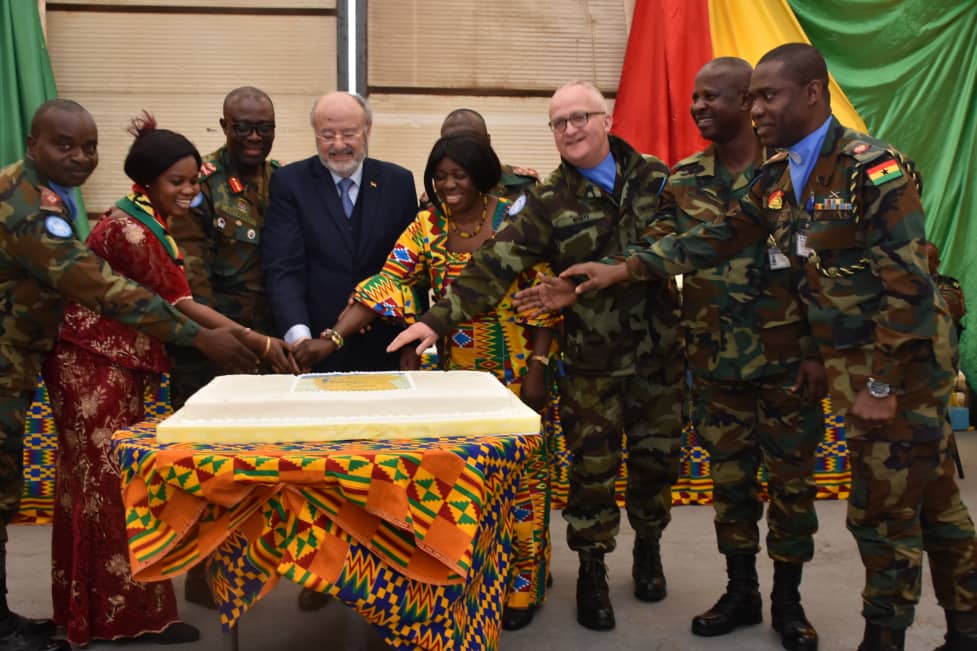 The 86th Ghana Battalion (GHANBATT 86) serving with the United Nations Interim Force in Lebanon (UNIFIL) has marked the 63rd Independence Anniversary of Ghana, at the Headquarters in, Al Qouzah, South Lebanon.

On Friday, 6th March 2020, the Commanding Officer (CO) – Lieutenant Colonel (Lt Col) Abass Atuluk and his troops, hosted guests from the Lebanese Armed Forces, sister contingents in UNIFIL, the Ghanaian community in Lebanon, Civilian Staff from UNIFIL and local leadership from the Battalion’s Area of Operation to an exotic celebration.

The day was marked with rich and colourful performances by the various cultural troupes of the battalion, a short parade, cultural and a photo exhibition, among others.

Ghana’s Consul General to Lebanon – His Excellency Michel Haddad, who was the Guest of Honour for the celebration, congratulated Ghanaians saying, Ghana, being the first nation in sub-Saharan Africa to gain independence from British colonial rule on 6 March 1957, marked a significant step towards the abolishing of colonialism in Africa.

Mr Michel Haddad also commended GHANBATT for being the oldest battalion in the UNIFIL mission and for producing the first UNIFIL Force Commander and the first black Secretary-General of the United Nations in the persons of Lieutenant General (Lt Gen) Emmanuel Alexander Erskine (retired) and the late Mr Kofi Annan, respectively.

He urged all troops to keep the flag of Ghana flying and continue to contribute to the course of peace in Lebanon with professionalism and diligence.