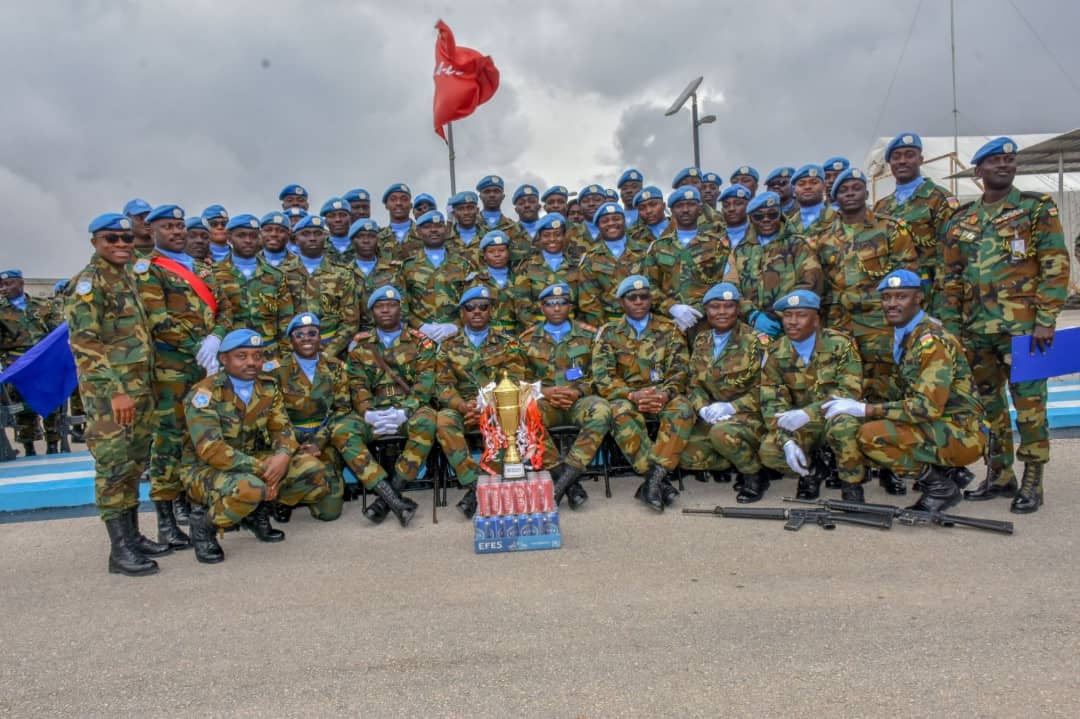 A foot and rifle drill competition has been held between the companies of the 86th Ghana Battalion, serving with the United Nations Interim Force in Lebanon (UNIFIL).

The contest which took place on Monday, 24 February, 2020, at the Battalion Headquarters in Obeng Camp, in Al Qouzah, Lebanon, was aimed at enhancing teamwork, through healthy competition, professionalism and overall military discipline.

The participating Companies were mainly judged on their turnout, routine, words of command and silent drill.

In his address to troops as the Guest of Honour, the Force Conduct and Discipline Officer – Colonel (Col) Frederick Aboagye Kasapa, who is also the Acting Ghanaian Contingent Commander, extolled the participants for the efforts they put into sharpening and displaying excellent skills in drill.

Col Kasapa commended the Commanding Officer (CO) – Lieutenant Colonel (Lt Col) Abass Atuluk, for spearheading the thrilling event and expressed conviction that the highest standards that have been set by the Battalion in all their activities, was remarkable and crucial to the efforts, in bringing peace to Lebanon.

Col Kasapa added that the essence of drill, is to produce a soldier who is confident, alert and obedient, and to provide the basis for team work and discipline, as was seen in the performances exhibited by the participants.