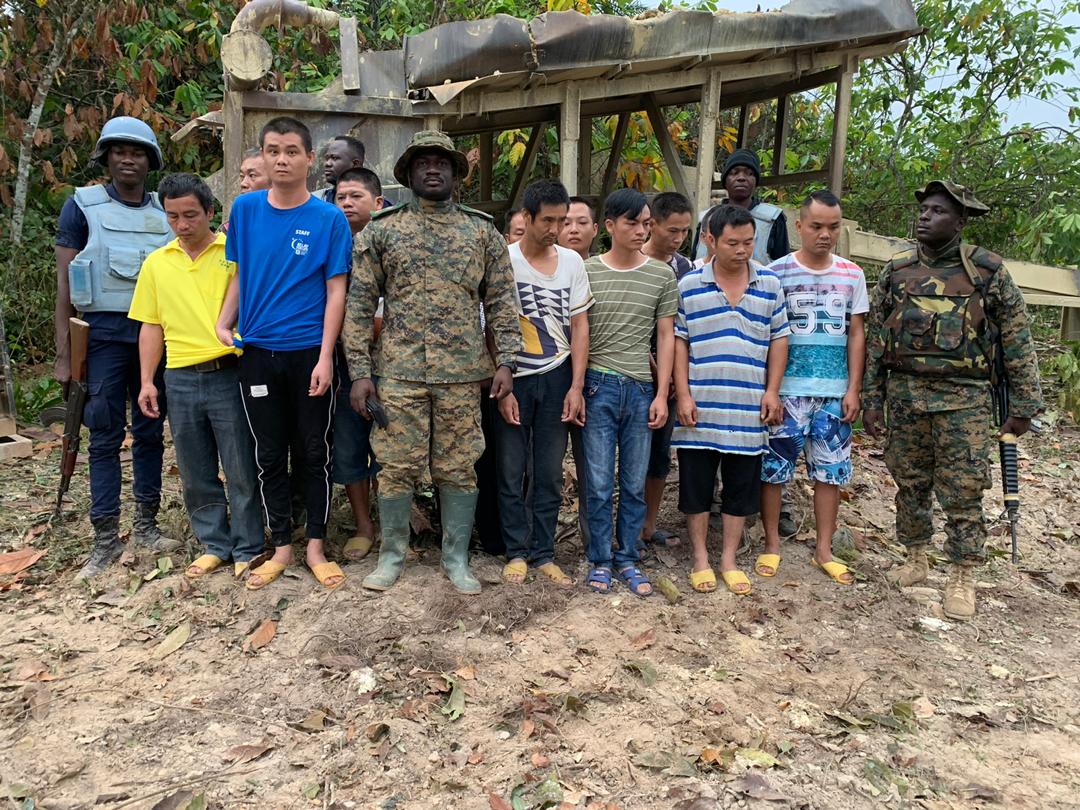 The Joint Military and Police Taskforce code-named Operation VANGUARD, has nabbed thirteen (13) Chinese illegal miners, in a well-coordinated and planned intensive operation, to clamp down on recalcitrant illegal miners, destroying the environment and water bodies, in the Western Region.

Operations Officer for the Western Forward Operating Base (FOB WEST) of Operation VANGUARD, led the patrol team to successfully round up the Chinese illegal miners on site, at three different locations, at Wassa Dunkwa, in the Amenfi West District; Enchi and Sewun, in the Aowin Municipality, all in the Western Region, on Monday, 10th February 2020.

The 13 culprits who are aged between 20 and 55 years, have since been sent to the office of the Inter-Ministerial Committee on Illegal Mining (IMCIM) in Accra, for prosecution.

The Operations Officer gave the assurance that the strategy the taskforce has adopted, in combating the illegal mining menace, is yielding the required results, further intimating that the joint taskforce, will not relent on the fight against illegal mining, but will do its best to ensure that the water bodies and environment are protected.

He however cautioned perpetrators of illegal mining, especially the Chinese and expatriates to immediately stop their illegal activities.