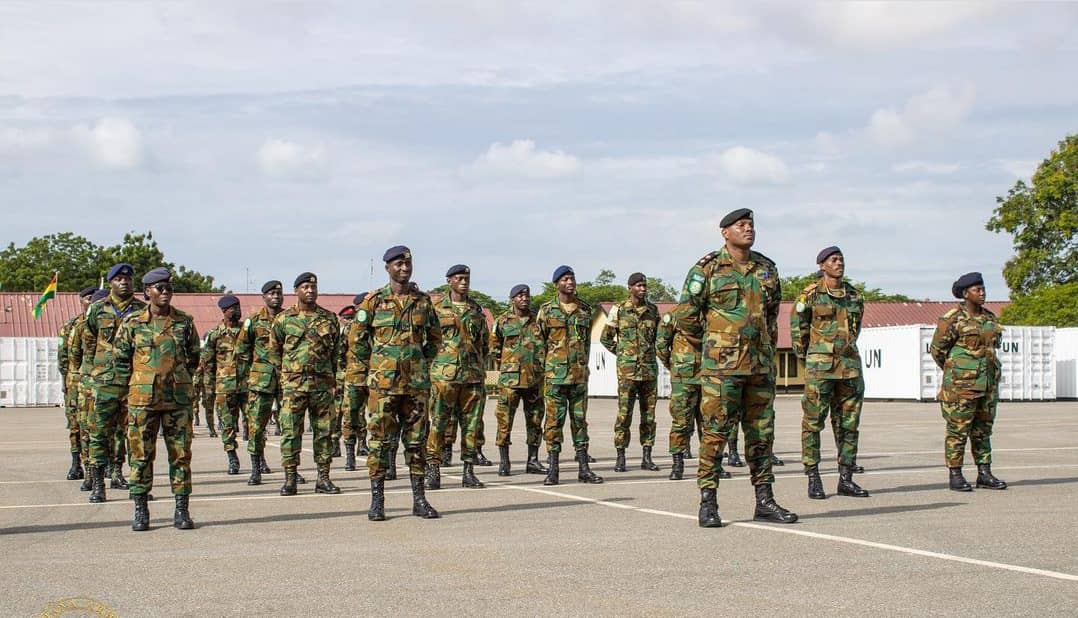 The Ghana Army (GA) has dispatched logistics and equipment required for a successful tour-of-duty, ahead of the departure of its Company – Ghana Company 1 (GHANCOY 1) – who are billed to participate in Economic Community of West African States (ECOWAS) mandated peacekeeping mission in Guinea-Bissau; named Security Stabilization Mission in Guinea-Bissau (SSMGB).

SSMGB GHANCOY 1, whose equipment were shipped on Wednesday, 22 June 2022, is mandated among others, to 1) ensure the protection of the government of Guinea-Bissau, 2) assist the Armed Forces of Guinea-Bissau to stabilize the country, as well as 3) protect civilians.

The Deputy Chief Staff Officer (DCSO), Policy and Plans at the Army Headquarters – Brigadier General KD Hagan charged the troops to be worthy ambassadors of Ghana and maintain the international repute of the Ghana Armed Forces.

The Commanding Officer (CO) of SSMGB GHANCOY 1 – Lieutenant Colonel (Lt Col) D Korsah gave the assurance that his troops have received the necessary training to operate effectively, to accomplish their mission.

The SSMGB comprises of some 600 troops from Ghana, Cote d’Ivoire, Nigeria and Senegal and has a one-year mandate that is renewable.

It would be recalled that the West African country of Guinea-Bissau was nearly thrown into turmoil, after its President escaped a coup d’état attempt on 1 February, 2022, that left 11 people dead.

Guinea-Bissau, with a population of about two million, has experienced 4 coup d’états, since independence from Portugal in 1974, the last successful being 2012, that overthrew Prime Minister Carlos Gomes Junior, after which ECOWAS deployed 1,000 soldiers and police personnel, however, they left the country in September, 2021, after its mandate had ended.