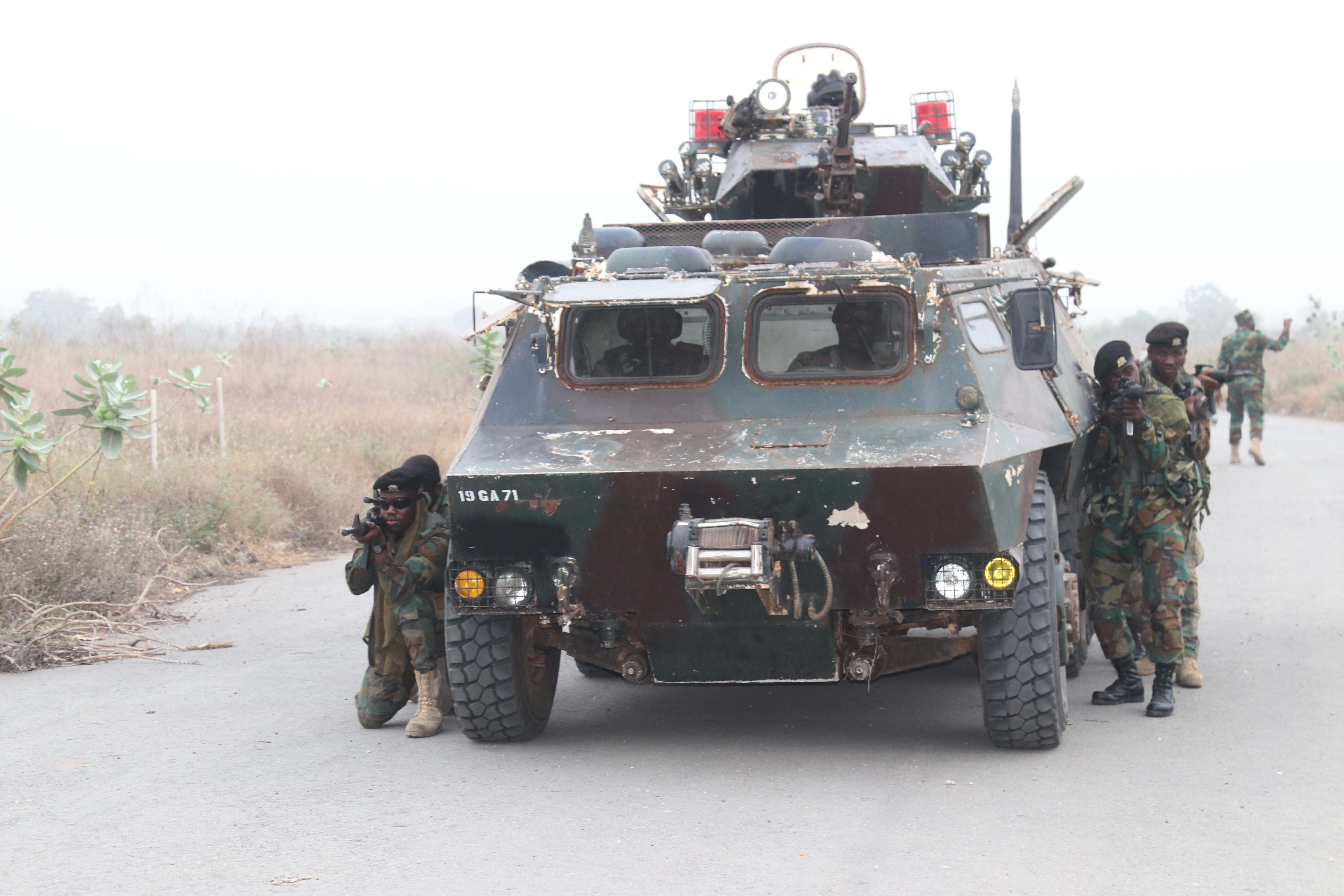 Southern Command (S/COMD), a formation of the Ghana Army, has undergone a 6-day field training exercise (FTX) codenamed EX EASTERN SHIELD 2020, to exercise about six hundred (600) personnel selected from the 8 units under the Command, in conventional warfare and counter insurgency tactics.

The formation has followed through with its General Officer Commanding’s (GOC) word, to start training early this year, to get all units under his command ready and in good shape, for the promisingly eventful year 2020.

Speaking to the press, the GOC – Brigadier General (Brig Gen) Abraham Yeboah Nsiah, the military overlord with oversight over about half of Ghana, stated that the objective of the exercise was to train in readiness for the role that the constitution mandates soldiers, in the defence of this country.

“The message from this exercise to all Ghanaians is that, your soldiers, whom you trust, are training, so your trust is not misplaced, we are training to make sure that at any point in time, when the time or situation arises, Ghanaians would have nothing to worry about”, General Nsiah stated.

Brig Gen Nsiah, who supervised the command-level exercise, from Sunday, the 9th to Friday 14th of February, 2020, however urged, “Everyone should also play their parts in ensuring a peaceful atmosphere, as we prepare towards the campaign period and the general elections”.

At the FTX, the soldiers were refreshed on some tactics such as Session Drills, Mechanical and Transport Movement, Defensive Position, Close Quarter Battle, Fighting in Built Up Areas, Cordon and Search, Rescue Operations, Probing Attacks, Fighting Patrols and Offensive Operations, of which the Commanding Officer of Fifth Battalion of Infantry – Lieutenant Colonel (Lt Col) Seth Odei – Exercise Controller, intimated that it had developed soldiers’ readiness to conduct similar operations in reality.

Major Martin Dziedorm Dey – the Exercise Coordinator said there was a conscious effort to combine conventional and asymmetric warfare tactics in the FTX because terrorism is part of asymmetric warfare, which is being experienced in the sub region, and the regular force must adapt their tactics to terrorist’s modus operandi, in order to overpower them.

“We want to familiarize our soldiers with contemporary ways of fighting; in this our current era of terrorism, where most of these actions take place in built-up areas, so the exercise’s main aim was to train the soldiers to be able to fight in urban environments”, he surmised.

It would be recalled that at the 2019 Festival Nine Lessons and Carols/Singing Competition, on Wednesday 18th December, 2019, at the St Michael Catholic Parish, Michel Camp, Brig Gen Nsiah gave hints of training and exercises that his formation would undertake to keep prepared against any destabilizing threat.

“This time around, we have a group called terrorists operating within the sub-region, and in our own backyard, there are some secessionist groups who want to destabilize this country, so we must do everything within our capabilities, to make sure they do not succeed, and we are going to start very strongly in 2020, with a lot of exercises and training”, General Nsiah stated.

UNMISS GHANCOY 2 REACHES OUT TO ST GEORGE PARISH IN AWEIL