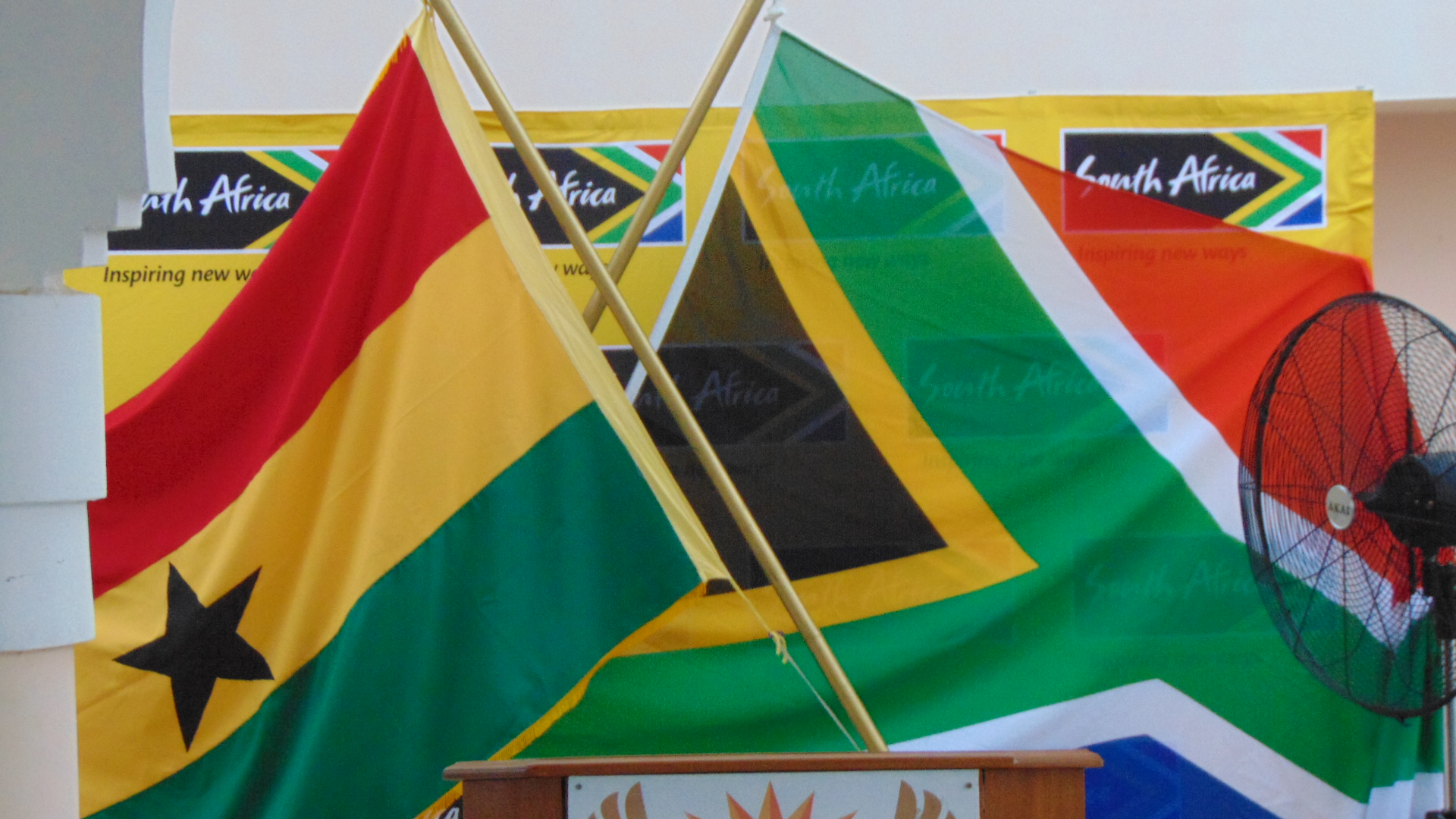 The South African High Commission has feted members of the Diplomatic Corps, to observe Armed Forces Day, with tribute to the sinking of the SS Mendi Vessel – a naval vessel, which was rammed by another (SS Darrow), in the icy waters of the English Channel – on 21st February, 1917 and to also commemorate the celebration of the South African National Defence Force (SANDF).

The sinking of the SS Mendi was the biggest naval tragedy that has ever occurred to the South African military, wherein six hundred and six (616) South Africans and thirty-three (33) British crew members perished, within 20 minutes of the incident, during the First World War.

Addressing the gathering at the dinner on Friday, 28th February, 2020, the High Commissioner of South Africa to Ghana – Her Excellency (HE) Miss Lulu Xingwana, stated that the SANDF had transformed from the Apartheid era Armed Forces, to a single, united and unique South African National Defence Force.

HE Xingwana stated that through SANDF’s loyalty and discipline, in defending the country’s territorial integrity and sovereignty, and through involvement in conflict resolution and peacemaking efforts on the continent, the Armed Forces had endeared themselves.

The High Commissioner further intimated that SANDF’s role is ensuring that the 4,800 kilometers of South Africa’s vast borders are patrolled and protected, safeguarding her borders and in assisting the South African Police Service with crime prevention, and being not just a fighting force, but also a developmental force.

The SANDF renders essential services through the deployment of health professionals at public health facilities that are in crisis, builds bridges in rural areas to give isolated communities access to places and services they would not be able to reach otherwise, are active in fire-fighting, mountain and maritime search and-rescue operations, and during natural disasters, both at home and in neighboring countries.

South Africa assumes the Chairmanship of the African Union (AU) for 2020, and in May this year, she will host the Extra-Ordinary Summit of the AU on “Silencing the Guns”, one of the pillars of the AU’s Agenda 2063.

The Military Skills Development System is an important tool in the government’s battle against youth unemployment, and this year, the Rainbow Nation has a program for 2020, targeted at using a military career showcase to attract more young people into the Defence Force, as one of the ways of addressing youth unemployment.

HE Xingwana, commended South Africa’s relations with the Ghana Armed Forces (GAF), particularly in the fields of military exchange, education, training and development, and further called for a deepening of the partnership, as South Africa looks forward to more exchanges in the area of military to military training.

The Chief of the Defence Staff (CDS) of GAF – Lieutenant General (Lt Gen) Obed Boamah Akwa, who was the Special Guest, remarked that, it is important to honour national heroes, to encourage more heroism.

General Akwa continued that, remembrance day of heroes also is a landmark to encourage current and future generations, to be encouraged to emulate the exploits of the past  and that the principle is applicable in every nation on earth, since “the principle of self-determination is a human right and everyone is empowered to pursue that course for their own freedom”.

Referring to Ghana’s Christianborg Crossroads pre-independence shooting incident, General Akwa cited how coincidental it was, when on the same 28th Day of February, Ghana celebrates her veterans, who, in the pursuit of Justice and Freedom, refused to retreat and were fired on, instantly killing three – Sergeant Adjetey, Corporal Attipoe and Private Odartey Lamptey.

This incident “also ignited that spirit of nationalism, which liberates the hidden talents of people, and causes them to pursue that which is considered impossible”, General Akwa surmised, concluding that “a day like this encourages all soldiers worldwide, as they feel acknowledged for the little that they do for their countries”.

Colonel Lorraine Ndlovu – the Defence Attache of the High Commission, stated in her welcome address that, the SANDF is also involved in international peacekeeping missions on the continent, in the Democratic Republic of Congo (DRC), under the UN Stabilization Mission, where there are currently about 1,200 South African troops, as part of the Force Intervention Brigade, together with Tanzania and Malawi counterparts.