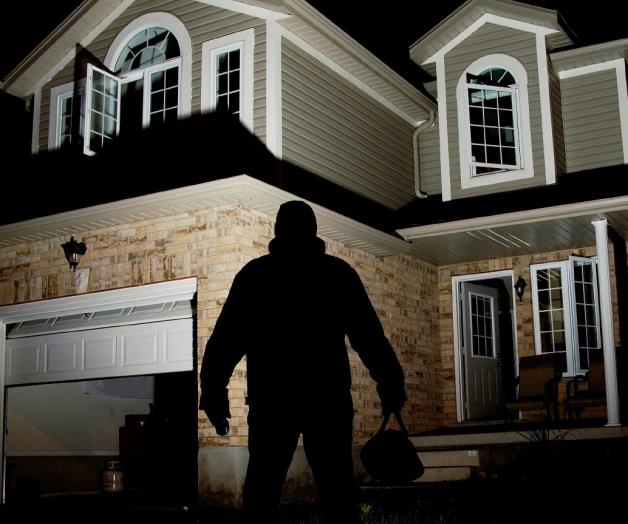 The Country has over time recorded consistent diverse issues of insecurity resulting in doubts being expressed of the State’s potency and capacity to discharge internal security responsibilities. What is worrying the most is the impunity with which crimes are being committed in the Country as though there are no internal security responsibilities bestowed on any institution. Waking up to news of gruesome murders month after months including the Sogakope murder, Takoradi assassination, Kasoa killings, Ho slaying, Dagbon butchering, uniform personnel massacring and raping of infants resulting in their deaths are enough for public outrage. The fallouts are sometime so heavy on one side such that we hear lamentations and statements of loss of confidence in state security apparatchiks.

It is understandable to blame state internal security apparatchiks because they are presumably adequately trained to enforce internal security; and as to whether they are really trained and given refresher training enough to respond to the teething internal insecurity issues is a case to interrogate later.

That notwithstanding, what is more worrisome within the internal insecurity status quo is the fast growing loss of public confidence in the internal security services. A situation which rather makes criminals who should fear the State’s internal security structure to be emboldened to act with impunity as being recorded because they are part of society and get to hear or read those sentiments. Those sentiments often query whether security is state or personal responsibility.

The horrific murders recorded could largely be prevented if the aforementioned were effectively and efficiently in place. It is against this backdrop this piece seeks to provide further understanding on state and personal security responsibilities with some insight on ways of ensuring adequate physical security.

State Security is the aggregate of measures taken to protect the existing State, social structure, independence and the territorial integrity of the State from subversive activities of internal and external actors, acting as “enemies” of the existing order (The Greatest Soviet Encyclopedia, 2010).

As part of measures is establishment of the internal security apparatchiks to ensure congenial environment for all, which is a fulfilment achieved by the State according to Ghana’s constitution to some extent. But for citizens to enjoy that congenial environment and social protection, it behooves on the institution to demonstrate professionalism in discharge of their responsibilities towards the populace.

However, consistent administrative and operational expediency failures by institutional operations leaderships often caused those at the tactical or lower levels to fail in their responsibilities towards the people they are to protect. They in almost all cases settled as defence, on inadequate ammunition and weapons among others when the public is outraged.

Weaponry and ammunition for security duties can never be enough but consistent effective and efficient training activities add-up to confidence in the fight against “enemies” of the existing order. These enemies are the people perpetrating all forms of crime in societies and their activities must be nib in the bud with stern measures in accordance to the laws of the State.

There is no gainsaying the fact that state internal security apparatchiks embraces refresher and continuous training activities for their personnel while ensuring without any more failures in making the necessary equipment available to their personnel in the field.

The relevance of providing adequate equipment and training to their personnel would give them the impetus to respond to criminal activities with speed and thus, quickly restore public confidence.

Burglar resistance or proof is part of host of security measures designed to deny unauthorized access to facilities, equipment, resources and to protect personnel and property from damage or harm.

The word proof is non-existent in matters of security because every obstacle and in this context, protection is surmountable with time hence, the notion that it is appropriate to say burglar resistance than burglar proof, just as bullet resistance and not bulletproof is held.

Almost all homes now have burglar resistance designed to secure and frustrate any attempted entry but recent crime records indicated its failures, as criminals gain time to surmount its protection.

A case in point is the gruesome killing of the Assemblyman at Sogakope; where the killers gained time to break the burglar resistance door (security door) to access the victim (Primenews, 2020).

However, additional measure to increase the resistance time by using cross bars placed in metal hooks secured into the wall and behind the door might save his life.

It has been proven overtime that so called security doors are not enough hence the need to fix burglar resistance both in front and behind the doors if you do not desire a cross bar behind your doors.

The relevance of these measures are; that you would gain more time whenever you are under an attack and thereby save your life and that of your family. Most families put in place all these physical security measures in their homes but end up creating severe weak links in the home security systems with their electrical installations.

Electrical installations, fittings and security lighting in most homes are done without due consideration of implications to security. Security Lighting is often intended to deter or detect intrusions or other criminal activities on a piece of real property and can also be used to increase a feeling of safety (Clarke, 2009).

Security Lighting is integral to security environment hence the quest to place fittings everywhere for convenience but not need. Lighting should increase visibility far from you the principal or the protected and must therefore look outwards.

Sequel to this, is improper placement of fittings or sockets in homes that compromise security where sockets are either located very close to kitchen or living room windows and or sited in porches in homes. Those sockets become source of electrical power to aid criminals with equipment to break into your homes easily.

It is therefore advisable or appropriate to site inner sockets far from windows and either fix no sockets in your porches or have it fixed with control switch located inside the room. Just ensure to have the sockets switched off until there is the need to use them.

The relevance here is that, criminals cannot have it easy cutting your burglar resistance with your own electric power. It is also important to have a Security Architect or Physical Security Professionals conduct vulnerability assessments in your homes from time to time, even before you build a house or any structure.

The alarm itself is sited far from hand-reach and placed in front or outside the facial panel of the roof with the switch located in the principal’s bedroom or convenient location.

The alarm system achieves deterrence, detection and prevention roles when the alarm is visible for the intruder to see and not conceive the intention to commit the crime in the first place, but when the intruder transcends deterrence or detection and initiate the act of committing the crime, he or she gets prevented with burst sound of the alarm to the hearing of the whole community and thus prevent the crime from being committed.

It is therefore imperative that individual homes are fitted with intruder alarm systems as part of physical security measures to ensure personal security. The relevance of the alarm system when replicated in neighbouring homes is that, it helps deter, detect, deny, defeat and devalue purpose of committing crime when the alarm system is well networked and coordinated in the community.

Neighbourliness promotes good physical security in ensuring personal security, as it is a disposition to be friendly and helpful to neighbours. People often wonder how committal of crime become a reality in the midst of neighbours. It is a common knowledge that some people are introverts and unapproachable by nature and others too are welcoming in a community.

The situation where there is no good relation between neighbours, crime can be ongoing with noise to the hearing of the other but the fellow won’t make efforts to enquire or act to prevent the crime.

Keeping at peace with neighbours is critical to ensuring personal security at homes. It is therefore important individuals ensure good neighbourliness in residential communities. The relevance is huge for personal safety and security.

There are several other physical security measures to ensuring personal security like community vigilante, fencing, fire safety and environmental awareness among others but shall be discussed in the next periodicals.

As the State carries out its part in ensuring the internal security measures are apt, individual citizens must also compliment the State’s roles by putting in place physical security measures like burglar resistance, electrical installations, intruder alarm systems and neighborliness as part of their personal security responsibilities.

A GLANCE AT RUSSIA – ON HER MOTHERLAND DEFENDER’S DAY