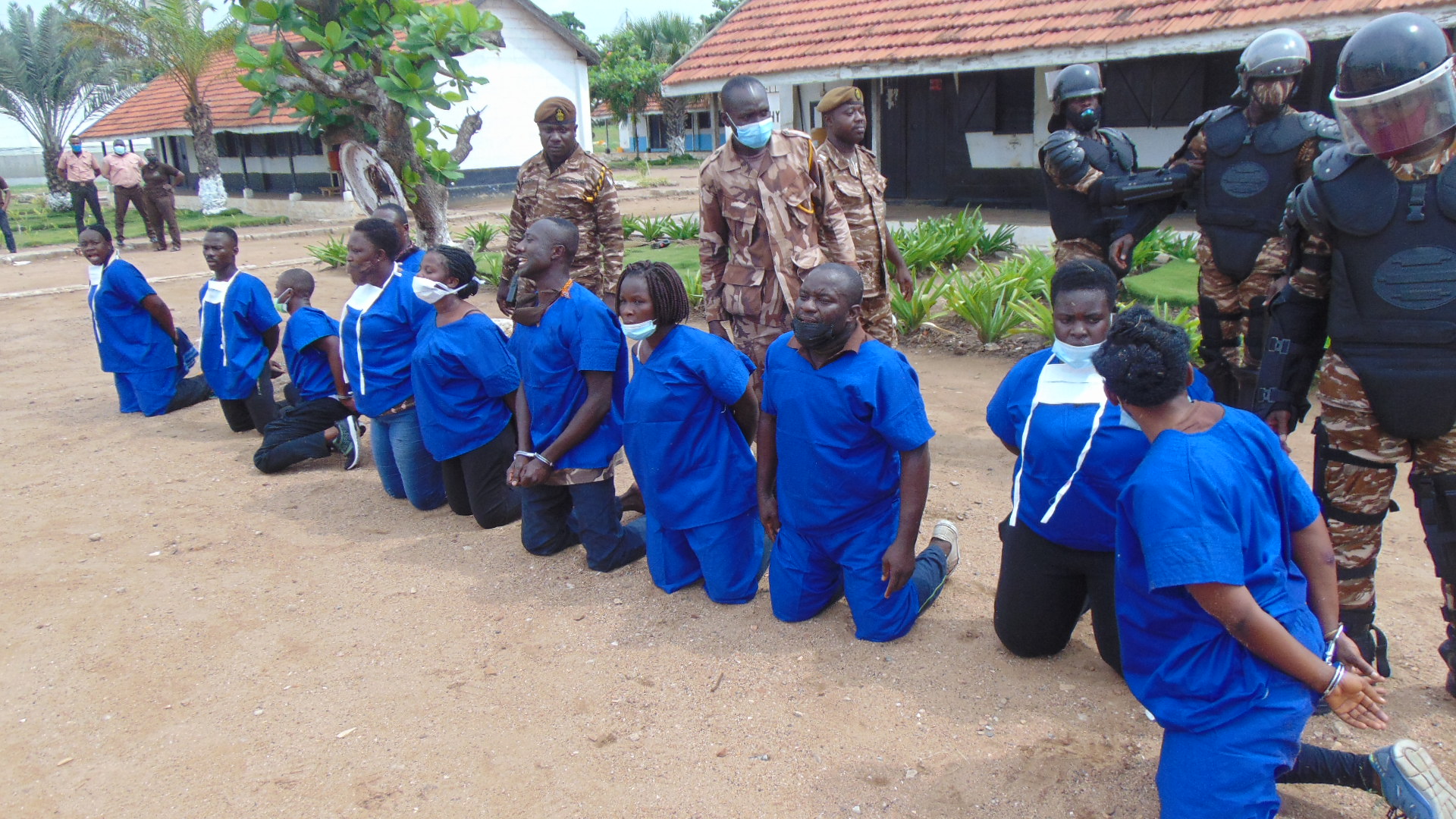 Security agencies in the Greater Accra Region have rounded up EXERCISE EASTERN SHIELD II, which had objectives to practice troops on Internal Security (IS) Operations, assessing various levels in practical leadership, Command and Patrol of troops in IS Operations and to enhance multi-agency cooperation in elections related security issues.

Speaking to the press after the training, the General Officer Commanding (GOC), Southern Command (S/COMD) – Brigadier General (Brig Gen) Abraham Yeboah Nsiah, said the military and the Police, Fire and the Prison services, have been appropriately exercised and that gives him confidence that with the support of all stakeholders, peace can be sustained for the development of our country.

General Nsiah stated that going forward, all security efforts will be harmonized to ensure smooth operations for the elections, therefore, voters should go peacefully and cast their ballots without causing any trouble, affirming that, if anyone does otherwise, the security services shall come at them, readily prepared, to ensure that Ghanaians vote peacefully.

“Earlier in the year, we had a joint training with the Police in the Ningo-Prampram general area, but the COVID-19 disrupted whatever we had planned, a month ago, we started exercising our troops in the West, then this week, we have had a field training exercises, to train and put ourselves in readiness and at acceptable level of preparedness, for the general elections”, the Army General stated.

“We have gone through various scenarios and some of the incidents that we anticipate could happen, we have contingencies to cover all of them, so I want to assure all that they can go about to exercise their franchise of the polls on the 7th of December, 2020, peacefully, without intimidation”, Brig Gen Nsiah said.

“The exercise brought out important lessons such as the multi-agency collaboration, which appeared properly, in a situation where the Fire Service attend to a fire situation without anticipating a crowd resistance of road block and rioting, but because of the setting up of the Joint Taskforce Headquarters, a message is relayed for the police and the military to intervene and handle the riot for the GNFS to quell the fire”, the GOC said.

Chief Superintendent Theodore Hormenu – Unit Commander of National SWAT, Police Headquarters and Coordinator for national operations with the military for Ex Eastern Shield, said the Police play a lead role in Internal Security operations, however, because of the setting up of the Joint Operations Command Centers, in some Divisions and Regions, it makes collaboration easy.

“This exercise has been a test-case for us to know our shortcomings, so that we would correct them before and during the elections”, Chief Superintendent Hormenu stated, adding that, “the Police have had enough training, as over 900 personnel have been trained tactically with shields and baton to manage crowd at Winneba, Huhunya and in the other Regions”.

DO3 Opare-Payne, of the National Operations Directorate, of the Ghana National Fire Service (GNFS), an umpire and coordinator for fire services at the exercise, said every fire station in Ghana is ready and poised for the elections, “… because we train almost every day, so I believe that our men are ready for any incident that may involve fire and to combat it”.

On the final day of Ex Eastern Shield, 48 Engineer Regiment practiced on clearing Road Blocks at the Nungua Police Barrier, and the Accra Regional Fire Service, the Regional Police SWAT (Special Weapons and Tactics), together with Southern Command of the Ghana Armed Forces (GAF), dealt with a fire situation that involved rioting and road block, at the Trade Fair Site, La.

The SWAT team, once again, teamed up with 153 Armoured, 64 Infantry Regiments and the Air Force, to train on rescue operations at the Black Star Square area, whiles a combine team of Five Battalion of Infantry (5Bn), Eastern Naval Command (ENC) with the Police, exercised non-violent and violent crowd dispersal, at the City Engineers Department, a constituency election collation center.

Then there was the Ghana Prison Service at Roman Ridge Prison Camp, Accra, where their Special team, alongside the military and police, to quell prison riot, whiles One Battalion of Infantry (1Bn), teamed up with ENC and the Police, to subdue crowd violence, at an assumed election collation center.