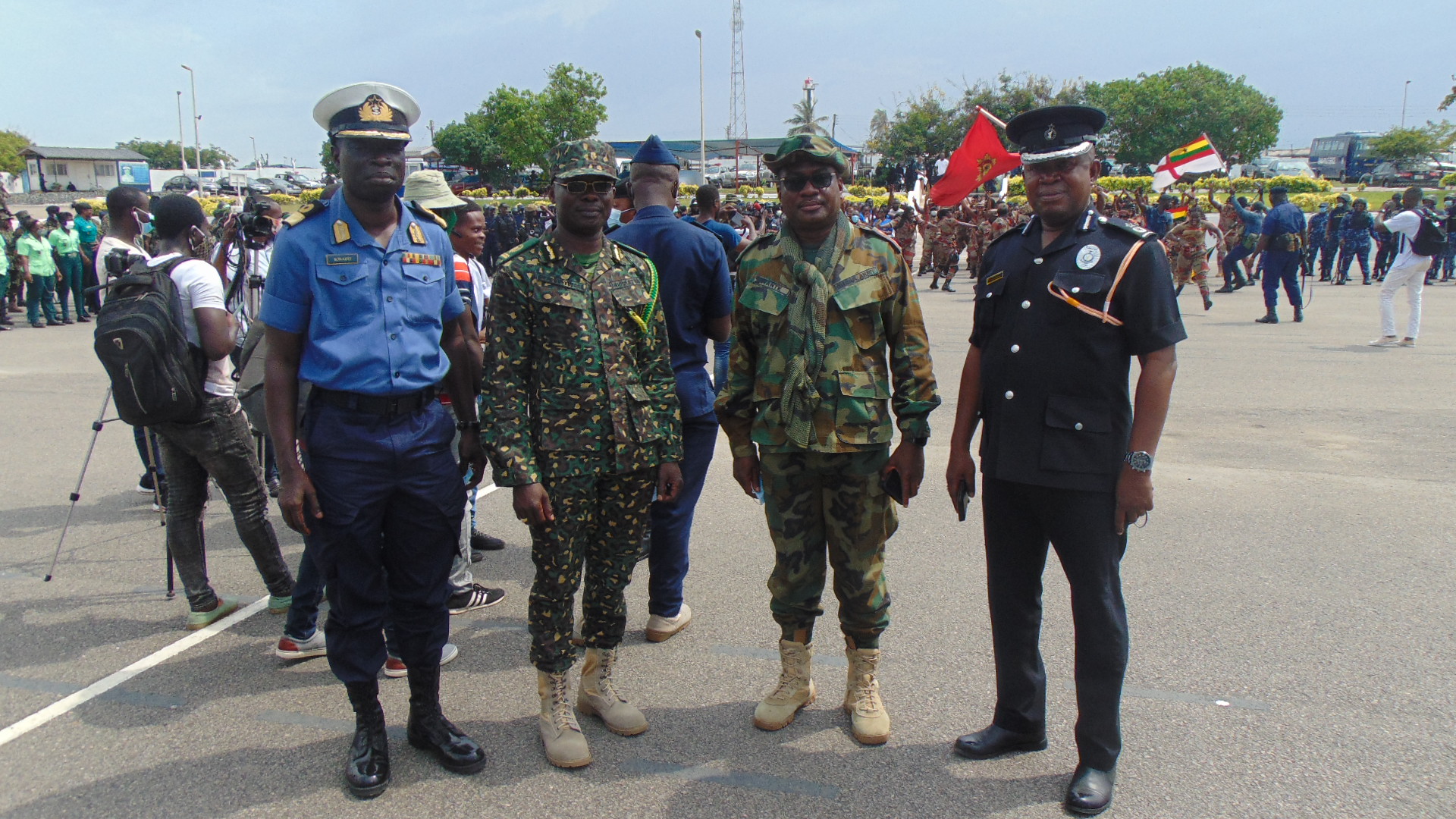 The security agencies in Tema, combined efforts to assure Ghanaians of their preparedness to help conduct the 2020 Presidential and Parliamentary elections peacefully and to maintain same atmosphere afterwards, with a mounted route march that covered a distance of about 110 kilometers within the Tema Metropolitan Area.

The mounted march, which received rousing responses from citizens who trooped to the roadsides to observe, started from the Ashaiman Divisional Police Headquarters, and routed through the Ashaiman Township to Afienya, back to Ashaiman Roundabout to Prampram, back to Kpone Barrier, to Tema Township, to Tema Manhean and finally ended up the Headquarters of the ENC.

Speaking to the press after the march, the One Garrison Commander and Flag Officer Commanding, ENC – Commodore Emmanuel Ayensu Kwafo, emphasized that the show of force by the security services, is not to intimidate law-abiding residents or voters, but to protect them from persons who may want to disturb the peace of the Metropolis, during and after the polls.

Commodore Kwafo also assured the general populace that the security services have collaborated in training and drills, to ensure that all aspects of potential threats to peace, will be confronted and averted, thus, everyone should go out and confidently express their choice at the polls.

The Police Commander of the Tema Region – Deputy Commissioner of Police (DCOP) Barima Nana Sasraku, corroborated the Garrison Commander’s comments, stating that offenders of the law will be dealt with, per the criminal laws of the country and not on any partisan consideration.