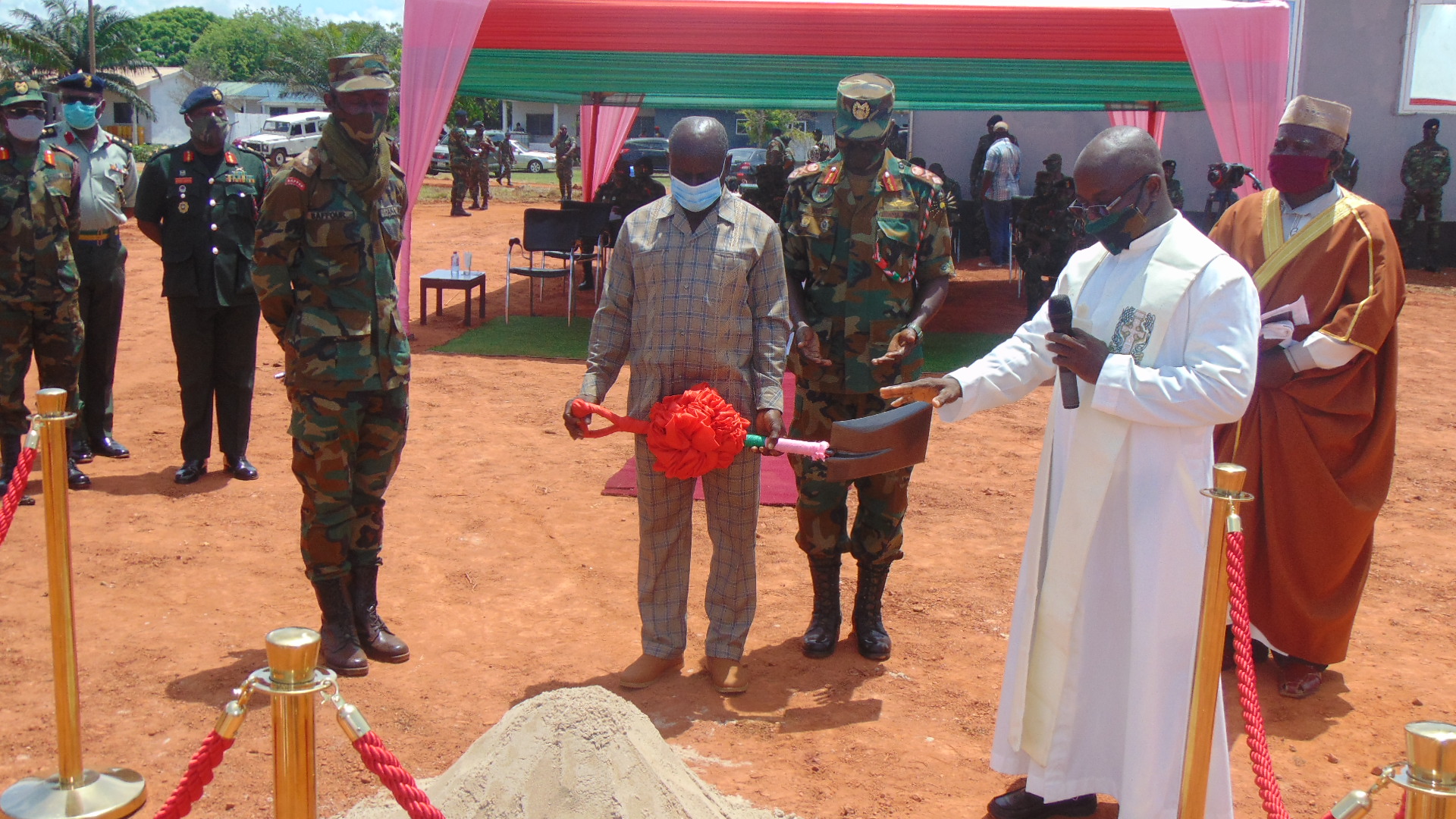 The wind of zeal to close the accommodation deficit for personnel of the Ghana Armed Forces (GAF) has once again hit Southern Command (S/COMD), who have dared to commence the construction of two facilities at the headquarters, to host its Officers and Other Ranks (OR), stationed outside Accra, who would be detailed for assignments and would need a place to lay their heads, temporarily.

A groundbreaking event, with the Deputy Minister for Defence and Member of Parliament (MP) for Nkoranza North – Major (Rtd) Derek Oduro, as the Guest of Honour, took place at the Kpeshie Ridge, Teshie, the headquarters of the formation, on Wednesday, 13th May, 2020, for the two Transit Quarters, which would be known as TARANTULA TRANSIT QUARTERS.

The estimated Three Million Cedis (GHS 3M) worth, self-funded projects, with expected support from friends of the Command and philanthropy, are designed to take, not less than twenty-four (24) officers and seventy soldiers, respectively, but may accommodate a double of those numbers, if bunk beds are used for furnishing.

Already, building materials have been availed at the site, and a Project Implementation Committee, has been selected and inaugurated, to oversee the smooth construction of these facilities, which is expected to be completed in about a year.

Speaking at the event, Maj (Rtd) Oduro approved the quest, saying that “Commanders at various levels within GAF, are making frantic efforts at addressing the accommodation challenges within the Armed Forces. These efforts aimed at augmenting Government’s efforts, are laudable and highly welcome”.

The General Officer Commanding (GOC), S/COMD – Brigadier General (Brig Gen) Abraham Yeboah Nsiah, showed the need for the project, stating that some personnel of GAF, stationed outside Accra, who are due for short duration relieving duties, PROMEX Cadre, conventions, extra-regimental courses, which are non-residential in nature, are frustrated by the status quo so much that some Civilian Employees, decline offers to attend courses in Accra.