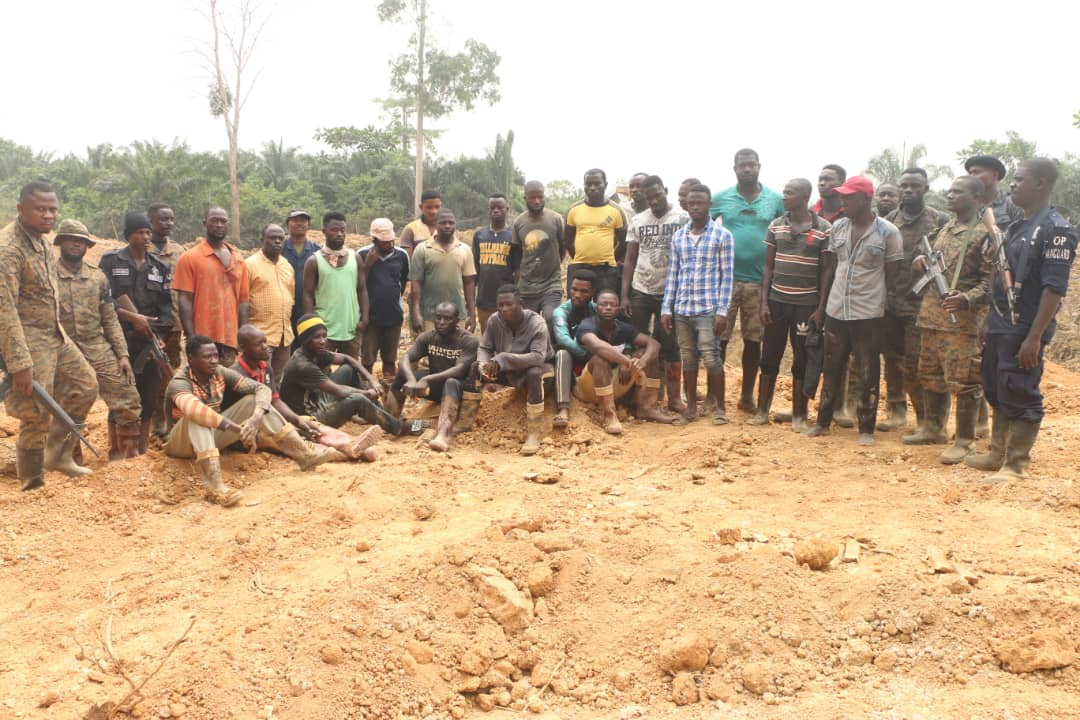 The Joint Operation Taskforce of the Ashanti Forward Operating Base (FOB Ashanti), led by the Chief Operations Officer (COO), has embarked on a special operation to halt illegal miners still engaged in despicable activities on River-Offin and the general area of Bipotintin enclaves in the Amansie West District, arresting forty-four (44) Ghanaian nationals, suspected to be engaged in illegal mining.

In a separate development on Saturday 1st – 2nd February 2020, FOB Ashanti conducted another 2-day routine Patrol within Tepa and Konongo general areas, with the aim of locating illegal mining sites, arrest perpetrators and possibly seized their equipment, according to the leader of the patrol team – the Officer Commanding FOB Ashanti.

At a suspected illegal mining site at Gogokrom, in another development, six (6) Ghanaian nationals, were arrested and handed over to Abuakwa Divisional Police Command for necessary criminal proceedings to continue.

Additionally, the patrol team arrested three (3) Chinese Nationals and two (2) Ghanaians at an illegal site at Konongo, where the suspects were also handed over to Konongo Divisional Police Command, for further action.

Despite the erroneous perception, regarding the success of the activities of Operation Vanguard, the joint military – police Anti-Galamsey Taskforce continuously remain resolute in enforcing the President’s vision to raid all illegal miners, degrading and destroying our water bodies and forest reserves.