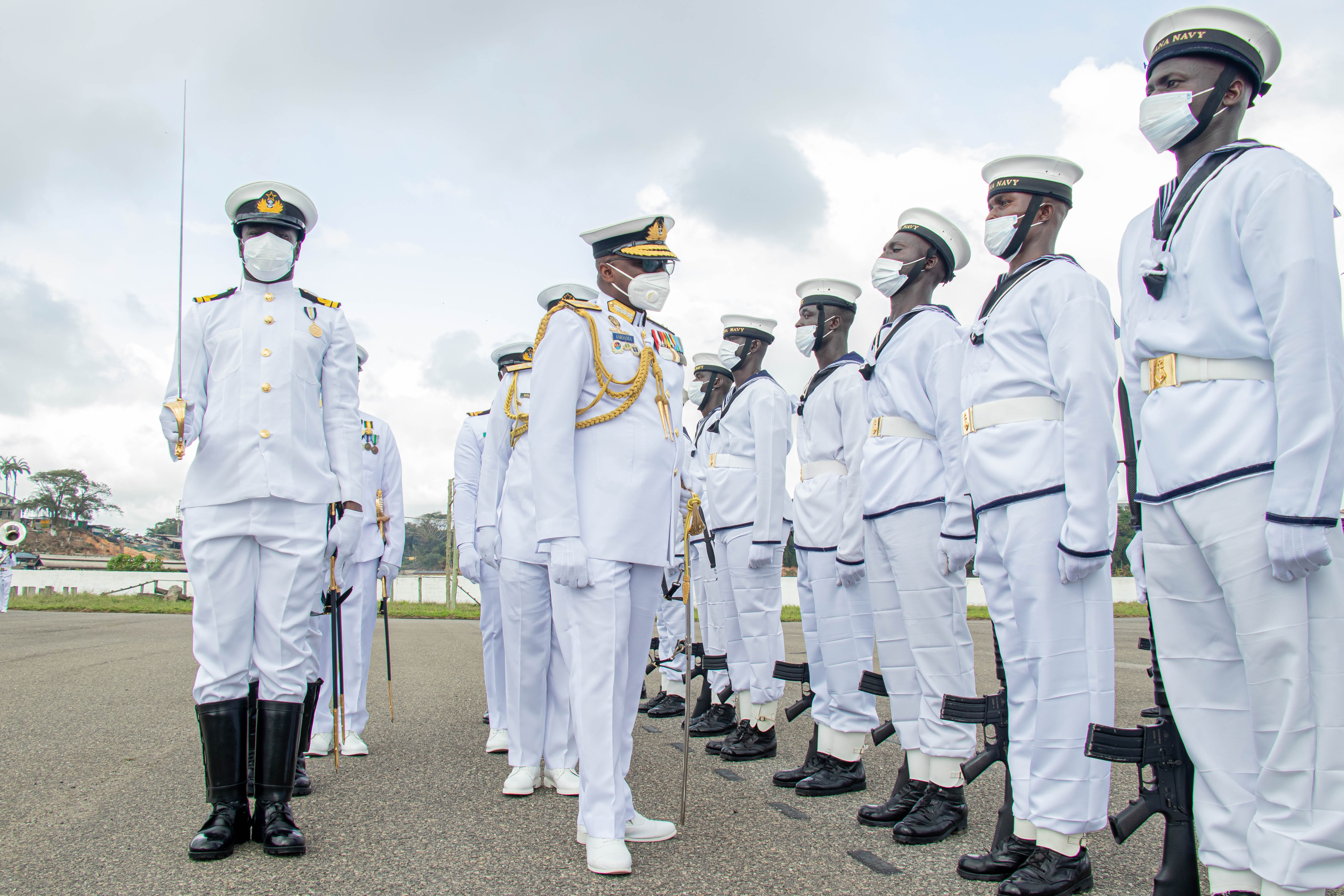 Ghana Navy has held a joint special parade – the maiden Chief of the Naval Staff’s (CNS) Ceremonial Parade and the annual Inspection and Fleet Review in honour of CNS Rear Admiral (R/Adm) Seth Amoama, and to assess the state of preparedness of the Ghana Navy Ships (GNS) and Shore Establishments.

The inspection, which is conducted every two years and rotates among the various Commands of the Navy, and brings to attention the readiness of the sea lords, to combat security threats, was held on Friday, 30th October, 2020 at the Western Naval Command (WNC) in Sekondi.

A team of personnel from the Naval Headquarters, well vested in different trades and branches of the Navy, conducted the Administrative Inspection, to set the grounds ready for the Admiral’s inspection.

Resulting from this peculiar inspection, reports are compiled and sent to the headquarters, with copies to various units, to effect necessary corrections, accordingly.

Addressing the parade, Admiral Amoama commended leadership of the Navy at all levels, expressing satisfaction in the command’s resilience in performing tasks and also encouraged personnel to work with zeal.

R/Adm Amoama further applauded the Commodore Superintendent, Naval Dockyard – Commodore (Cdre) Wayoe, for the efficient use of limited logistics to run the yard, and also service the equipment onboard the ships, which gave the command the momentum to “Cross the Line” – sail across the Equator.

The CNS also assured the military personnel of government’s efforts in retooling the Navy and the Ghana Armed Forces (GAF) at large, and his interest in providing accommodation for personnel.

Admiral Amoama hinted that Ghana Navy is making efforts, to complete accommodation projects which are at various stages of completion, as well as replicating the Biekro Barracks located in Tema, for personnel in Sekondi.

The Admiral acknowledged the effort put in training personnel to perform their various duties, stressing that, he will ensure personnel have the requisite training to man various naval platforms.

At the parade, Commanding Officers (Cos) of the ships that sailed to the Equator – GNS YAA ASANTEWAA, GNS GARINGA, GNS EHWOR and GNS BLIKA, together with their Coxswains, were awarded certificates and “King Neptune Badges”, on behalf of their ships’ company, to mark the significant event of Crossing the Line.