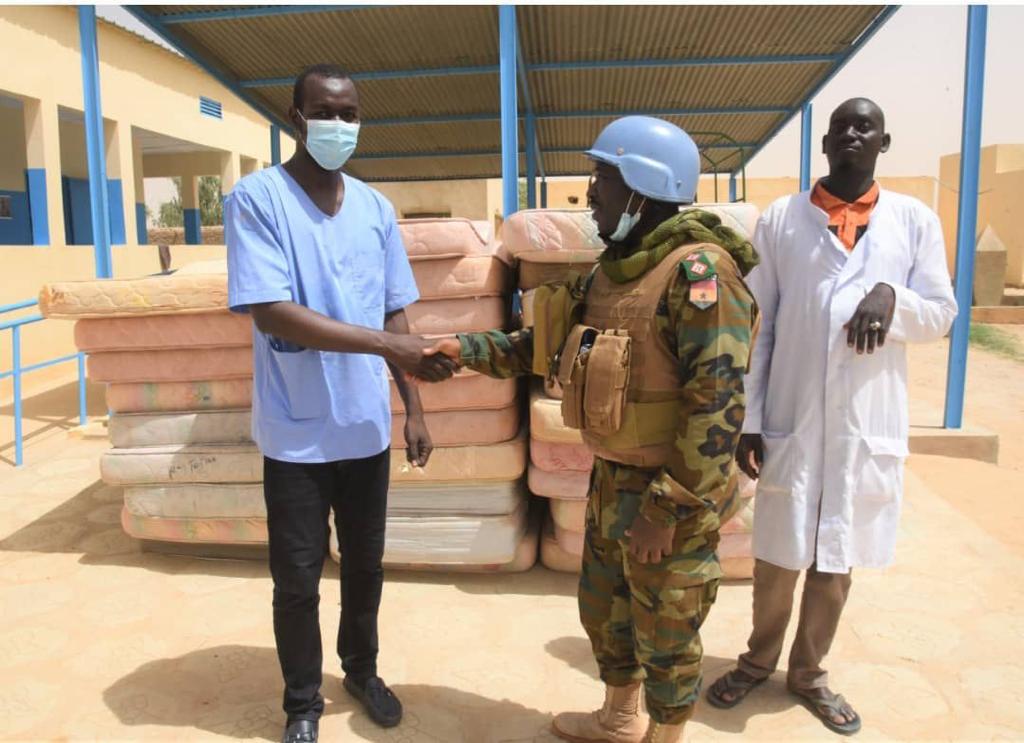 The United Nations Multidimensional Integrated Stabilization Mission in Mali (MINUSMA) Ghana Engineer Company 10 (GHANENGCOY 10) has donated a quantity of unused mattresses to the Toya Community Health Centre in the Timbuktu Region of Mali, in response to a request made by the community and the Hospital Administrators for assistance through the Sector West Headquarters.

The donation which was made on Thursday 7 July 2022, was received by Dr Cisse Alphady – the head physician at the facility.

GHANENGCOY 10 responded to the request and made the donation to the health Centre as part of its Civil-Military (CIMIC) responsibility, based on earlier assessment done in conjunction with the Sector Headquarters CIMIC Office to the effect that; the Community Health Center had only 3 mattresses that were in a deplorable state.

The Unit Commander – Lieutenant Colonel (Lt Col) EK Poku indicated that CIMIC Relations are held high within the Ghana Armed Forces and, just as previous GHANENGCOYs had offered support to the locals within the Timbuktu Region, GHANENGCOY 10 will continue to support the region, within its available means, to promote cordial relations between the local community and MINUSMA.

The Head Physician, after receiving the mattresses from the Unit, expressed appreciation for the support and promised the mattresses will be used for the Toya Community, which has a population of about 8,000 locals, and is located about 20 kilometers from Timbuktu main city.