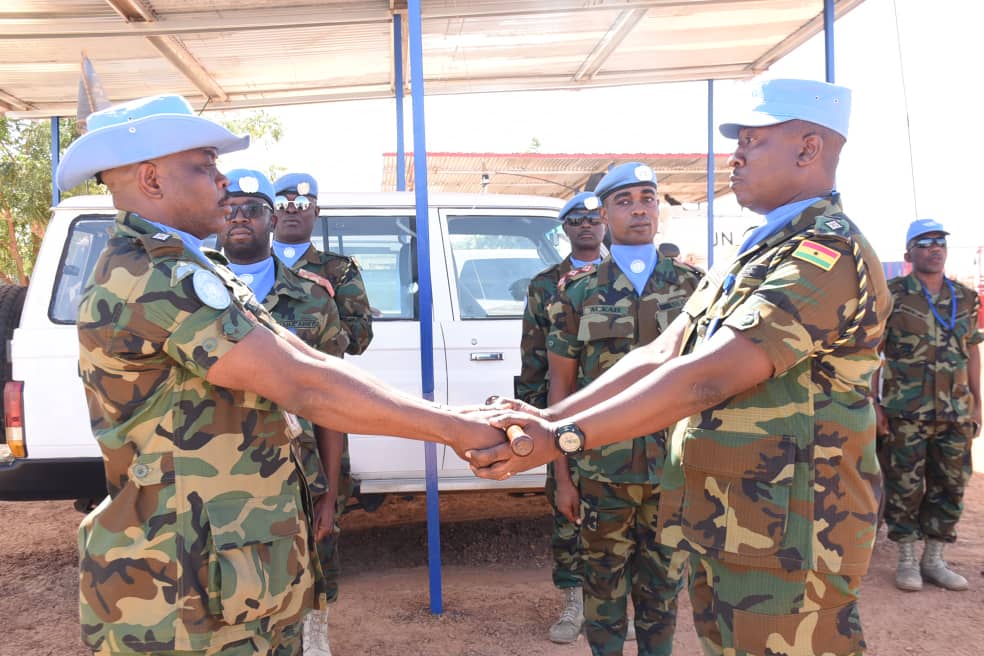 The Sector West Commander of MINUSMA – Brigadier General (Brig Gen) Eno Eno Eyong, who was the Guest-of-Honour, commended the GHANENCOY, for the outstanding performance in the discharge of duties.

Brig Gen Eyong lauded the outgoing OC for his good works and quick responses to task orders, and thus urged the new Commander – Lt Col Agbenyega – to emulate Coy 7, in order to further lift high the flag of Ghana, in the MINUSMA theatre.

In his remarks, the in-coming commander also commended the outgoing commander and his troops for the successful completion of their mandate, thanked the Sector Commander, for honouring the invitation and promised to keep the flag of Ghana, high.

Lt Col WLK Djiyehue on his part, admonished Officers, Men and Women of GHANENGCOY 8 to be committed to the task ahead of them in supporting their command to lift high the flag of Ghana and her Armed Forces in particular.