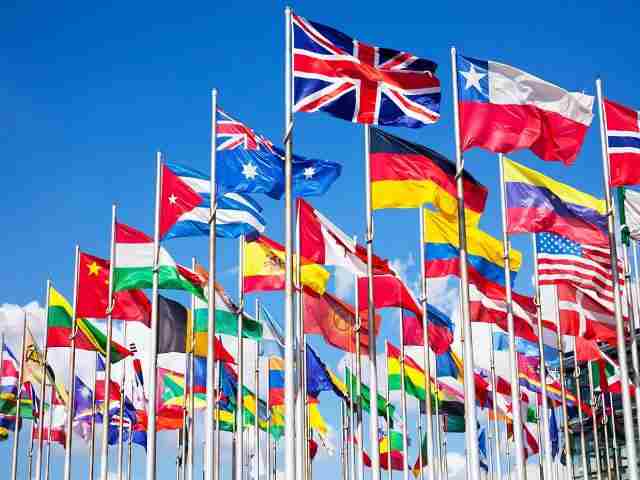 Security is about the pursuit of freedom from threats and the ability of states and societies to maintain independent identity and their functional integrity against forces of change which they see as hostile. The bottom line of security is survival, but it also reasonably includes a substantial range of concerns about the conditions of existence.

World events in recent years have led observers, particularly since late 2013, to conclude that the international security environment in contemporary times has undergone a shift from the post-Cold War era that began in the late 1980s and early 1990s, also sometimes known as the unipolar moment (with the United States as the unipolar power), to a new and different situation that features, among other things, renewed great power competition with the rise of China and Russia gradually eroding the US-led international order that has operated since World War II.

It is pertinent to note that the concept of global security has greatly evolved from what we know it to be. Today, the main threats to international peace and security are rooted in situations within states, terrorism and other threats rather than between states.

Conflict is evolving due to the changing international security environment, but it is not getting any simpler; the range of threats is actually expanding. Non-military dimensions have an important influence on security and stability. Competition for resources, severe environmental breakdown, the resurgence of infectious diseases, poverty and growing wealth disparities, demographic pressures, joblessness and livelihood insecurities are some of the threats.

Environmental degradation, social conflicts and social strife, poverty, diseases, et cetera are issues which have become more of a security concern than traditional military antagonism between states. Military, Political, Economic, Social and Environmental Securities do not operate in isolation from each other. Each defines a focal point within the security spectrum, and a way of ordering priorities, but all are woven together in a strong web of linkages.

This has made contemporary character of conflict highly complicated and the boundaries between the types of threat are increasingly unclear. As a result, planning military operations needs the ability to focus not only on specific threats but also better evaluate environmental factors to determine the root causes of, and catalysts for, the conflicts that produce these threats. Furthermore, a firm grasp of culture and the prevailing political and strategic situations is necessary in dealing with these threats. It is against this milieu that this write-up seeks to examine the effect the current international security environment would have on contemporary and future warfare.

Legitimate Use of Force

The post cold war state in the contemporary international and domestic security environment has lost the monopoly over the legitimate use of force. As a result, terror attacks through the illegitimate use of force by non-state actors against the state and unarmed civilians has taken the centre stage of modern warfare. The rise of terror attacks and the fight against terrorism has created new patterns of warfare with emphasis on protection of civilians.

The fight against terrorism is not a confrontation between professional armies but rather struggles between military and civilians in the same country, or between hostile groups of armed civilians. As a result, wars have become deadlier for innocent civilians especially on children. More and more wars are essentially low-intensity internal conflicts, and they are lasting longer.

Increasingly, wars are fought in precisely those countries that can least afford them. The number of refugees and internally displaced persons is growing at alarming speed. Children and women make up an estimated 80 per cent of displaced populations.

There is so much uncertainty in international security environment due to the activities of terror groups. The terror attacks in New Zealand Sri Lanka are indicative of the fluid nature of the international security environment. National or international terrorism could result in mass casualties or damage to critical national infrastructure and their strategic effect is likely to be devastating. As a result, regular and irregular approaches to warfare will be fused in novel and unexpected ways.

Furtherance to this, it is a well-established fact, that these non-state irregular actors are gaining parity with regular state actors in contemporary technological capabilities, and as a result it has eroded the tremendous asymmetrical conventional warfare advantages once exclusively enjoyed by regular armed forces and state actors.

This leveling of the playing field has been enabled through decreased costs of modern information technology and low barriers of entry to attaining precision weapons; stealth capabilities; sophisticated commercial and military command and control (C2) capabilities; advanced intelligence, surveillance, and reconnaissance (ISR); and relatively cheap access to commercial and government-sponsored space and cyber capabilities.

As a result, future warfare is likely to continue to exhibit concurrent inter-communal violence, terrorism, insurgency, pervasive criminality as well as widespread disorder. Hybrid forms of internationalized intra-state conflicts are going to be prevalent, often overlapping with organized crime and elements of international terrorism.

This has led to hybrid nature of war in contemporary times. This trend reflects the essence of future warfare, and is aimed at exploiting the weaknesses of state actors and regular militaries by irregular non-state armed groups using a wide variety of techniques to project brute force against the state, regular militaries and defenseless civilians.

It is also pertinent to note that the rivalry amongst great powers for resources could lead to renewed regional low-level conflicts, proxy wars, increased proliferation and resource competition. State-on-state conflict will still be possible though as regional rivalries erupt and the quest for military hegemony and global reach of great powers continue.

Need for Comprehensive and Extended Response to Warfare

Uncertainty and complexity are enduring characteristics of war; however, the contemporary security environment is full of unexpected threats and volatility for which regular militaries must be prepared to address within the shortest possible time to avert complex humanitarian crisis. This state of affairs has expanded the range of responses and resources required to address contemporary security threats.

As a result, the military instrument must be configured to deliver complex logistics support to war zones. Additionally, we must understand that the military instrument alone can rarely, if ever, deliver decisive strategic effect. Enduring success will invariably require the careful integration of all assets of national power. This calls for Combined, Joint, Intra-governmental, Inter-agency and Multinational (CJIIM) approach.
The integration of assets at lower levels, technological advances and an increased emphasis on legal constraints on the use of some modern military weapons must be taken care of in planning and execution of military operations.

Human interaction is also becoming more fluid as a result of the revolutions in communication technologies. Rapid improvement and spread of information technology and social media platforms with virtual capabilities and global reach has resulted into complexity in the battle-space. Cyber space, cyber security and imminent cyber attack has become a security concern in contemporary warfare.

Cyber-attack is attack on computer network or cyber security mechanism with virus or accessing internet network and making it non-functional. Cyber attacks are comparatively anonymous and cheaper as compared to traditional military operations. It can engage a variety and enormous number of targets at a go and can be conducted remotely. It makes computer security vulnerable; it has implication on security of troops, impact on national economy, affects information security, impacts on banking and financial institutions and ultimately interrupts the daily life of the populace.
The Prime Minister of New Zealand, Jacinda Arden used the terrorist attacks on two Christchurch mosques in March 2019 to demand that the biggest internet platforms do more to stamp out violence and extremist content.

The complexity of the security environment requires open-mindedness, agility, flexibility and ability to adapt to work through these challenging complexities. The complexity of modern conflict, associated to the dynamic nature of the information environment, demands an adaptable and integrated approach of collaboration between military and civilian capabilities and platforms like WeChat, Facebook, WhatsApp, TikTok et cetera.

Increase in Use of Sophisticated Technology and Artificial Intelligence

The use of the cyber space and its possible attack by regular and irregular forces is likely to change warfare. Warfare may involve superior technology and use of advance and sophisticated Artificial Intelligence capabilities. Wars can be won by winning the fight over the battle space to gain unrestricted leverage over the information warfare to instigate widespread fear and chaos without necessarily employing a nations hard power. Innovations such as autonomous technologies, artificial intelligence, and smart data will clearly play larger roles in the wars of tomorrow.

Non-traditional security threats like unemployment, food insecurity and transnational crimes have the potential to escalate conflict situations. The need for massive logistics planning, dumping and support will take the centre stage of future warfare. Militaries must have the capacity to lift massive logistics support to address challenges of non-traditional security threats.

Sustenance of military operations would become extremely important. The ability of regular militaries to deploy rapidly and sustain military operations to address non-traditional security threats would become a feature of future warfare. Mobility and survivability will continue to drive increased requirements for strategic mobility, fuel, ammunition and other critical sustainment needs. In doing so, they will preserve the ability to project military power, rapidly replace lost combat power, enable global reach, freedom of action, and continuity of operations in order to meet military objectives.

Because of the seemingly virtual and borderless nature of the international security environment, military cooperation and joint combined operations will be the antidote for future warfare. No one state actor can single-handedly deal with the challenge of illegitimate use of force against soft targets by irregular armed non-state actors.

It is pertinent to note that what worked yesterday or today may not work tomorrow. Hence overcoming these challenges and the many that will follow requires innovation and critical thought on how to conduct military operations in the joint operation environment. To succeed on future battlefields, state actors and regular forces must be willing to think differently, challenge routine processes, and expand their minds about concepts not previously accepted.

Intellectual ability, flexibility and stamina premised on sound military thought and doctrine will be very critical in winning future war. Ultimately, it is proven intellect, use of and protection of superior information, agility, ingenuity, and ability to adapt faster than non-state irregular forces that will lead to winning future wars.

UNCOORDINATED SECURITY OPERATIONS IN GHANA: A RECIPE FOR GAP EXPLOITATION BY...