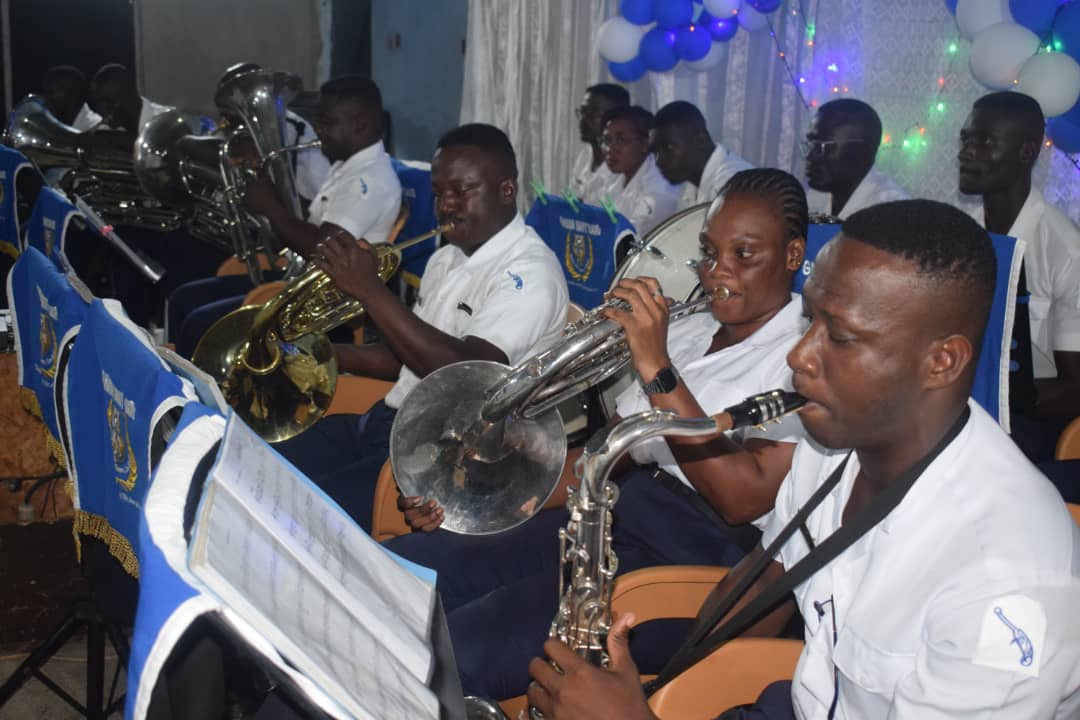 The Course which was held at the Leadership Training School (LTS), Tema Naval Base, commenced from Friday 25 March and ended on Friday 17 June 2022, whiles the splendid public performance took place at the Steve Darbo Shed, on Thursday, 16 June, 2022, with the Flag Officer Commanding (FOC), ENC – Commodore (Cdre) Emmanuel Ayesu Kwafo, as the Guest of Honour.

The FOC, speaking to the audience, opined that every circumstance of this world has music, and with the belief that everyone has their peculiar talents given by God, to contribute to the success of his Command, should anyone moot a feasible idea, he would not hesitate to give his go ahead.

The FOC, a couple of months ago, saw to the construction and commissioning of a BAND HALL, which was used during the tutelage to aid in rehearsals and is also for use for all band activities of the Command.

The Commanding Officer (CO), LTS – Lieutenant Commander Salifu Musah, in his welcome address said, it is the first time the ENC was witnessing a band concert by students, and the Navy as a whole, and that the Young Ratings reported to the LTS, have completed their Course and been given an opportunity to perform what they had learnt in the classroom, to an audience, as it is the nature of their engagement in the Service.

The Course, which was designed to improve the proficiency of Bandsmen and also consolidate their knowledge in Armed Forces Regulations Volumes and Navy General Orders 2020, was aimed at producing competent and confident Bandsmen in the Ghana Navy.

The practical phase traversed Individual Assessment on Instruments, Class Composition, Practical Performances and Band Drills for students, who reported for the course as average bandsmen with various levels of knowledge in Rudiments and Theory of Music and practicals.

Presently, the students are able to play the formal renditions of the Ghana National Anthem, Ghana Navy Anthem, Yen Ara Asaase ni, General Salute, Obedience, Military Marches (in slow and quick time) and many other kinds of music, can interpret rhythm and can perform on their various instruments, with the military band.

The brain behind the Band Concert was Naval Lieutenant (Lt GN) Theophilus Stanley Brocke, who is Officer-In-Charge, Ghana Navy Band, and is the Officer who composed the current Ghana Navy Anthem.