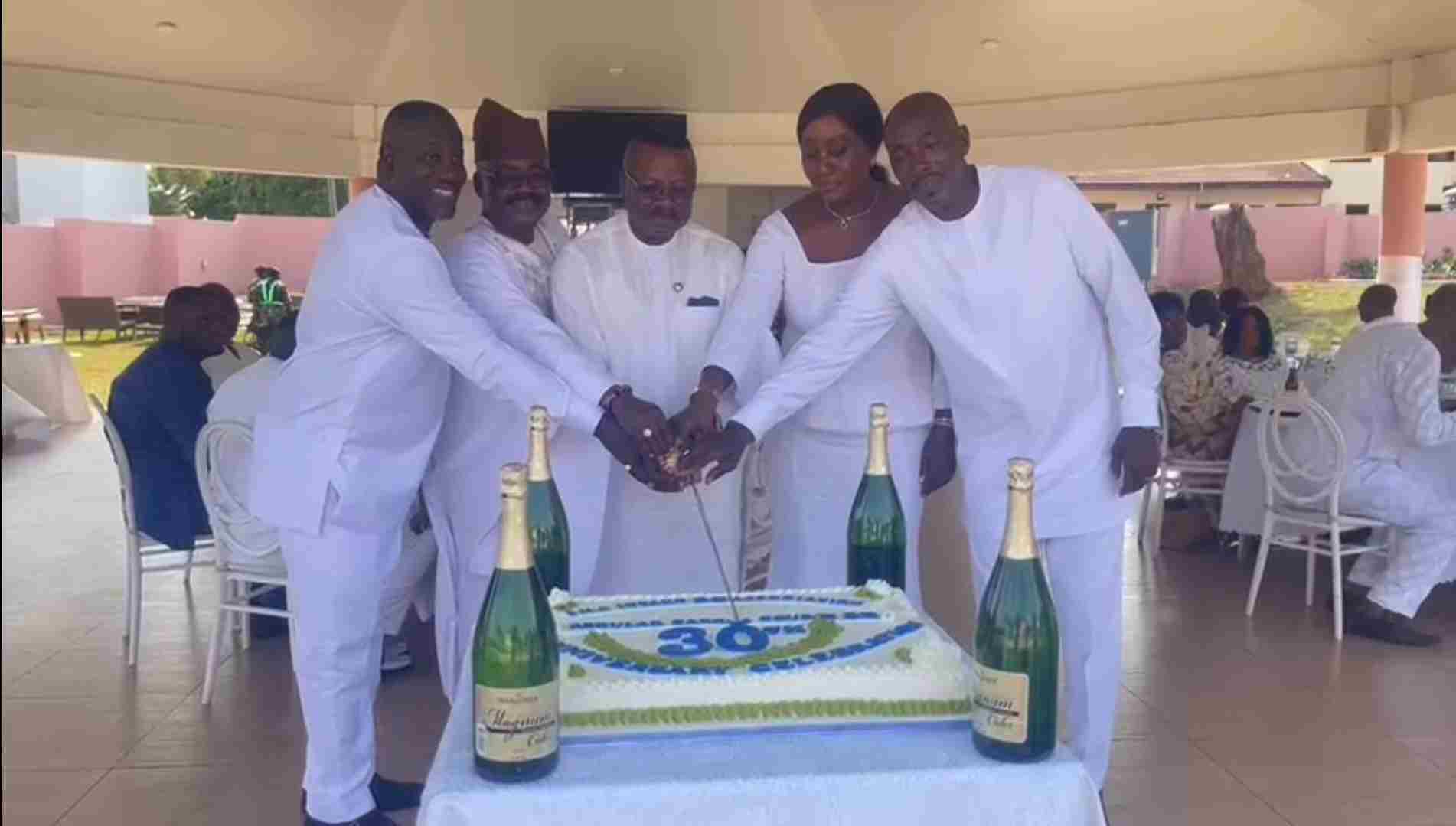 Ghana Military Academy (GMA) Intake 32 have commemorated 30 years anniversary of their commissioning into the Ghana Armed Forces (GAF) with a luncheon and thereby announced a GHC500,000 fundraising project towards providing medical equipment to support healthcare provision at the 37 Military Hospital (37 Mil Hosp).

The luncheon took place at the Command Mess, Burma Camp, on Sunday 21 August, 2022, where the Chief of the Defence Staff (CDS), GAF – Vice Admiral (V/Adm) Seth Amoama was the Guest-of-Honour, after a thanksgiving church service at the Garrison Methodist Presbyterian Church, Burma Camp, Accra.

The cohort of distinguished Senior Officers (serving and retired), some holding very key appointments in GAF, and in various positions of society, were lauded by the CDS for their magnanimity and inclusiveness of members of the Intake who started military training with them, but in 1990, due to unavoidable circumstances, could not be commissioned with them.

The 1990-cadre whose Motto is “UBUNTU” – a Zulu expression which means “I am because you are”, were urged by the Defence Chief to importantly reflect and thank the Most-High God for how far He has brought them and their families, and for the many favours and grace He has unconditionally showered on them.

Admiral Amoama used the occasion to encourage the Senior Officers, past and serving, to resolve to help safeguard the security of Ghana, since it is a paramount requirement, if they are to celebrate and enjoy more fruits of their labour in an atmosphere of peace and tranquility, and to use resources at their disposal to protect the interest of the nation.

The President of the GMA Intake 32 Association – Air Commodore (A/Cdre) Joshua Mensah-Larkai, who doubles as the Commander, Air Force Base, Accra, recalled how thirty-two years ago, 61 Officer Cadets became a cohesive unit and a formidable force to achieve global excellence, later demonstrating commitment to preserve the bonds built, and being careful always to repair and close up any gaps that developed along the way.

“Our Army colleagues, as Platoon, Company and Battalion Commanders provided security to humanitarian agencies and attained feats that are now recorded as historic achievements in Ghana, Liberia, Rwanda, Congo and beyond.

Our Naval colleagues saw action in Liberia and my Air Force colleagues and I, as pilots, did our bit at all levels of Command in the Ghana Aviation Units (GHAV) of UNOCI in Cote D’Ivoire and MINUSMA in Mali”, the Base Commander reveled.

The group became an association five years ago on their 25th Anniversary, and then donated assorted items, including canopies and chairs to their alma mater, the Ghana Military Academy, and thereafter, in August every year, they reach out to families of their departed colleagues.

Subsequent anniversaries have seen the association make donations to institutions such as the Teshie Children’s Home, the Arakan and Duala Medical Reception Stations.

Other medical equipment will also be provided to medical facilities in 6 Garrison, Tamale, Northern Region.

Another attraction at the function, which had the theme “30 years of togetherness; braving the odds and breaking boundaries in service to God, country and beyond”, was the presentation of gifts to families of departed colleagues and other persons of special mention.