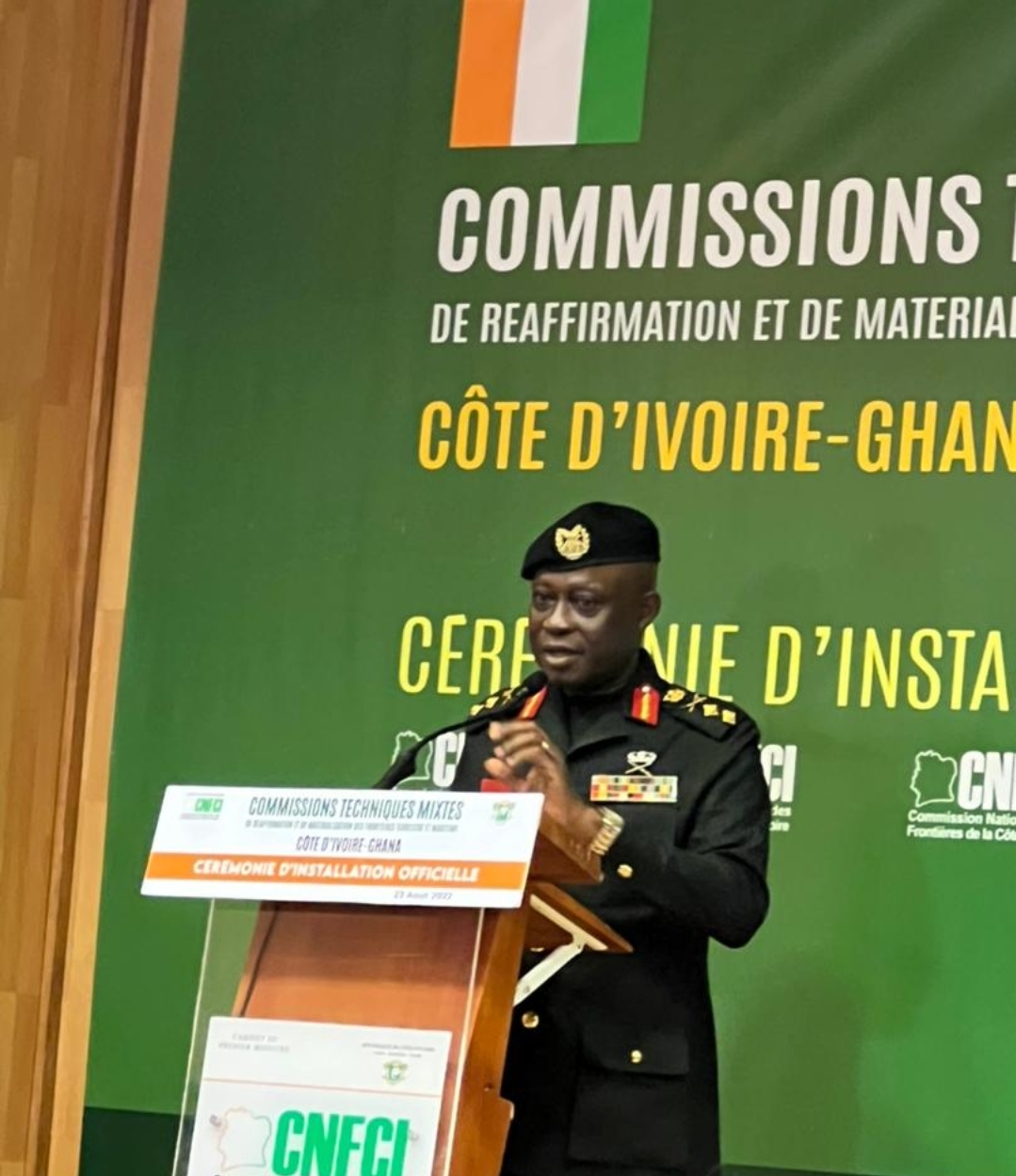 The National Coordinator of the Ghana Boundary Commission (GhBC) – Major General (Maj Gen) Emmanuel Kotia, has emphasized the need for negotiations, mediations and building good relationships with concerned countries, as a sure means of effective cooperation on issues pertaining to managing common boundaries.

The GhBC National Coordinator stated that anytime Ghana encountered boundary problems with Togo, for instance, the two countries discussed the issue bilaterally and came to an agreement; underscoring that it takes strategic staffing to achieve cordial rapport.

He further stated that the preservation of common pillars are the joint responsibilities of both parties, so that in the event where a pillar needed to be removed or installed, the parties must agree and be involved, and in instances where there was no legacy document to ensure a defined territory, parties must look for the documents or build agreement on mutual trust.

Responding to an enquiry by Dr Ahmed Sanoh – Deputy National Coordinator of the Sierra Leone National Security, who asked how GhBC was able to create a relationship with francophone countries despite the language barrier, General Kotia said the GhBC ensured that most of its key staff had French language background before enrolling them.

Commenting on a brief on the structure, organization and some activities of GhBC by its Director for Policy, Plans and Programmes – Mrs Sarah Ekuban, General Kotia added that GhBC is staffed with military personnel from the Army, Navy and Air Force, seconded to the Commission to provide technical assistance to land, maritime and air operations.

There is also an Immigration Officer responsible for border security issues, and an Intelligence Officer for gathering intelligence on the field, however, Maj Gen Kotia stressed on the importance of staffing such an office with young and energetic personnel, so they could acquire more experience for continuous running of the office.

General Kotia mentioned that before the inception of the GhBC, Ghana managed her boundary affairs with the erstwhile Border Commission of Ghana that oversaw border security, however, the GhBC, the General averred, ensures a defined territory under the precinct of statehood protocols for state recognition.

Assuring Guinea and Sierra Leone of GhBC’s willingness to assist them achieve a well-structured boundary commission for their respective countries, he cautioned that land boundary issues are very dicey and could take years to resolve, and that it was important for parties to consider supporting deprived border communities with water, access to roads, clinics, among other basic amenities.

The bilateral Abidjan meeting between GhBC and CNFCI, was a sequel to a contact meeting held in Accra in February 2022, to discuss ways of effective collaboration between Ghana and Ivory Coast, regarding their common boundaries.