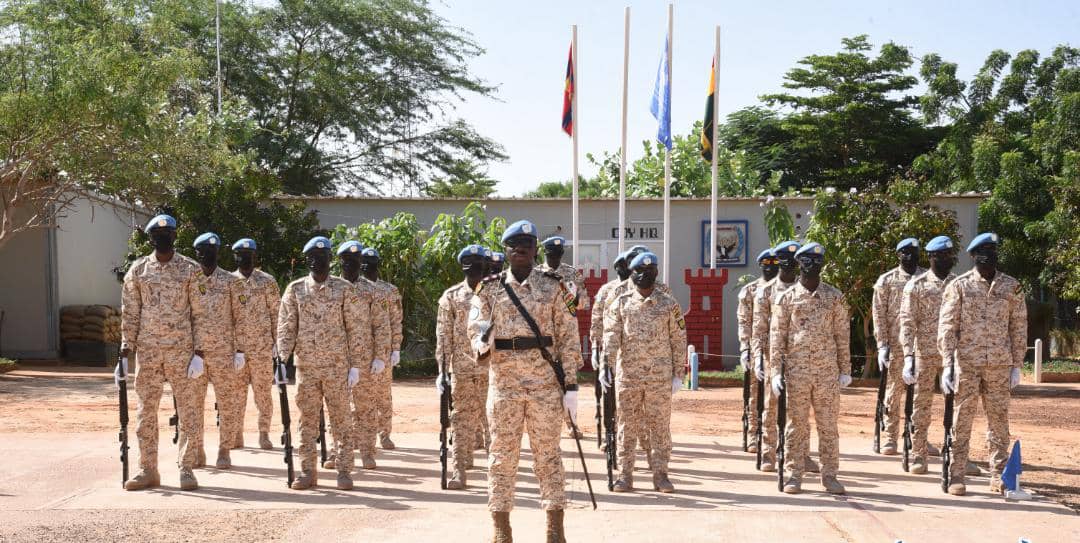 A short colorful flag raising ceremony was held on Thursday 22 September, 2022 on the parade deck of the Sappers Camp, Timbuktu, where the Malian national flag was raised, with the appropriate military compliments paid to signify the sovereignty of Mali and the authority of the state.

Prior to the Independence Day celebration on Wednesday 21 September 2022, the Ghana Engineer Company, in collaboration and coordination with the Governorate of Timbuktu, through the MINUSMA Sector West Headquarters, provided equipment support and personnel to clear and reshape the Market Route within the Timbuktu Township, to increase mobility within the market.

The task also allowed the GHANENGCOY 10 to conduct spot-improvements within the market, to ease traffic while improving civil-military (CIMIC) relations of MINUSMA, and was supported by the Governor of Timbuktu, who joined the military Engineer personnel in the township, and took the opportunity to initiate the commencement of the task.

The Officer Commanding (OC), GHANENGCOY 10 – Lieutenant Colonel (Lt Col) Edward Kofi Poku, used the opportunity to reaffirm the support of the GHANENGCOY to the people of Mali, congratulated the state on the attainment of its independence on 22 September, 1960 from France, and stated the Company’s commitment to the peace and security of Mali and the achievement of its mission mandate.