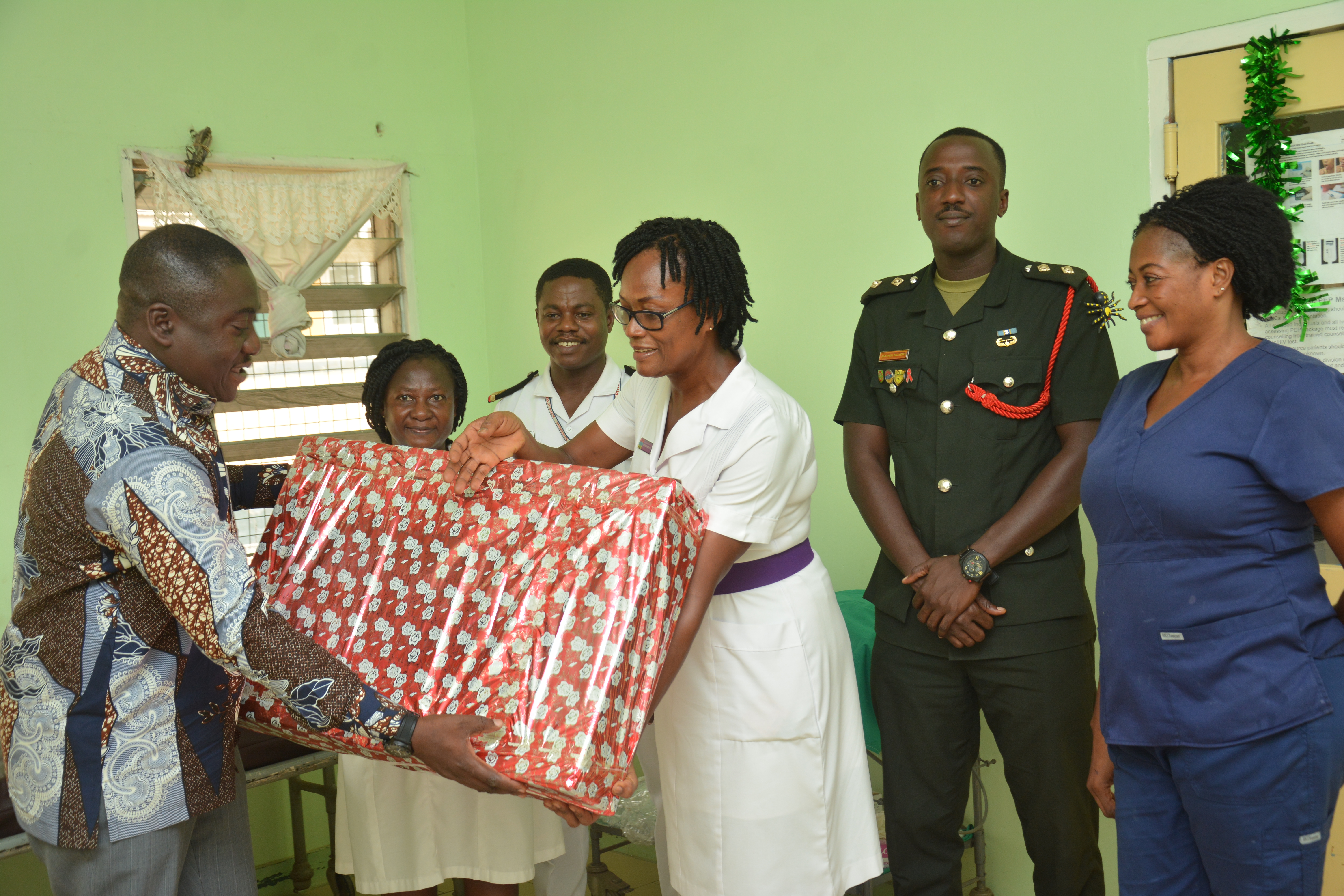 Ghana Peace Journal – your repertoire of dedicated defence news, has presented a television set to the Maternity Ward of the One Garrison Medical Reception Station (1 MRS), Michel Camp, to help ease their stress and to give their best in service delivery.

Presenting the flat screen television to health officers of the centre, on Thursday, January 9th, 2020, the Editor of the defence journal – Kofi Ampeah-Woode, expressed the desire to have been able to present more than the media house was offering, however, he prayed that the token would serve the purpose for which it was being presented.

The defence journalist, used the occasion to call on other more capable individuals and institutions, to pay attention to the little things, such as helping the 1 Garrison Primary and Junior High Schools, with little amenities such as adequate canteen, re-fixing the floors of their classrooms, providing fans for ventilation for better learning, and others.

Receiving the television set, the Deputy Director, Nursing Services (DDNS) – Mrs Emma Nartey, expressed delight at the gift, saying that, her superiors had given the health center a pen drive that contains critical education for ante/post natal mothers, but for the lack of appropriate set, the drive had been shelved, and that the set was an exact answer to her prayer.