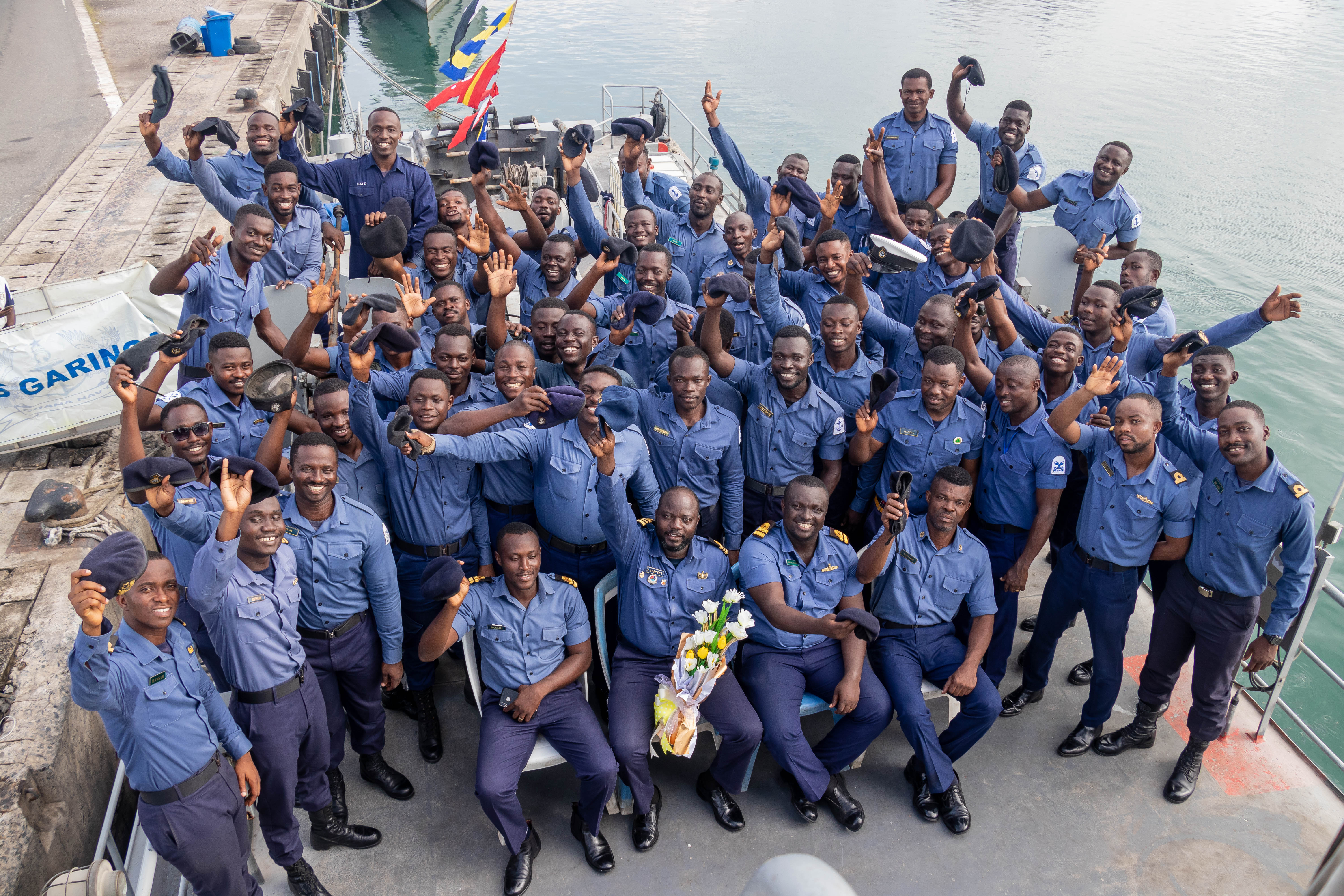 The Ghana Navy has revisited an old naval tradition of “Crossing the Equator”, known in naval terms as ‘Crossing the Line’, with four Ghana Navy Ships (GNS), after over 40 years since the Navy performed such a tradition.

The traditional activity, which was also an Ocean Navigation Exercise and was codenamed Ex SEALION, started from Monday 26 to Thursday 29 October, 2020, to test the resilience and readiness of the naval ships and personnel onboard, while promoting esprit de corps.

Prior to the casting off of the naval ships from the Sekondi Naval Base, the Acting Flag Officer Fleet (FOF) – Captain (Capt GN) Ben Baba Abdul, briefed the Chief of the Naval Staff (CNS) – Rear Admiral (R/Adm) Seth Amoama, with his Commodores, Directors and Officers, on the various phases and nature of Ex SEALION.

Admiral Amoama revealed that, the four ships; GNS YAA ASANTEWAA, GARINGA, EHWOR and BLIKA, would sail 610 nautical miles, which is about 65 hours to and from the equator, in different Formations, perform Search & Rescue and Maritime Interdiction exercises, and finally end with an Amphibious Operation, together with the Ghana Army, the Ghana Navy Special Boat Squadron and the Ghana Air Force.

On Tuesday, 27th October 2020, the four naval ships gracefully “Crossed the Line” around 1545 hours, after sailing for 300 nautical miles, where personnel on board the ships, were initiated into “King Neptune’s Marine Kingdom”, after performing some traditions associated with it, changing their statuses from ‘Pollywogs’ (personnel who have never crossed the Equator) to ‘Shellbacks’ (personnel who successfully cross the line – also referred to as sons and daughters of King Neptune.

Upon arrival, the Shellbacks were welcome with a short but memorable parade where the CNS commended the about 229 All Ranks, which included 7 females, who embarked on the exercise, for their bravery and encourage.

It is a time-tested naval tradition which dates back over 400 years ago and is done to test sailors of their seaworthiness.

A night before crossing the line, Pollywogs entertain the first assistant to King Neptune, Davy Jones, and other members of the royal court with a talent show, dancing, skits among others.

It is believed that, when a ship crosses the Equator, King Neptune comes on board, a court is set which comprises King Neptune, Davy Jones, the royal baby and other dignitaries.

Some traditions such as pollywogs undergoing rigorous exercise, paying homage, kissing the belly of the royal baby, taking a bath in a pool of sea water and initiation, are done before they are declared SHELLBACKS.

These are normally done by high ranking members of the ship’s company or personnel, who have crossed the line before and is followed by merry making, on board the ships.

The Shellbacks are awarded with certificates and King Neptune Badges to honour them of such a significant milestone clocked.