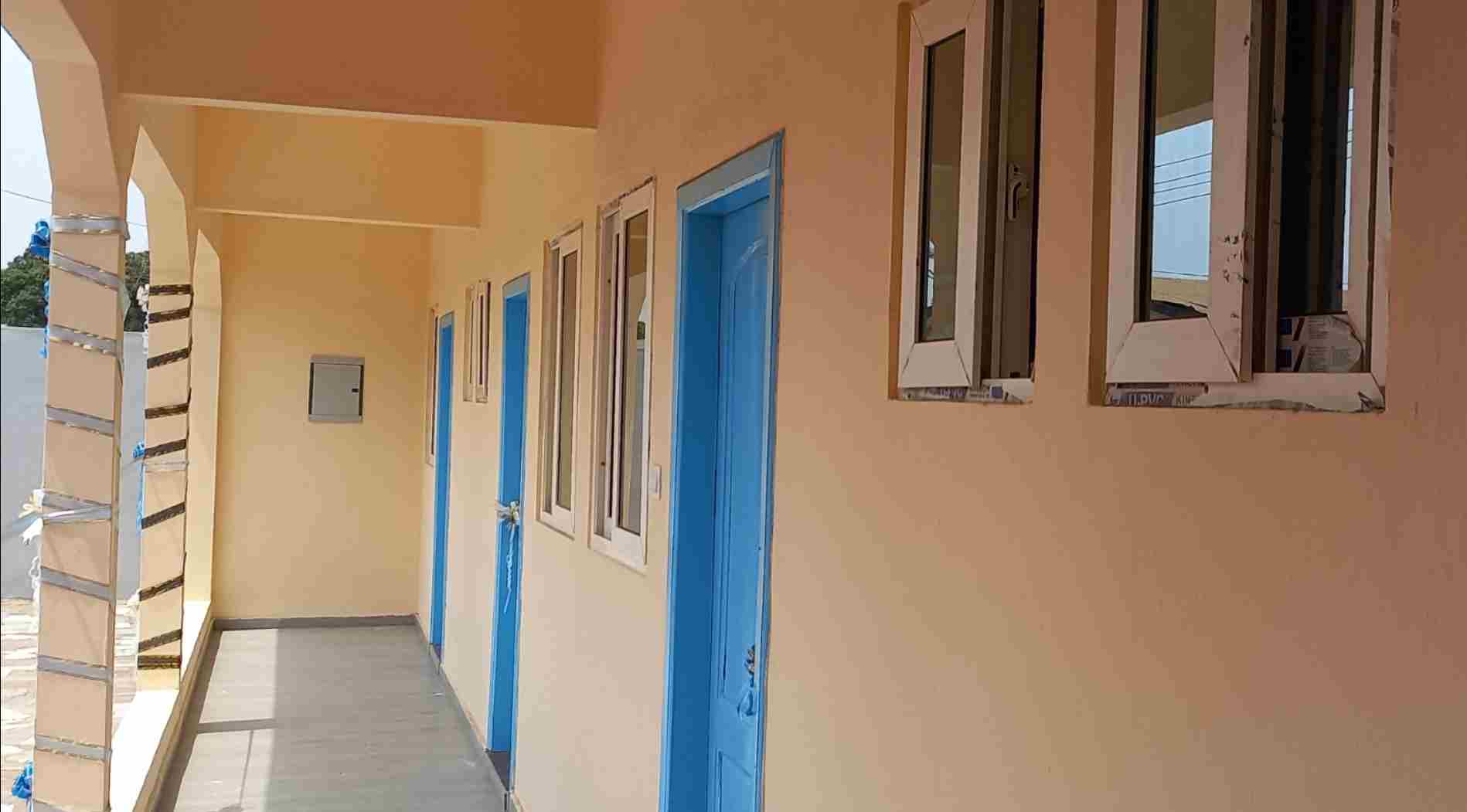 The new wave in the Ghana Armed Forces of diligently exploiting means to help the government to solve it acute accommodation challenges, is palpably manifesting in the Ghana Air Force with the renovation and conversion of dilapidated facilities and the provision of new huge edifices to house its personnel.

The cost of the project, which had about 80% of the dilapidated structure renovated was borne and constructed by MAYFAIR ESTATES LTD, under the aegis of the 49 Engineer Regiment of the Ghana Army.

Additionally, AFB Accra, is converting the old Air Force Base Cookhouse and Transit Quarters, into four blocks with each to have a 7-unit self-contained chamber-and-hall accommodation, of which two have been fully completed and occupied, whiles the 3rd is about 70% completed.

On a larger scale, the CAS and the Air Force Headquarters, is constructing a huge twenty-four (24) 2-bedroom apartments complex, with facilities for Senior Non-Commissioned Officers, and the structure also contains two dormitories for Young Airmen, at the Air Force Barracks, Burma Camp, Accra.

There also is a 16-units self-contained chamber-and-hall accommodation block, located near the EK Asante Lodge, for use by Officers.

There also is the construction of drains of about 2 kilometers with culverts interspersed, which precedes the road construction connecting the Air Force Base Headquarters to the Air Force Mess and other important installations in the enclave.

Peace Journal can affirm that there are many other beneficial projects besides what the Ministry of Defence is undertaking, which the Air Force Commander is spearheading and we shall endeavour to provide further publications thereon.