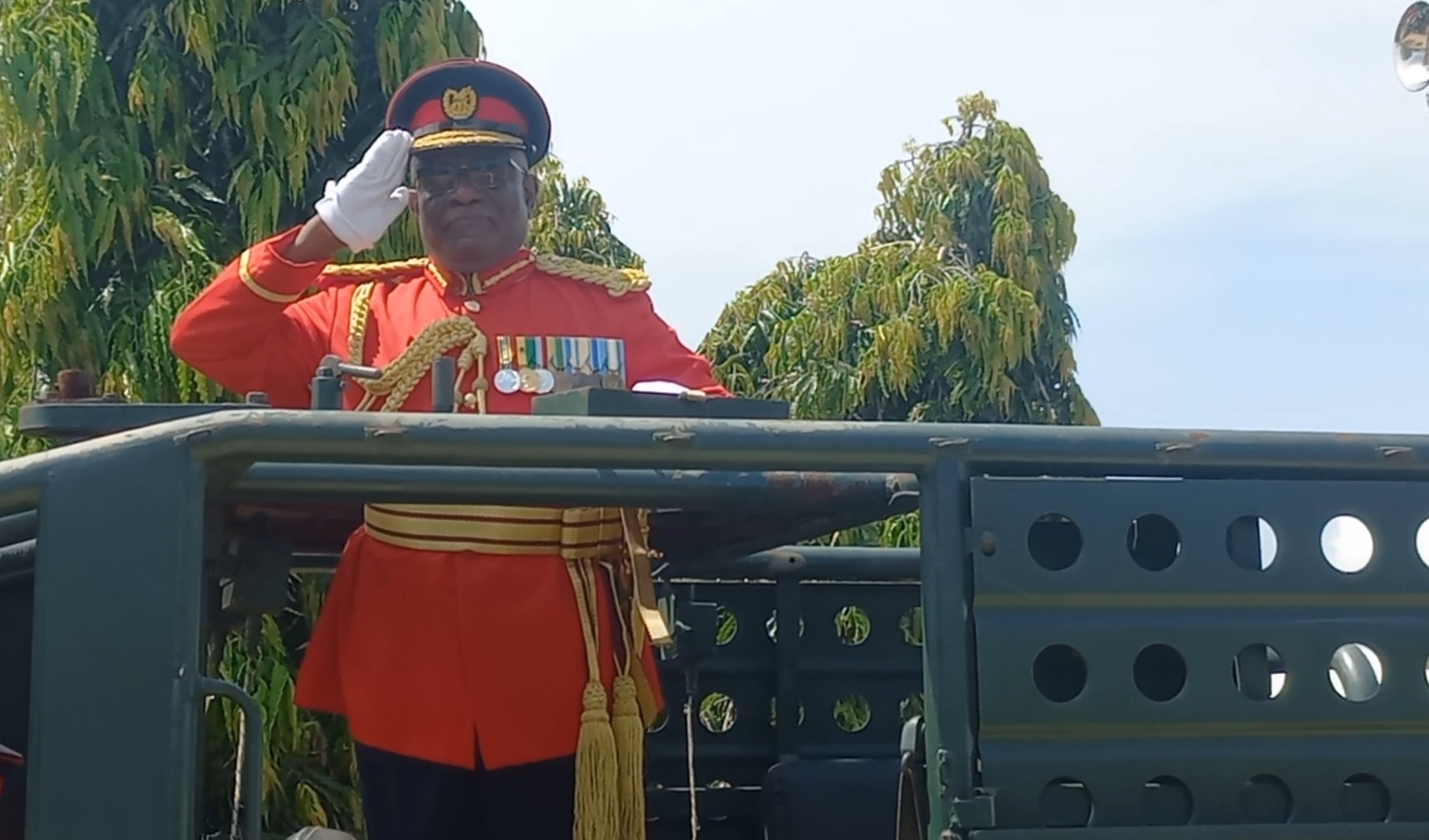 With the only Major General (Maj Gen) amongst the 4 November, 1983 group of eleven Army, one Air Force Cadets of the Ghana Military Academy (GMA) Regular Career Course (RCC) Intake 25, trained and groomed for 22 months 2 weeks for the Ghana Armed Forces (GAF), grounding arms now, the cohort is now let up in the Service; for the rest had earlier mustered out.

In a strong but emotive farewell address at a Handing/Taking Over Parade at the forecourt of the KAIPTC Library, the retired Engineer Officer, who was appointed in September 2019 as the Commandant, cited his leadership philosophy as embodying care-of-personnel and letting what he termed ‘soft issues’ lead the charge, since the human resource available to a leader makes a difference.

The retired General is credited with instituting a long-awaited welfare policy for KAIPTC; a Staff Welfare Bus; seeing to the completion of an office project commenced by his predecessor – Air Vice Marshal Griffiths Evans and christening the structure “GS EVANS BLOCK”; updating the Centre’s Policies and Procedures and introducing new ones for newly created Units.

Additionally, he harnessed the potentials of the diverse components of the KAIPTC staff into a single workforce capable of meeting deadlines, such as seen with the organization of the 2021 Kofi Annan Peace and Security (KAPS) Forum at KAIPTC, saw the Centre through the transition from Deutsche Gesellschaft fϋr Internationale Zusammenarbeit (GIZ) direct support to the new ECOWAS Peace & Security Architecture & Operations (EPSAO) architecture.

Under his supervision, KAIPTC engaged with the United Nations Institute for Training and Research (UNITAR) to enable the Centre carry out a number of crucial programs; the Centre of Excellence is on the path to roll out an E-Learning regime that should give the Centre additional traction in its bid to be financially sustainable.

Maj Gen Ofori (Rtd) fully rehabilitated 40 out of the 70 rooms at KAIPTC’s Accommodation Block and made sure funds were set aside in the ensuing year’s budget, to rehabilitate the remaining 30 rooms.

Before KAIPTC, Maj Gen F Ofori (Rtd) held appointments such as Commanding Officer (CO) – 48 Engineer Regiment, Director – Engineer Services, Commander – Support Services Brigade Group, as well as General Officer Commanding – Northern Command, and is credited with leading a group of Officers and Soldiers for the implementation of the Dagbon Roadmap for Peace.

Rear Admiral Moses Kojo Beick-Baffour – Commandant, GAFCSC, who represented the Chief of the Defence Staff of GAF (who along with the Vice President of Ghana and the Service Chiefs of GAF, was at the 77th Remembrance Day Activities), urged the outgone Commandant to respond positively, whenever called upon to attend to issues concerning GAF, since it is his second family.