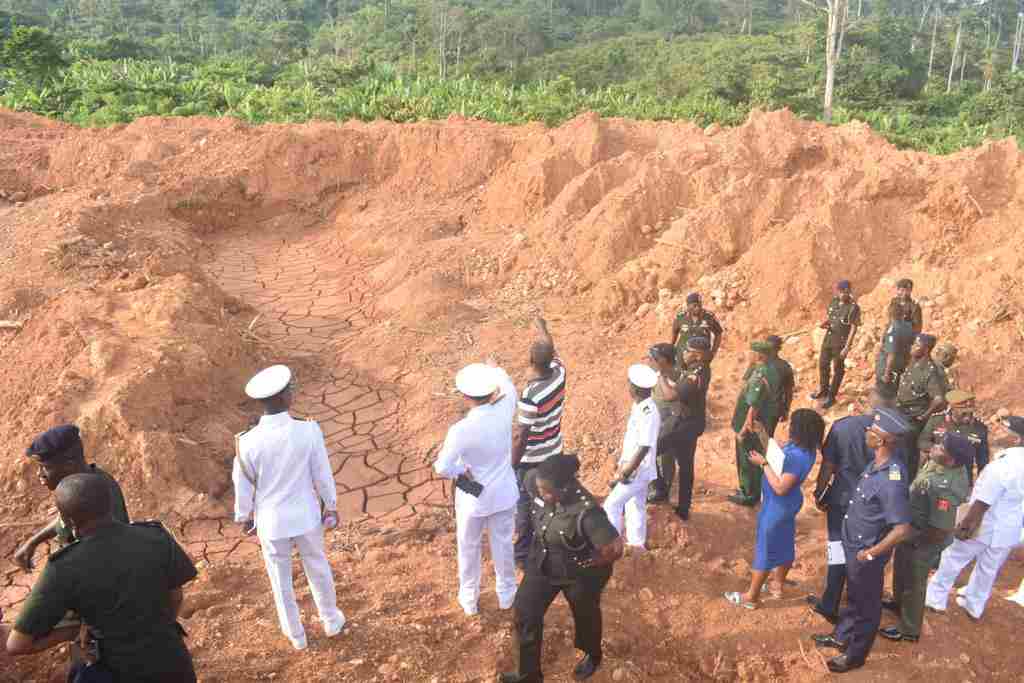 The 2022 REST was conducted from Saturday 12 to Saturday 19 November, 2022, and the Regions toured were Bono, Central, Eastern and Upper West, as the 86 Students were categorized into four groups of student study teams, each group for each Region, and were accompanied by staff of GAFCSC.

The theme for REST ‘22 was “Illegal Mining (Galamsey) and the Socio-Economic Impact on Communities: Optimizing Gains and Mitigating the Wider Security Implication” and focused on;
1) The microeconomic drivers of illegal mining at the local, district, regional and national levels; 2) The gaps in the fight against illegal mining and proffer traditional efforts to support government actions against the menace.

Research methodologies deployed by the teams included 1) introductory reading on illegal mining in various regions of Ghana; 2) briefing by governmental officials and heads of department; 3) visits to selected areas and interviews; 4) interaction with key players in the mining, security, economic and related sectors and 5) formal and informal engagements with locals.

GAFCSC’s Class of 2023 MDIP and Senior Command and Staff Course 44 has 25 Senior Military Officers from Benin, Botswana, Cote d’Ivoire, Liberia, Malawi, Namibia, Nigeria, South Africa, who have joined a select 61 Senior Officers from the 3 Services of the Ghana Armed Forces, with ranks of Lieutenant Colonel or Major in the Army, and its equivalent in the Navy and Air Force.

The Senior Command and Staff Course 44 and MDIP has objectives to spawn better Officers, well-prepared and equipped to better appreciate the dynamics and complexities of their responsibilities in an ever-changing global stage, to well serve their respective Armed Forces, country and humanity.

As part of the academic calendar, GAFCSC’s Senior Division class undertakes annual Regional Study Tours of administrative regions of Ghana and selected African countries, after which recommendations are summed up and presented to the rightful offices that could implement the proffered solutions.

The Course also endeavours to impart good leadership qualities, including effective communication skills, sound knowledge of military strategy, appreciable understanding of the geopolitics of global issues, and an additional wealth of knowledge which cannot be found in books.