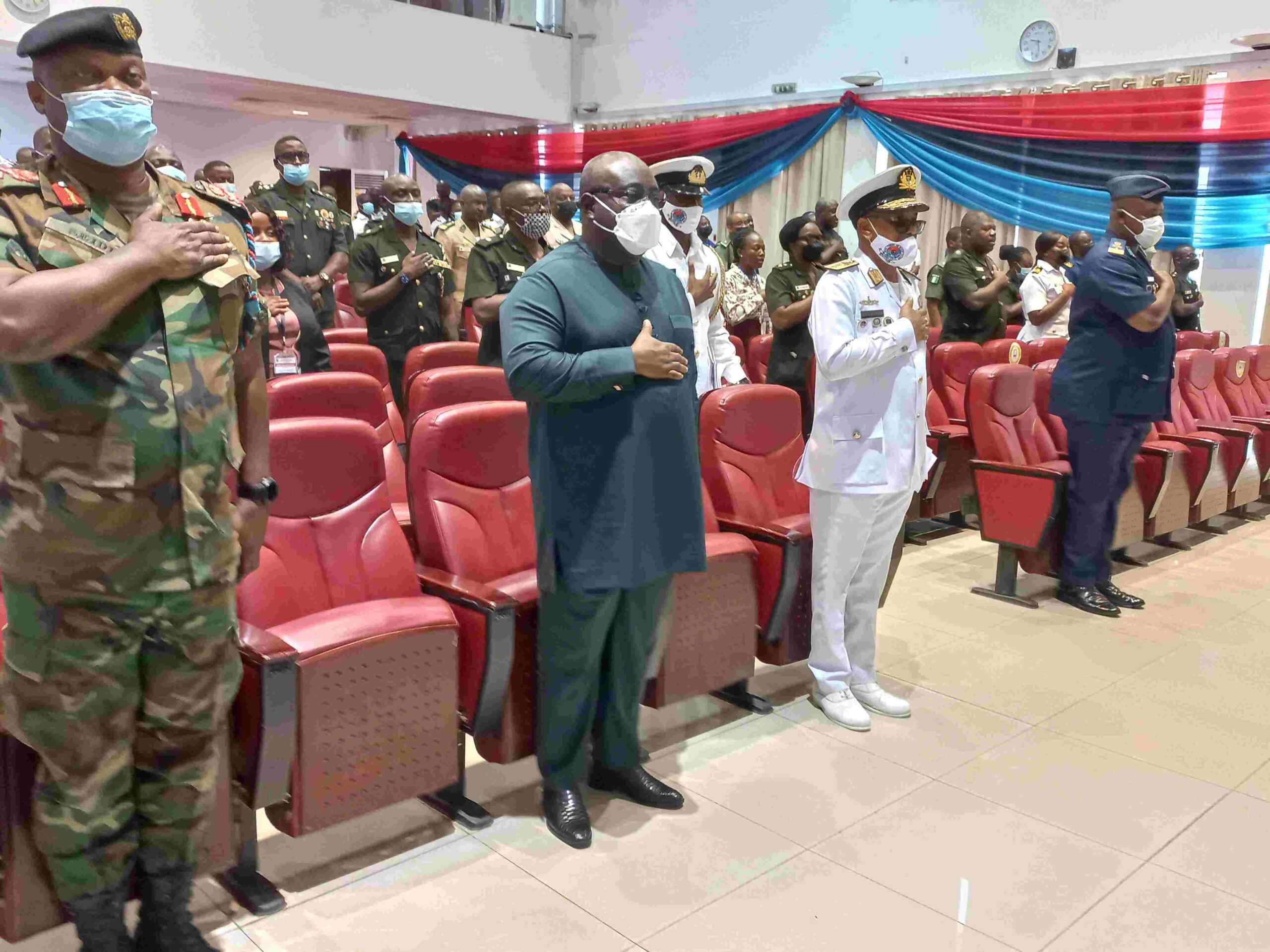 The course which commenced on Monday, 27 June and ends on Friday, July 8, 2022, has 102 participants, 85 being Regular Students/Officers of the Military College, 59 of the 85 being from the Ghana Armed Forces (GAF) and 26 from Benin, Botswana, Burkina Faso, Cote d’Ivoire, The Gambia, Guinea, Liberia, Niger, Nigeria, Sierra Leone and Togo.

Justifying the inclusion of external participants in the Defence Management Course, Mr Amankwa-Manu said, a globalized world is such that defence and security matters now demand comprehensive multidimensional and multisectoral approaches to defence management issues, which hinge on the collaboration of various agencies, from both the public and private sectors.

The deputy minister, who also is a legal practitioner, said the concept of Defence Management refers to the process to plan, to organize, to staff, to direct and control the activities of armed forces, or any organization, to achieve a common goal in a very systematic manner.

“Beyond the overall aim to develop your understanding of the fundamentals of Defence Policy Formation, and the mechanics of how this is translated into effective Defence Management, one of the primary objectives of this course is also to enable civil servants, military officers, National Security personnel, appreciate each other’s complimentary roles, as well as the legitimate roles of others within the Security and Defence service”, Mr Amankwa-Manu stated.

Making a strong point for teamwork in Defence Management, the MP said, the world has moved away from the days when defence and security issues were the preserve of the military, the Police and a few other institutions, however, in recent times, such issues belong to the entire society, since all want to live and develop in a peaceful, secured and stable environment.

He concluded that the College expects the enhancement of capacities of participants to carry out various responsibilities, including adherence to the rule of law, transparency and accountability to the governed, cautioning that, with global contemporary threats, actors involved operate across international and interagency jurisdictions, under which circumstances, the importance to understand roles of various MDAs in the subregion, and Africa, generally.

The Commandant of the Military College – Rear Admiral (R/Adm) Moses Beick-Baffour stated that reference the module – which is sponsored by the United Kingdom government, which sponsors other modules at GAFCSC – great attention is paid to participants, for the Course is not exclusive to the security services, but includes relevant MDAs.

“For such a Course, the contact that we have with our civilian counterparts is very important, for that is where we build the network for the students and the external participants: In addition to the certificates awarded to participants at the end of this module, what you want to carry along is the network”, the Admiral emphasized.

Admiral Beick-Baffour opined that if there is no or weak human networking, all efforts to combat terrorism and all other challenges, would barely yield the required results; “Build the network with colleagues in uniform from other security services and civilian counterparts, because your contact with them would make the change between a long wait and a quick response”.

The Defence Management Course, which is part of GAFCSC’s ongoing Senior Command and Staff Course 43, has topics which include ‘Security and its Governance’, ‘Civil Control’, ‘Civilian and Democratic Management’, ‘Emerging Security Threats’, ‘Policy Formulation’, ‘Resilience’, ‘Security Sector: Elements, Linkages and Perspectives’, ‘Organizations and Functions of MOD’ and ‘The Ghanaian Constitution: The Legal Framework for Defence and Security and the Role of Parliament’.