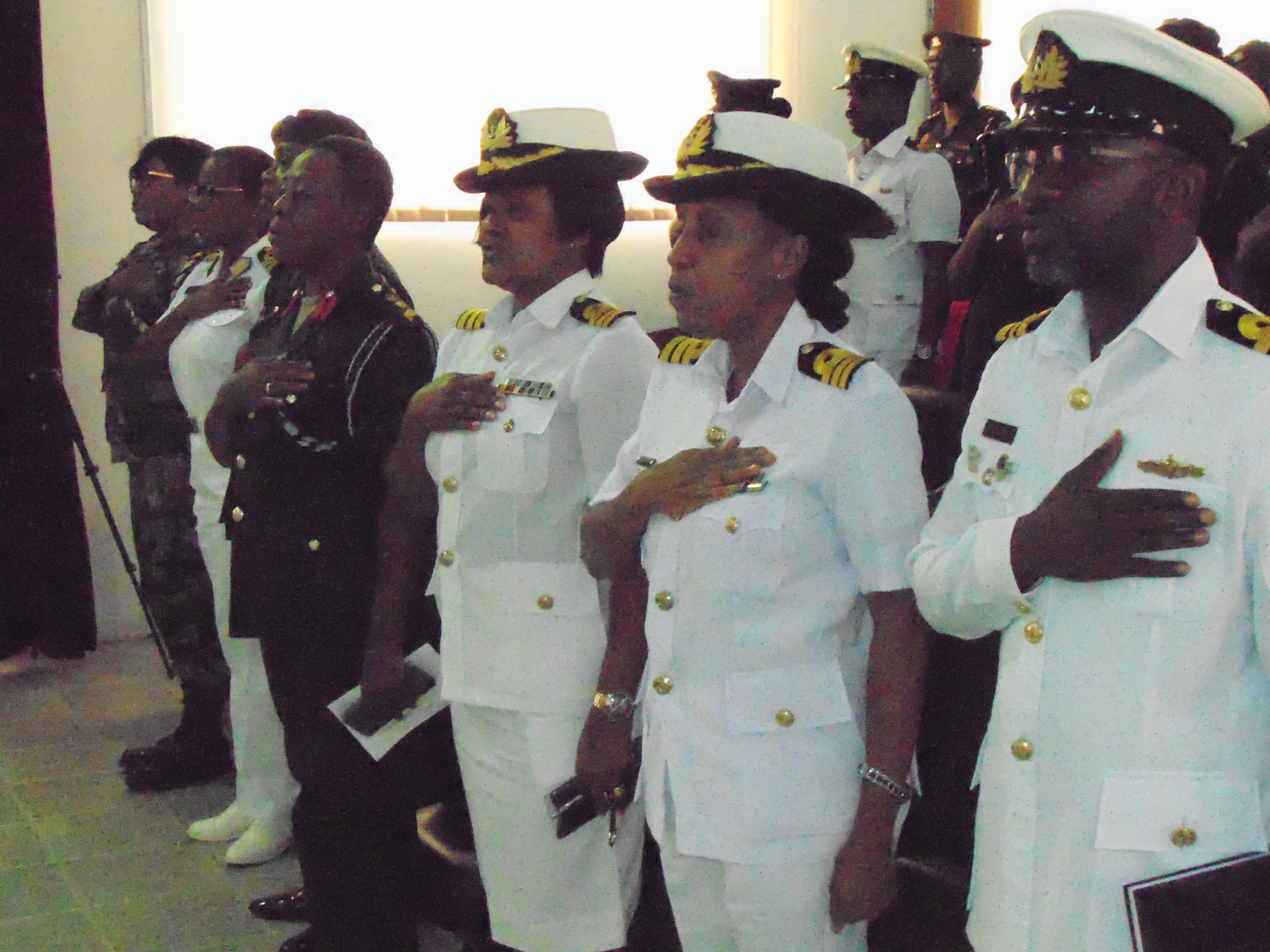 The training program, which came to an end at the esteemed military college on Friday, 24th January, 2020, was sponsored by the Canadian Government’s Elsie Initiative and the United Nations Development Programme (UNDP) in Ghana, and had thirty-eight women and ten male officers from selected units, being schooled on increasing female officers’ participation in peace building operations.

Speaking at the ceremony as the Guest of Honour, the Acting Canadian High Commissioner to Ghana – Her Excellency (HE) Sara Nicholls stated that Canada launched the Elsie Initiative for Women in Peace Operations, with the implementation of the women peace and security agenda, being at the core of Canada’s Feminist Foreign Policy.

HE Nicholls said that in addition to the bilateral partnership with GAF and the Zambia Police Service, Canada supported the UN to launch a global fund, called the Elsie Fund, which has spurred the creation of a comprehensive barrier assessment methodology for military and police organizations, which GAF is currently undergoing with the Kofi Annan Peacekeeping Training Centre (KAIPTC).

Nana Chinbuah – Head of Democratic Governance Cluster, UNDP, said one of the most puzzling developments of the Women, Peace and Security Agenda, originated by the UN Security Council’s unanimous endorsement of UNSC Resolution 1325 in October 2000, is the lack of progress in increasing the percentage of uniformed women in UN peacekeeping operations.

“An increase in the percentage of uniformed women in Peace Keeping Operations (PKOs), is generally recognized by the UN, as a necessary and desirable goal for a variety of reasons: a more gender-balanced peacekeeping force, may improve operational effectiveness and it may enable PKOs, to better achieve the objectives set by the Women, Peace and Security Agenda”, Miss Chinbuah said.

According to statistics from UN Department for Peace Keeping operations, as at November 2019, out of 75,856 UN Peacekeepers operating in the 22 UN Missions, only 3,873 (5.11%) were women; despite their key role in preventing sexual violence during and after conflict, and their unique abilities to engage with the communities they serve, especially women and girls.

Increasing women’s participation in peacekeeping is recognized as a critical factor for the overall success of missions, given the various roles women officers play; from gathering intelligence, identifying hot spots for patrolling and providing relief and rehabilitation services to survivors of violence, UN Peacekeepers rely heavily on engaging with the community.

Women officers are more likely and capable of accessing the trust of the community, having greater awareness of women’s vulnerabilities and needs, and their presence in mission areas is also said to inspire members of the local community, and can be an opportunity to model more equitable gender relations.

The cadre was intended at helping participants to understand the relationship and application of command, leadership and communication, as well as the fundamentals of Military Decision Making Process and its application in the United Nations Peace Operations environment.

It was also to create a platform for professionals and key personalities with diverse exposure in Peace Operations and other fields, to share experiences with participants and to understand the various dimensions, duties, responsibilities and framework of Peace Operations.

Participants also received lectures on the Organization of the UN System, with emphasis on the Department of Peace Operations, threats to UN Mission Security and Prevention, Introduction to Responsibility to Protect and Protection of Civilians, the UN Gender Policy and Women in Peacekeeping.

The cadre resource persons and facilitators were drawn from Directing Staff of GAFCSC, lecturers from University of Ghana (UG), Ghana Institute of Management and Public Administration (GIMPA), the KAIPTC and from the General and Service Headquarters.