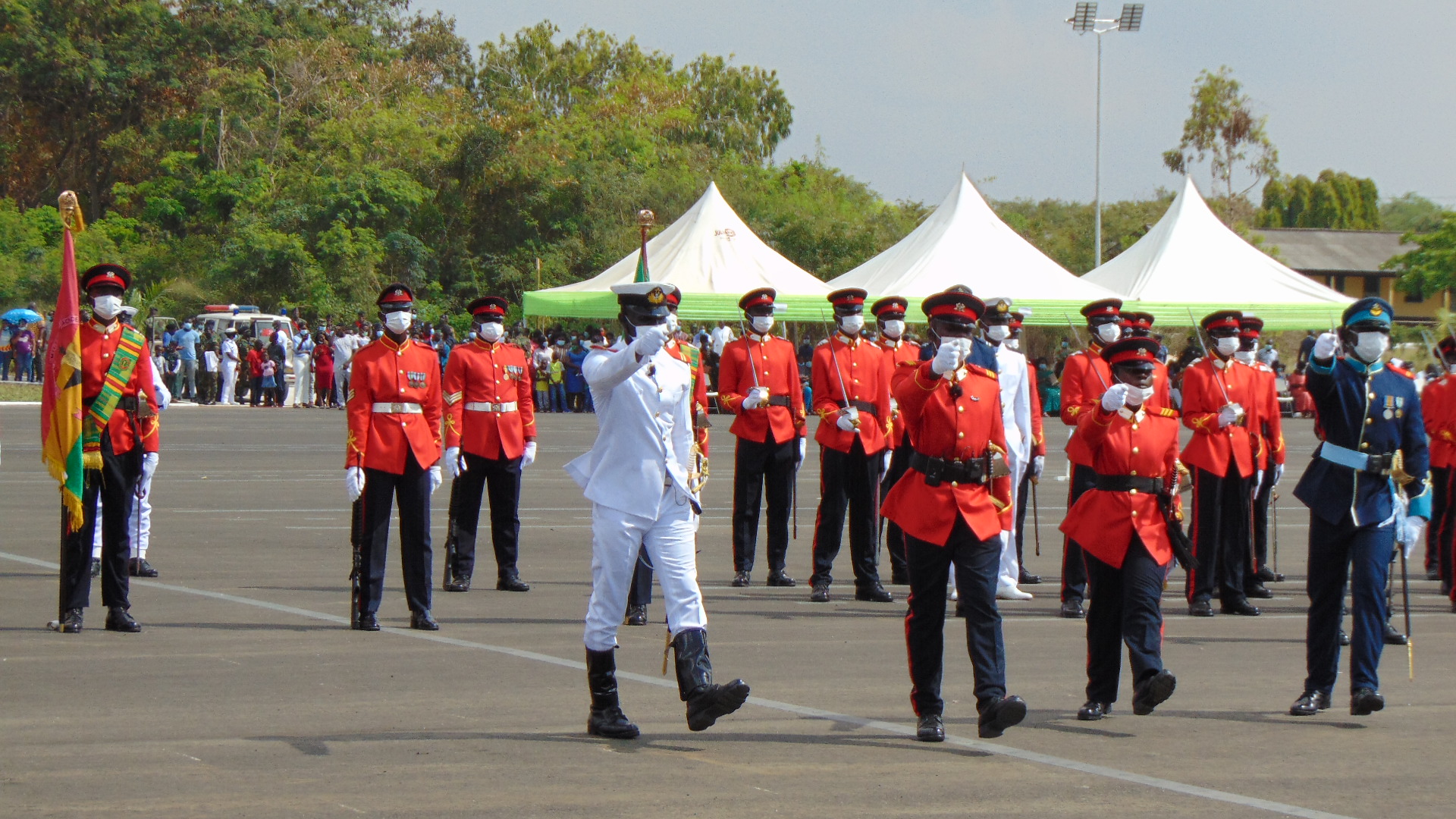 Government has committed over USD 200 Million for the purchase of more Armoured Vehicles for the Army, and the upgrading of equipment for the Security and Intelligence Services, to ensure that the Ghana Armed Forces (GAF) is equipped to deliver the mandate of safeguarding the peace, integrity and security of the nation, as well as maintaining Ghana’s contribution to international peace and security.

Additionally, in retooling GAF to boost morale and operational efficiency, the improvement on barracks infrastructure, reconstruction of the Ghana Military Academy (GMA) into a world class institution, and a massive facelift for more accommodation and training infrastructure at the Bundase Training Camp, are to be pursued.

The President of the Republic of Ghana and the Commander-In-Chief (C-In-C) of GAF – His Excellency (HE) Nana Addo Dankwa Akufo-Addo, made these commitments, at the Graduation Parade for Regular Career Course 60 and Short Service Commission/Special Duties Course 58, on Friday, 13th November, 2020, at the large and newly constructed GMA Square, as the Reviewing Officer.

The C-In-C recounted how he promised a year ago, to transform the facilities of GMA, accounting that presently, a renovated Officer Cadets’ Mess and new Academy Parade Square has been fully completed, whiles the Administration Block, with its offices and conference rooms and a two-storey classroom block, are all nearing completion, for the First Phase.

HE Nana Akufo-Addo stated that the Second Phase of the project, which includes the construction of an 800-seating capacity auditorium, accommodation for Cadets and Platoon Commanders, and a fence wall around all of GMA, with all utility structures, would be completed by December, 2021.

Addressing the nation’s security concerns, the C-In-C said the traditional challenges to security, such as chieftaincy conflicts, land disputes, religious intolerance, ethnic conflicts and political rivalry, are being compounded by contemporary threats like drug and human trafficking, proliferation of small arms and light weapons, armed robbery, cyber crimes and activities of nomadic herdsmen.

“All of us owe a debt of gratitude to you for being prepared to put your lives on the line, to keep our nation safe and safeguard our sovereignty”, the C-In-C said to all the security services.

To the graduates, the C-In-C admonished them and all of the Armed Forces, to “guard against the temptation of using the uniform to intimidate your civilian counterparts, who are your natural partners in the development of our nation, and whose taxes, provide the means for your sustenance”.