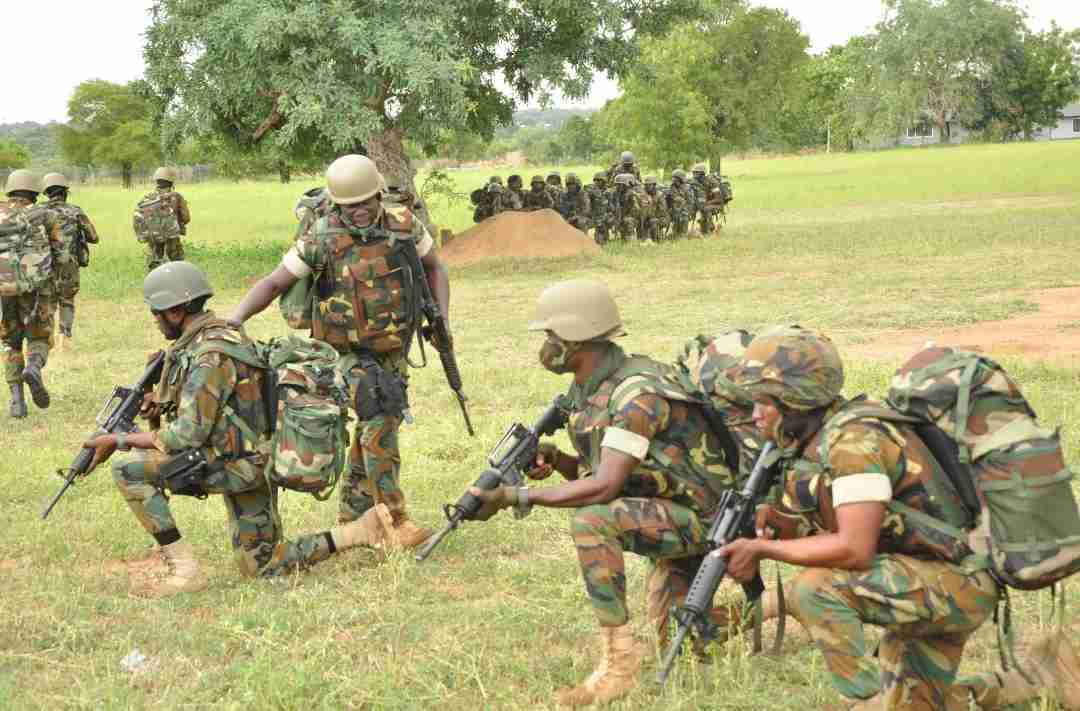 The Ghana Armed Forces is soon to receive a donation of sixty (60) buses, the Army equipped with 74 Armoured vehicles, the Navy with one more Offshore Patrol Vessel (OPV) and the Air Force with six (6) Fighter Jet planes, as part of continued efforts of the State to adequately equip its frontline force, against any form of aggression at Ghana’s sovereignty.

Additionally, Mr Nitiwul revealed that on 19th July, 2022, Ghana’s Minister for Finance – Mr Ken Ofori-Atta, had approved funding for the Phase III construction of the 37 Military Hospital – which is expected to be one of the biggest single projects in Ghana, and would be completed within 30 months, as the Kumasi Military Hospital is expected to be completed by December 20, 2022 for commissioning.

These were part of revelations made by Ghana’s Minister for Defence and Member of Parliament (MP) for Bimbilla – Mr Dominic Bingab Aduna Nitiwul on Wednesday, July 20, 2022, when he took media persons on a tour of sites where the Ministry of Defence (MOD) and GAF, have variously constructed infrastructural projects for accommodation, office buildings and academic purposes.

The Minister also revealed that the state is constructing a completely new harbour for use by the Ghana Navy at Sekondi, Takoradi, in the Western Region of Ghana, as part of efforts to equip the Navy to be alive to her responsibilities.

Bimbilla’s MP further averred that maintaining the Armed Forces comes with huge expenditures; such as feeding 12,998 soldiers a day – “you send a soldier to a lonely place, you do not expect him to leave post and go looking for food to buy, you have to provide for them”, he said emphasizing that the government has to support the military, to keep the nation safe.

Further explaining why GAF should be resourced, Mr Nitiwul said, “whenever any country purchases even one weapon, every state in the West African community knows about it, because you have to go to ECOWAS to seek clearance for the purchase. So, whether we buy or not, the whole world knows it. It is in our interest to be ready so that nobody would easily think to attack us. If we do not have equipment, then we become the weakest link, which we cannot afford to be”.

“We know the threats exist, but we would work to prevent it, that is why we are constructing 15 military bases in the Northern Frontiers, some of which are to deal with internal conflicts, while others are to ensure that the borders keep away threats of aggression. Some works are at the roofing stages, and others at various levels, to keep the nation safe to attract investments for development” he continued.

“Ghana is the safest place in West Africa, and there are many international institutions that have moved their headquarters to Ghana, whiles working in other African countries. Many nations have not prepared like this and have suffered for that. There was lack of investment in the Armed Forces in times past, but it is picking up pace, even though we wish for more”, Minister Nitiwul intimated.