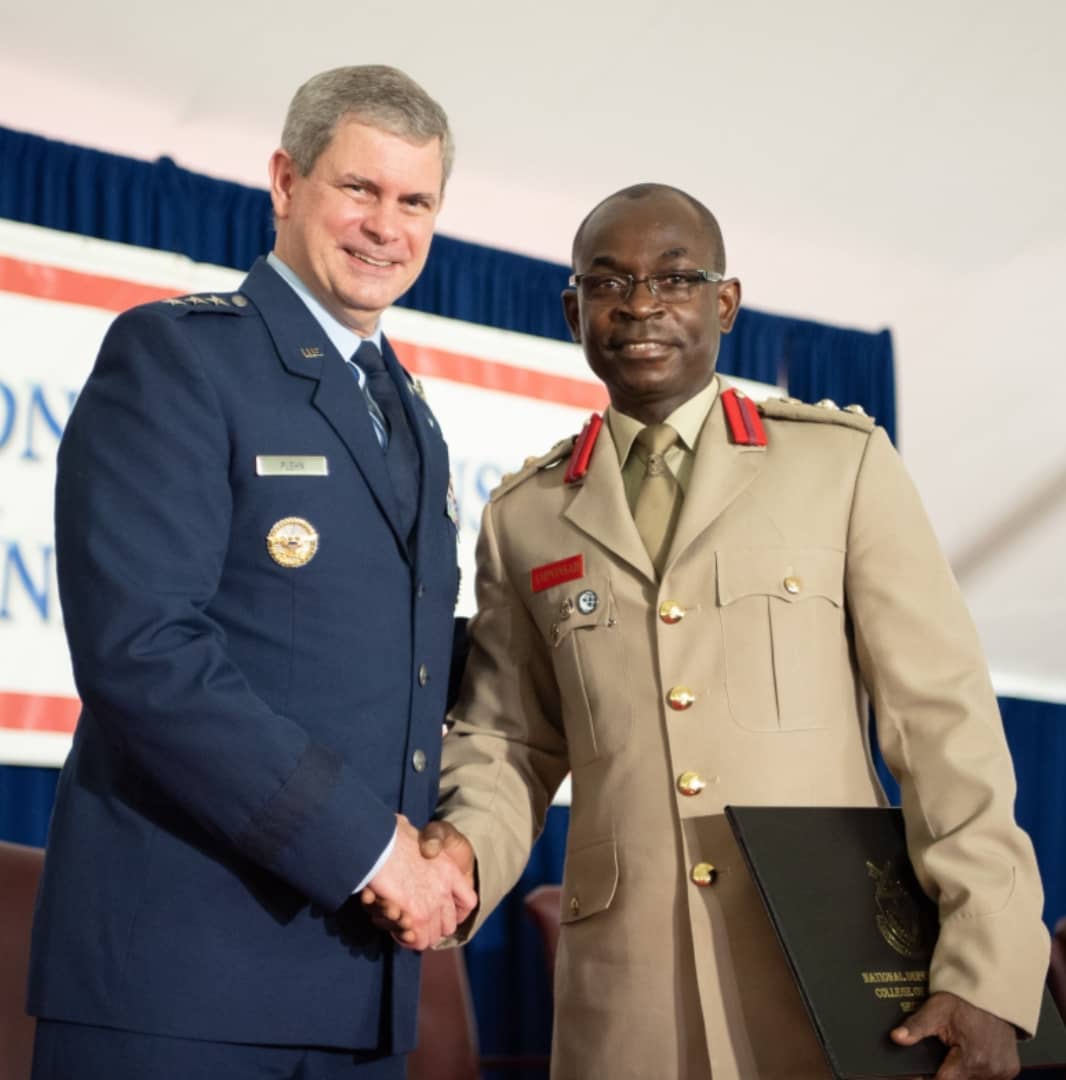 Colonel (Col) Isaac Amponsah, a Senior Military Officer of the Ghana Armed Forces (GAF) has graduated with Distinction in a Master of Arts in Strategic Security Studies Course, from the College of International Security Affairs (CISA) at the National Defence University, Washington DC-USA.

Out of the 12 graded subjects for the course, Col Amponsah, who graduated on Wednesday, 8 June 2022, scored nine ‘A’s and three ‘A Minus’(A-) and was among nine graduates who were awarded the ‘DISTINGUISHED GRADUATE’ certificate by the College.

His achievement is not only an honour to the Ghana Armed Forces and Ghana, but an honour to Africa as a whole, for he was the only African on the list of Award Winners from all the four colleges of the University.

CISA, which is one of the four colleges under the National Defence University, was created in 2002 as the School for National Security Executive Education, to educate and prepare civilian and military national security professionals and future leaders from the United States and partner nations, for the strategic challenges of contemporary security environments.

The College is a Department of Defence flagship for education and the building of US partner capacity in combatting Terrorism and Irregular Warfare (IW) at the strategic level.

Other colleges under the National Defence University are the Dwight Eisenhower School for National Security and Resource Strategy, the National War College, the Joint Forces Staff College and the College of Information and Cyberspace.