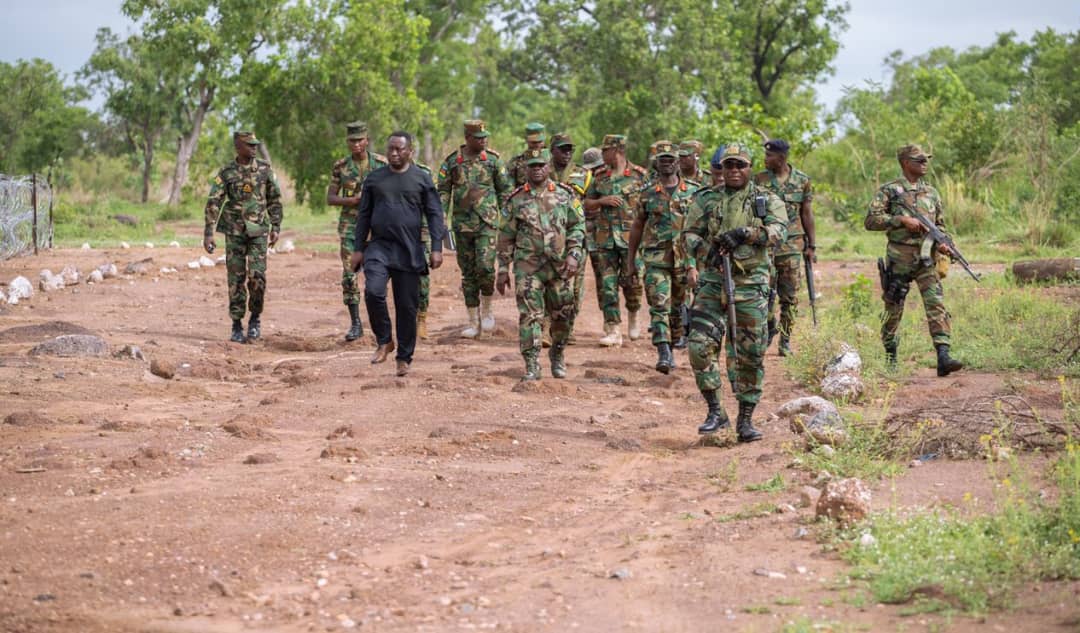 The visit, on Friday, 20 May, 2022, was necessitated by recent happenings in Ghana’s neighboring countries, which raise security concerns, and the need for GAF to remain professional, robust and alert to its mandate of maintaining the country’s territorial integrity, at all times.

At the Dorkorkyina Camp, the Chief of Air Staff was delighted at the pace of work done in creating the new camp, and was hopeful that work would continue at the same pace, to ensure early completion of the rest of the FOB.

The COAS extolled the extraordinary cooperation and continuous unflinching support of the CAS and the entire Air Force, to all Ghana Army (GA) operations, exercises and events, without which GA’s operations and exercises, would have been slow and more Herculean, as he emphasized the need for all of GAF to remain united, to achieve the tasks of the military, quickly and easily.

The entourage then moved to the construction site of FOB Bui, to inspect progress of work, where they were received by the Director, Health and Safety, Bui Power Authority (BPA), and assured of timely completion of the FOB project.

After the tour of the site, the COAS intimated that, due to the security threats in the sub region, it had become imperative for the project to be completed quickly, so more troops could be deployed to the FOB, to ensure the security of the national asset (the hydropower dam) and its environs, against emerging threats.