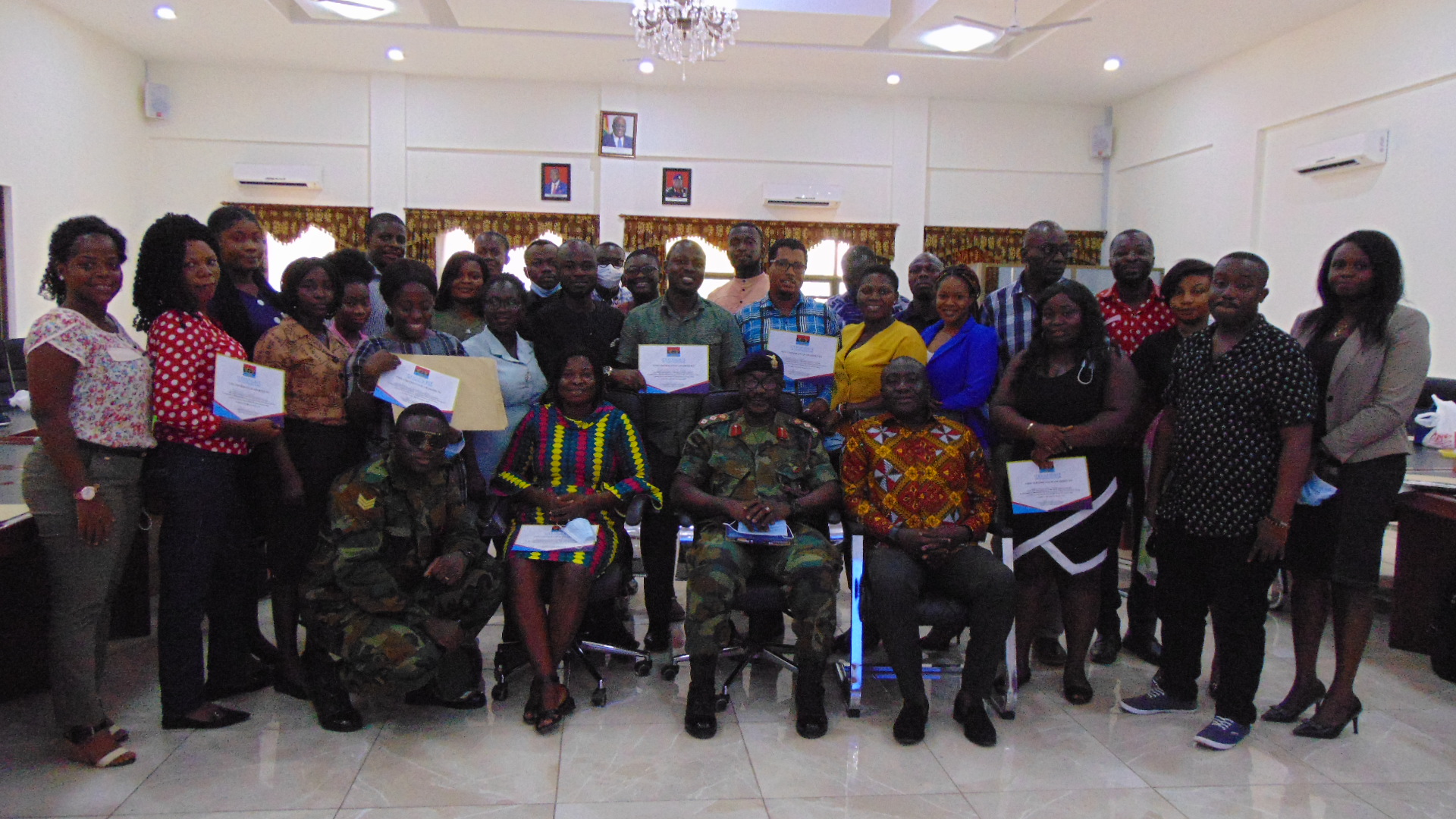 As part of Operation Peace Trail, the Directorate of Public Relations (DPR) of the Ghana Armed Forces (GAF), has organized a day’s training programme for twenty-nine (29) members of the Defence Press Corps (DPC), to help sharpen their Military Reporting skills, in the upcoming General Elections 2020.

The exhaustive whole-day cadre, was held at the Command Mess, Burma Camp, on Wednesday, 18th November, 2020, where military resource personnel, led by the Director, DPR – Colonel (Col) Eric Aggrey-Quashie, took turns to communicate legalities, expectations and values of military correspondence and their benefits to the state.

Lt Col Azera revealed that GAF has planned a 4-tier strategy in keeping the peace, during and after the Presidential and Parliamentary elections, and will release about 6,000 troops to support the civil Police, at the 3rd and 4th tiers of the plan.

Ops Peace Trail is tasked to identify trouble spots across the country and familiarize with polling centers, deploy in strength close to identified trouble spots, deter potential saboteurs, dominate their Area of Responsibility (AOR) and deny suspected saboteurs, the freedom of action.

AFRICANS MUST HAVE RIGHT RESPONSES TO CRISIS – NADMO BOSS