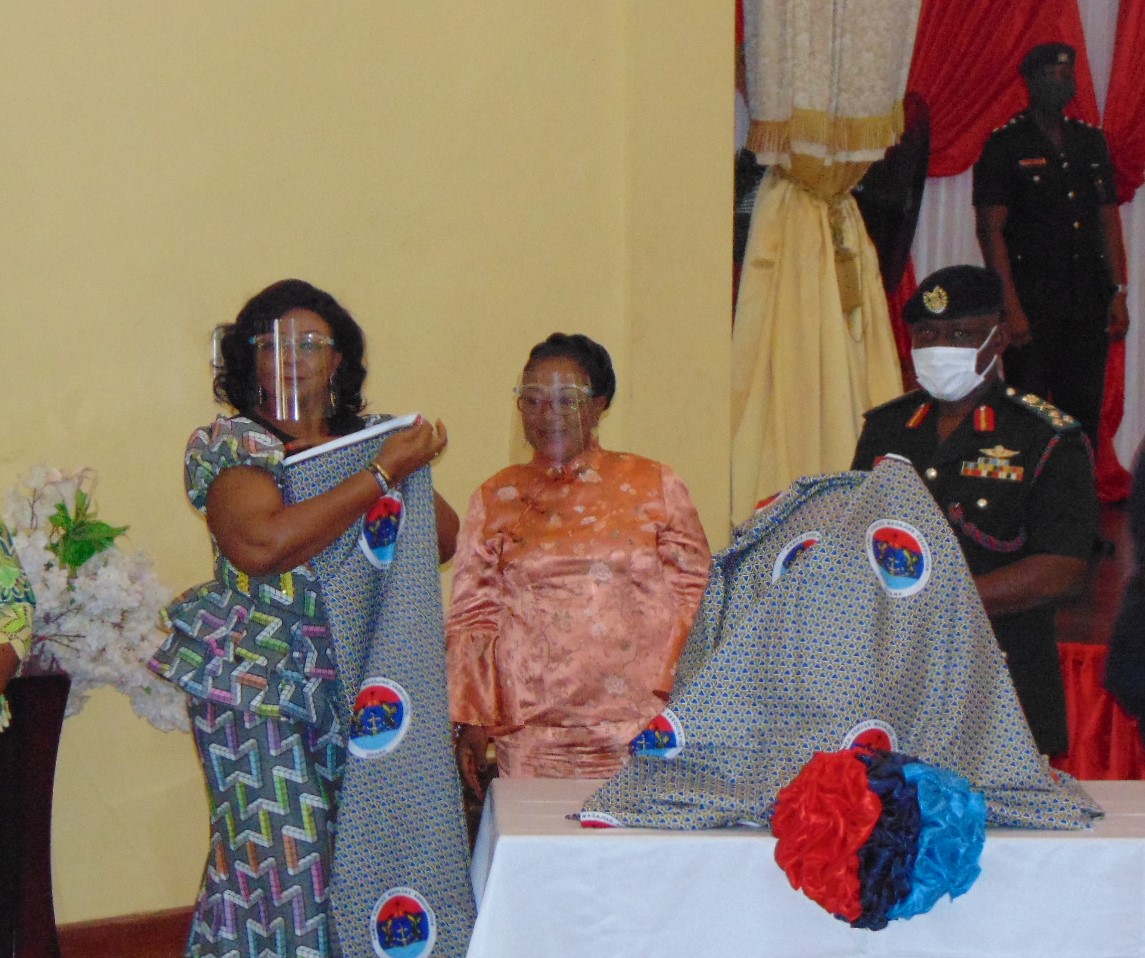 The Magajias Association of the Ghana Armed Forces (GAF), under the keen aegis of the Military High Command, has launched a special fabric to identify their unique position, keep the unity and cohesion among members and to spur the women to greater heights, in their unique calling as spouses and as leaders.

The event brought to the fray the rather salient and nervy part Magajias play, in propelling the force of the military unto the revered and professional performance expected of them by the 1992 Republican Constitution and the general populace.

Speaking at the ceremony, the affable CDS, General Akwa, said there is no exaggeration in stating that, one of the reasons for GAF’s high standards and its renown, both locally and internationally, is because of the unique position of Magajias, “and we salute our forebears for the vision to establish this institution”.

“For whiles troops are engaged in operational deployments, both locally and internationally, you the Magajias step in the gap, to handle the myriad of problems and challenges; these comprise Barracks sanitation, social events like outdooring, marriages, hospital visitations, participation in our WASSA programmes, acting as mediators and conflict resolution experts, etc”, General Akwa stated.

“Indeed, your sense of judgement and organizational skills are key for the success of Command and every commander knows this for a fact. Simply put, you are a force behind the Force”, General Akwa concluded.

The Guest of Honour, in her speech, describing the GAF Magajia, said that one must be a wife of a serving soldier, have some barracks experience, know the policies and traditions of the unit, be nominated and approved by a majority of women on merit, be active, intelligent, God-fearing, a good sense of judgement, good organizational qualities, respectful, caring and approachable.

Mrs Danquah said that GAF Magajias’ role include the organization of women for the day to day activities in the barracks, liaising between women and the authorities, spokespersons for women on all matters, industrious and proactive, ensure peace and stability in the unit and amongst families.

Mrs Danquah, who said the cloth symbolizes the identity, teamwork and leadership of the association as leaders of the wives of troops, concluded that, judging from how critical the Magajia plays in the effective administration of a unit, utmost diligence must be taken in consideration when selecting one.

The background of the title MAGAJIA can be traced to the royal historical traditions of the Hausas of northern Nigeria, whereby that state title was conferred on the eldest daughter of the ruler, or else if the ruler has no daughter, then his sister or aunt plays that role and was responsible for all internal arrangements of the palace community.

The Royal West African Frontier Force, under the colonial administration, who were mainly of northern Nigerian extraction, influenced the military traditions and cultures of British West Africa Forces, including the Ghana Armed Forces and thus adopted the Magajia concept.

The Magajia has evolved in GAF as a title, even to the right of a Senior Non-Commissioned Officer or a Warrant Officer or the peer in the Navy or Air Force, who demonstrates sterling leadership qualities among the ranks.

A Magajia maybe selected, nominated or elected by the wives themselves, under arrangements by the unit concerned, to represent and organize them at Company or Battalion levels and their equivalent in the Navy and the Air Force.

Magajias mobilize wives of troops for the cleanliness of the barracks, organizing visits to sick and hospitalized wives, providing support to bereaved widows, organizing wives for hygiene, firefighting, maternal care lectures and training, and has contributed to the unity and teamwork among wives of personnel of GAF.

At the historic cloth launch was also a fashion show, a splendid Quarter Guard mounted by members of the association and an appeal-for-funds session, which saw the Military High Command give Ten Thousand Cedis (GHS 10,000) and Two Thousand Cedis (GHS 2,000) from the Guest of Honour, in support of the Magajias.