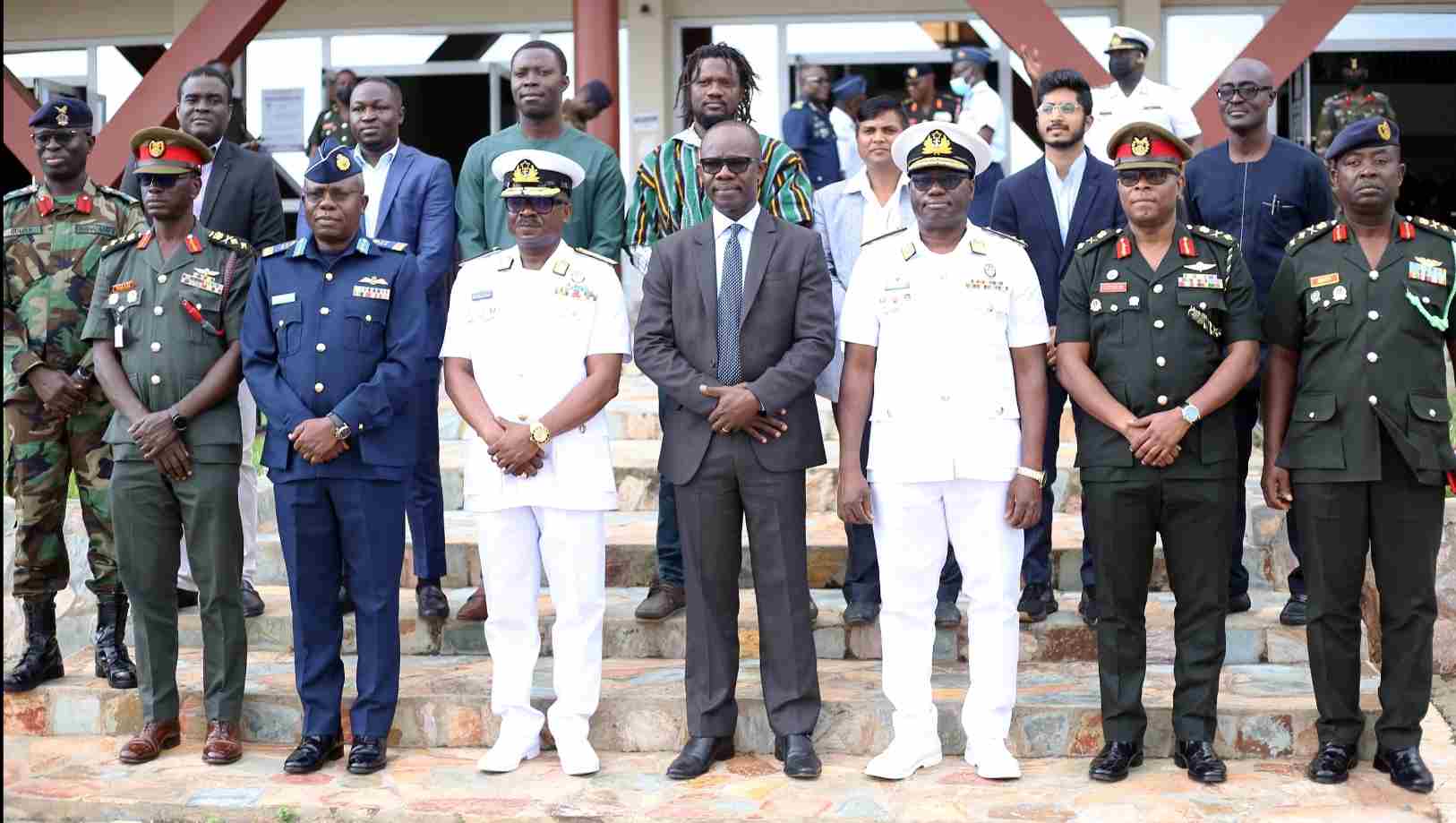 As part of Cybersecurity Awareness Month 2022, the Ghana Armed Forces (GAF) plans to roll out a program comprising workshops, lectures, demonstrations and training sessions on essentials of cybersecurity and the implications of the use of social media by All Ranks.

The Chief of the Defence Staff (CDS), GAF – Vice Admiral (V/Adm) Seth Amoama made known the intentions of Ghana’s military, as he delivered the keynote address at the launch of its Cybersecurity Awareness Month ’22 on Friday, 30 September, 2022, at the Garrison Methodist Presbyterian Church, Burma Camp, Accra, as the Guest-of-Honour.

“For us in the military, cyberspace has emerged as the fifth domain of warfare alongside the traditional domains of land, sea, air and space. It is therefore not surprising that terrorists and violent extremists’ groups are using Internet platforms to support their activities”, the CDS stated.

Admiral Amoama furthered that cybersecurity has become a vital part of the operational effectiveness of militaries the world over, thus, GAF acknowledges that the technological phenomena is ingrained in the DNA of every armed force of today, and that GAF’s Department of Defence Communication and Information Systems (DCIS) is taking up the challenge to educate its own about it, through awareness creation.

Turning attention at his fold, the CDS stated as Ghana’s Military takes steps to protect its Critical Information Infrastructure (CII), efforts are also being made for all personnel to understand the cyber threats, vulnerabilities and their impact on mission readiness, and that the risks must be clearly understood by All Ranks, as it has become evident that almost everyone utilizes the Internet daily.

At an event heavily patronized by the top hierarchy of Ghana’s Cyber Security Authority (CSA) and members of the Joint Cybersecurity Committee (JCC), V/Adm Amoama informed that GAF is preparing to roll out a paperless environment, and that cybersecurity would be a key component of such a course.

He announced his Directive that regular reminder of extracts on Communications and Information Systems Policy and Cybersecurity titbits be published in GAF’s Unit Routine Orders, to guide All Ranks on the use of the Internet and Social Media engagements, and for all to be cautious, accountable and incorporate cybersecurity best practices into their everyday lives, in their cyber habits while online.

As part of national efforts in regulating and containing cybersecurity incidents, Ghana has enacted a Law via the Parliament of Ghana – Cyber Security Act 2020 (ACT 1038), which is aimed at the general protection of its citizens against cybercrimes and abuses.

Ghana’s month-long cybersecurity awareness events seek to intensify the capacity building and awareness creation efforts on cybersecurity, cybercrime, and educate citizens on the importance of good cyber hygiene and cyber best practices, and to provide the most relevant, critical information and tactics to counter threats lurking in cyberspace.