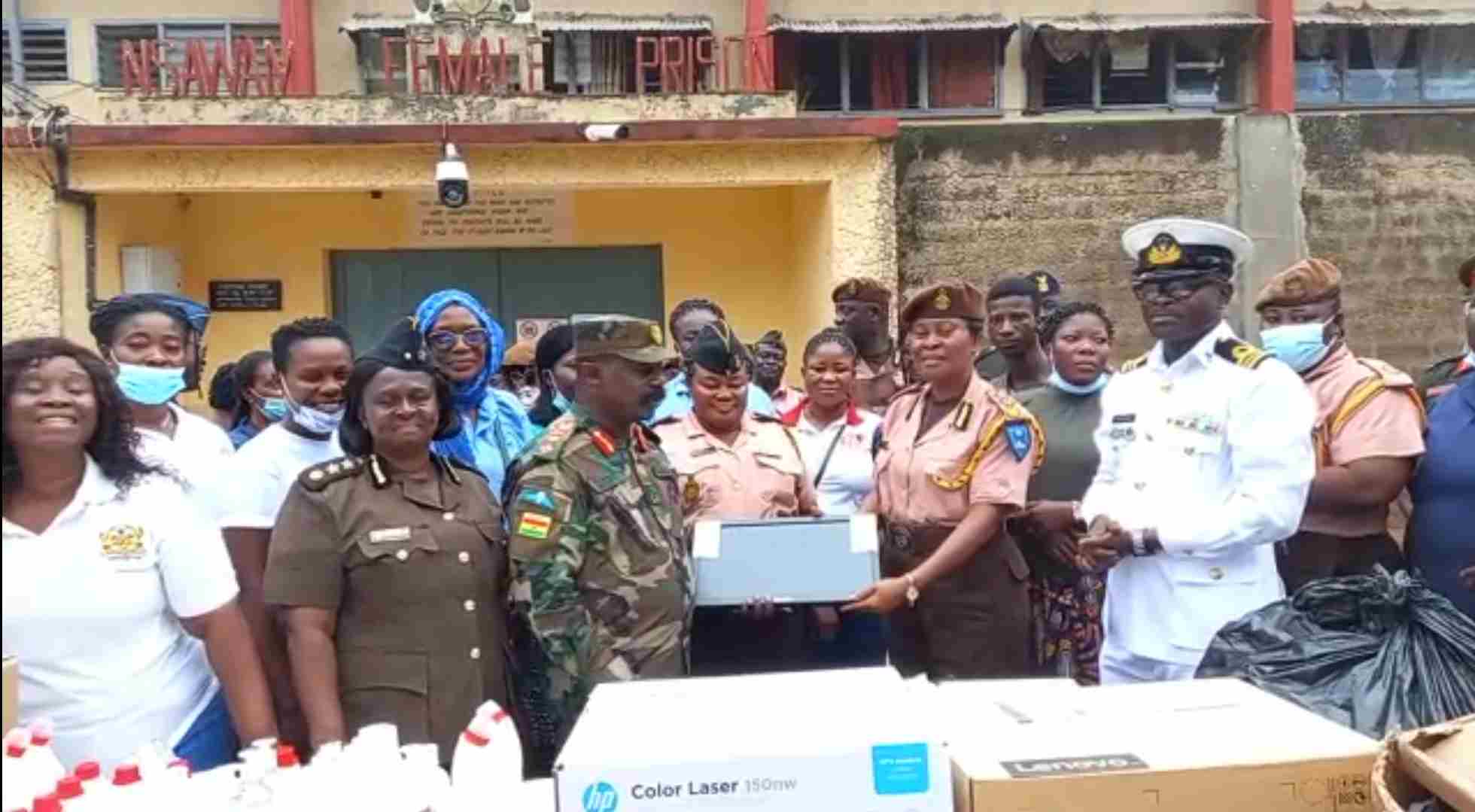 The Chief of Staff (COS) at the General Headquarters (GHQ) of the Ghana Armed Forces (GAF) – Major General (Maj Gen) Nicholas Peter Andoh, has presented assorted products of sewing machines, food, toiletries, computer and colour laser printer to inmates of the Nsawam Medium Security Female Ward, Ghana Prison Service, on behalf of GAF and the Association of Military Spouses.

The presentation, which General Andoh described as part of GAF’s continued support to the Prison Service, took place at the Nsawam Medium Security Female Ward on Wednesday, 27 July, 2022, and were received by the Assistant Director and Officer-In-Charge (OIC) – Madam Christiana Asiedu.

The COS stated that the gesture is not maiden and that GAF, together with the Men’s Fellowship of the Garrison Methodist Presbyterian Church, Burma Camp, have engaged and made donations to the prisons at various times, previously.

He indicated that the purpose of the donation was to reinforce the notion to the inmates that the Ghanaian society is thoughtful of them, and that GAF has acknowledged their reformation and transformation during their incarceration, and is hopeful that upon their discharge, they would be assimilated into the society with added value, to contribute meaningfully to society.

The Assistant Director gave a brief of the female internment, that being Ghana Prison Service’s Nsawam Medium Security Prison female ward, was established in December 1973, currently immures 70 inmates, which includes remanded, convicted and condemned prisoners; howbeit has a capacity of 200 inmates.