The 37 Military Hospital has launched a Breast Cancer Awareness Campaign to encourage self-breast examination, heighten breast cancer awareness and cause a behavioral change among personnel and families of Ghana Armed Forces (GAF) for early detection and treatment.

The campaign, which was launched on Wednesday, 30th October, 2019, is expected to span the rest of the year, to help arrest a worrying menace of the debilitating disease, which has recorded rather unpleasant numbers, at the military hospital.

Speaking at the launch of the education period, the Commander, 37 Military Hospital – Brigadier General (Brig Gen) Nii Adjah Obodai revealed that 1 to 2 percent of breast cancers are found in men, and that breast cancer is the most common cancer affecting women and the most common cause of cancer deaths in Ghana.

General Obodai continued that, in 2018, 162 cases of breast cancer were diagnosed at the military hospital and that so far, 152 cases have also been diagnosed this year, of which all are women, while 70% of breast cancers diagnosed in Ghana, are in advanced stages of the disease, and the late presentation is due to low awareness.

Studies have shown that in Ghana, 30% of breast cancers occur in women under 35 years of age, as compared to cases in Western countries, where the incidence occurs much later.

“We will scale up the breast cancer awareness drive to all troops and their families and also our civilian clients, as well as at all the Medical Reception Stations at the various Garrisons and to support this, we have set up Breast Examination Centres at various departments, namely; Family Planning Units, Surgical OPD, Polyclinic and FPOPDs, for the rest of the year.

“We would like to change this narrative among Ghana Armed Forces personnel, by advocating an early detection diagnosis and right treatments through healthcare education awareness campaigns and the screening of all consenting eligible personnel”, Brig Gen Obodai stated. 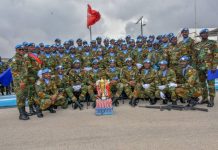 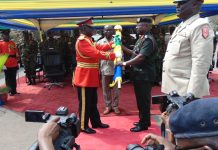