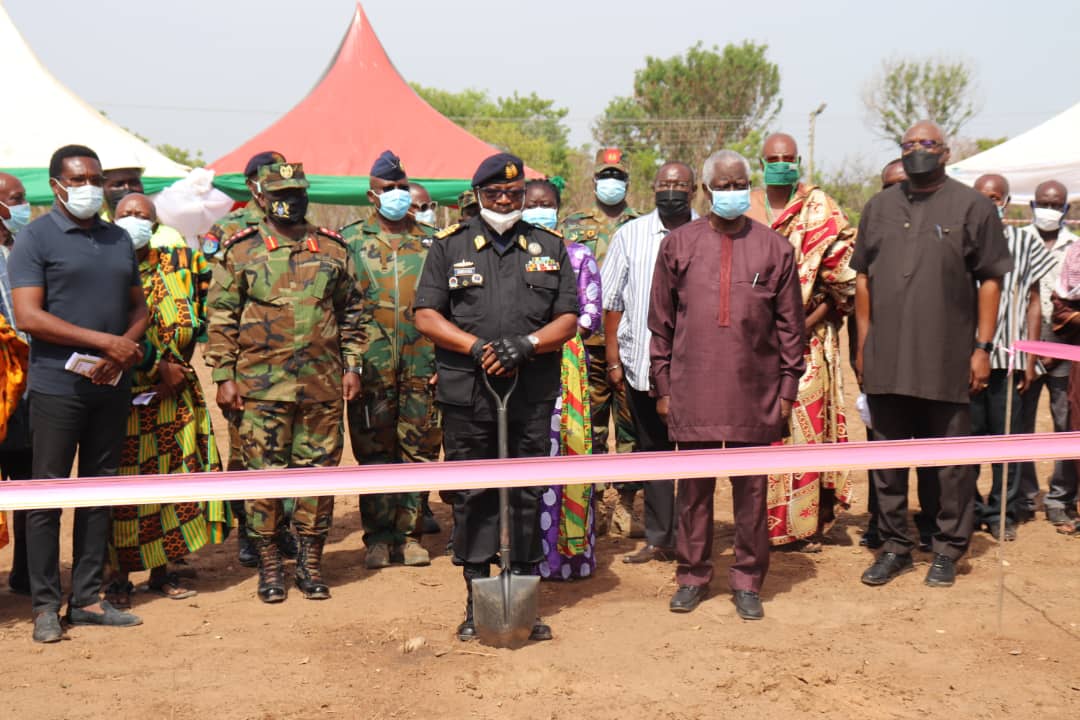 The Ghana Armed Forces (GAF), in conjunction with the Bui Power Authority (BPA), is constructing a Forward Operating Base (FOB) at Bui, to particularly secure the 404-Megawatts dam, adjoining assets and to further strengthen security in the general area.

The sod-cutting ceremony for the 150-military base, which would take 6-months to construct by MAYFAIR CONSTRUCTION, and is to be fully-funded by BPA, was held on Thursday, April 8th, 2021, at Bui, with the Chief of the Defence Staff (CDS) of GAF – Vice Admiral (V/Adm) Seth Amoama, as the Guest of Honour.

Speaking to the gathering, which included traditional and local authorities, workers, Senior Officers, Officers, Men and Women of GAF, the CDS reiterated the strategic importance of the Bui Dam, in the scheme of Ghana’s socio-economic development, and hence the urgent need to protect the installation.

“In this day and age, where Ghana, as a country, is confronted with threats of terrorist attacks emanating from the Sahel region, we cannot afford to leave strategic national installations exposed”, said Admiral Amoama, further stating that the step of building that particular FOB, is a giant one in the national security architecture.

In praising the BPA for the funding, Admiral Amoama appealed to all corporate institutions, to support the military in meeting their operational and administrative requirements.

Mr. Fred Oware – the Chief Executive Officer (CEO) of BPA, said the mandate of the authority (which started actual construction in 2008), included the construction of the Bui City, and that the management thought it wise to secure the installation, as well as the development of the city, which has so far cost the state, over USD 1 Billion.

Mr. Oware further said that the authority made a security reinforcement request to appropriate authorities, a long time ago without a favourable response, however, the request was revived in recent times and actualized with the idea of constructing the FOB, when under a year ago, the Army Commander, in a familiarization tour, visited the BPA.

Presently, there are limited deployment of Ghana’s military to Bui, with operations conducted by the Army from Dokokyena, the Navy, patrolling the Dam and the Airforce also providing surveillance.

The FOB would be a 36-number facility, measuring a total area of about 350 by 400 meters, which would include facilities such as Administrative block, accommodation, recreational area, armoury, magazine, bunker, a square, other logistic equipment support facilities, such as a pol point and an engineer store, making troops to be stationed, self-sufficient.

GAF is already constructing two other FOBs at Ezinlibo, in the Western Region and Dokokyena in the Bono Region.