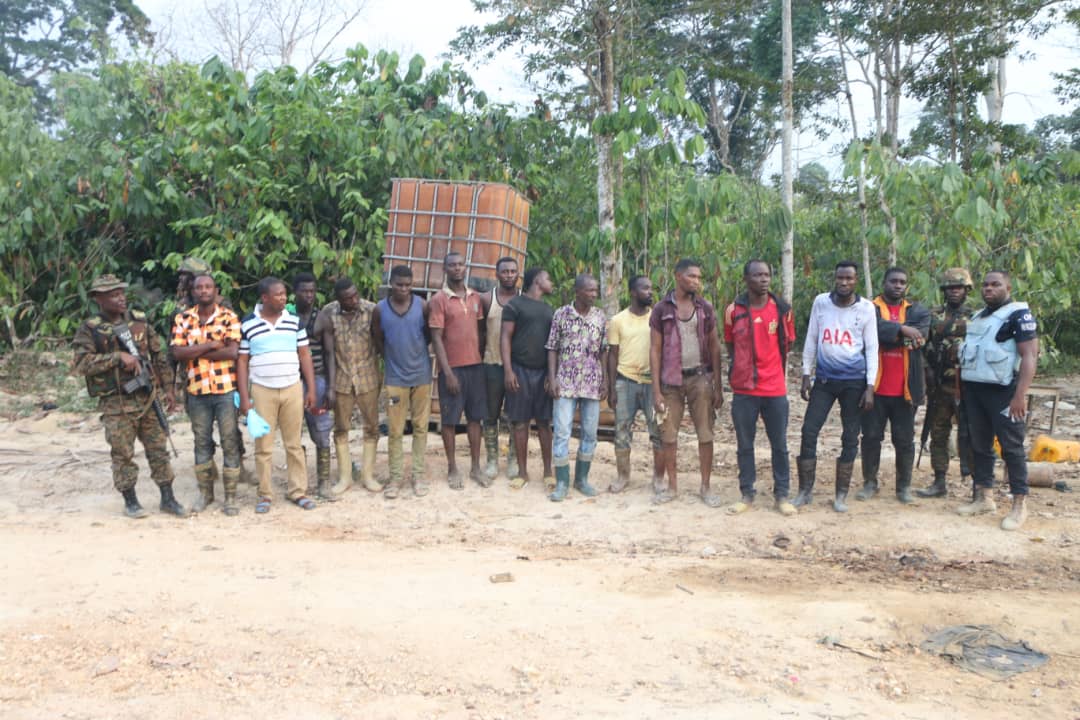 Fourteen (14) alleged Ghanaian illegal miners in the general area of Kenyasi and its environs in the Adansie North Districts of the Ashanti Region have been nabbed by Ashanti Forward Operating Base (FOB Ashanti) patrol team.

According to the Crime Officer of the Joint Task Force, DSP Kwateng Yeboah, eight (8) of the suspect have been handed over to Obuasi Divisional Police Command, the other six (6) to the Obuasi District Police Headquarters whereas the seized items sent to FOB Ashanti storehouse pending investigation and prosecution.

ANOTHER EIGHT ARRESTED FOR ILLEGAL MINING