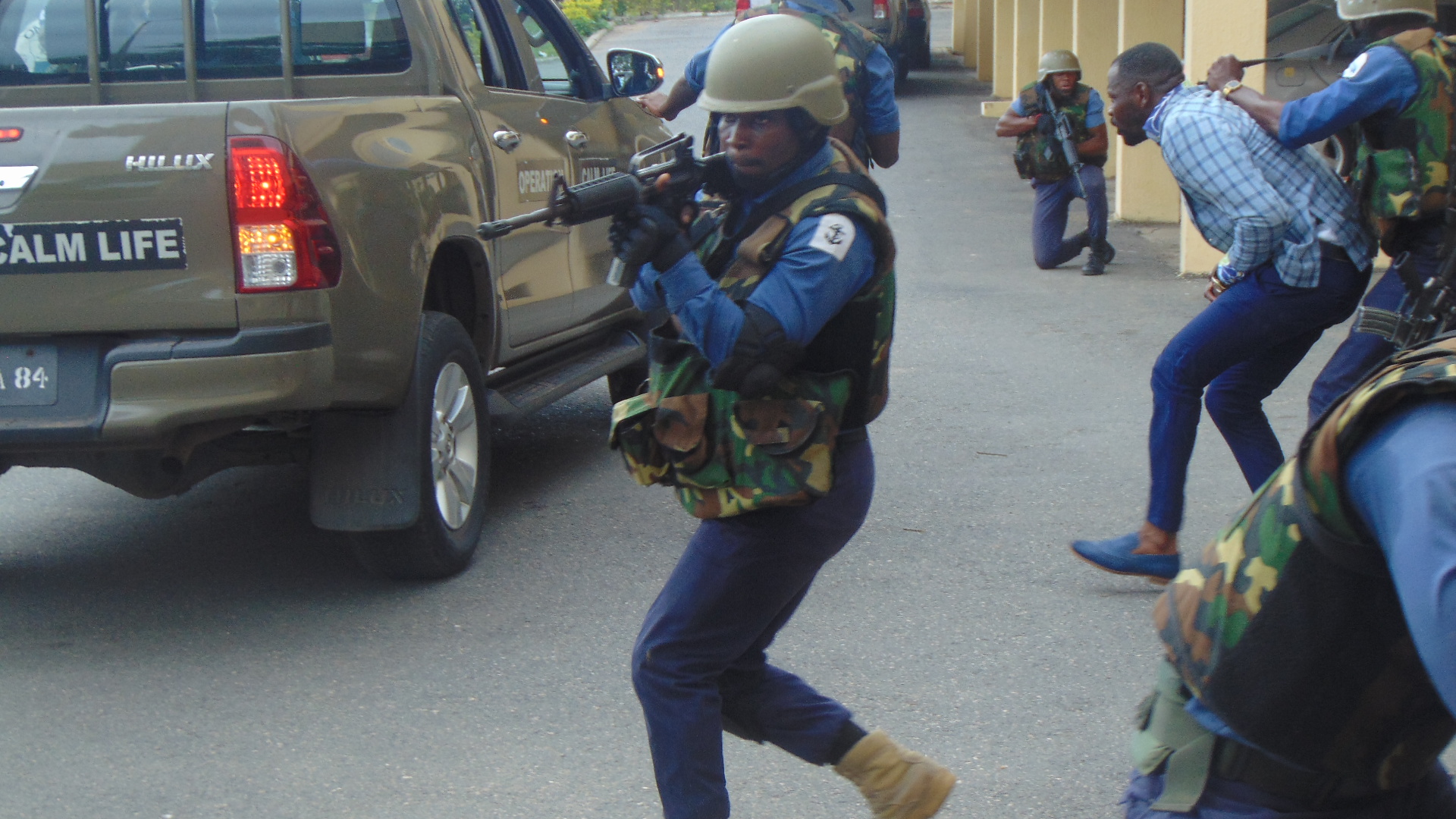 Two Battalion of Infantry (2Bn), the Western Naval Command (WNC) and the Ghana Police Service, continued Exercise Western Shield on its Fourth Day, with a training codenamed “Activation of Reinforcement Plan for the Defence of Key Strategic State Installations”.

Based on that, three scenarios were enacted in which, firstly, the Bank of Ghana (BoG), Takoradi, was attacked by insurgents, who had intended to loot and weaken the economic strength of the country, however, troops from 2Bn, aided by the Ghana Police, outfought the dissidents in Close Quarter Battle (CQB), rid the bank of the terrorists and arrested a number of the dissidents.

In the second simulation, same insurgent group, intending to destabilize the country’s economic abilities, by distorting the regular provision of electricity to the nation, attacked the Atuabo Gas Plant and were able to overpower the security at the plant temporarily, however, reinforcement from 2Bn, succoured the situation, by ridding the setup of the terrorists in CQB.

Thirdly, same group, in reaction to their inability to achieve their intention, breached the security at the Western Regional Coordinating Council, Sekondi and seized the Regional Minister at gunpoint, making demands for his life, in exchange for the release of their colleagues who had been arrested at the BoG, Takoradi.

A team from the Ghana Navy, in reaction, were able to break through the siege, to rescue the Government Appointee alive, and clear the Regional Administration of any such remaining elements, handing the arrested over to the Police, to the admiration of all.

Present to observe the exercise, was the General Officer Commanding (GOC), Southern Command (S/COMD) – Brigadier General (Brig Gen) Abraham Yeboah Nsiah, who extolled the collaboration of all the Security Agencies in the Region for their efforts in the exercise, encouraging them to be strong at the forefront, in maintaining the peace during the upcoming General Elections.

General Nsiah also emphasized the need to harmonize all the drills to be deployed in the General Elections, by all the agencies, and further urged that none of the agencies should be either condescending or cowering.