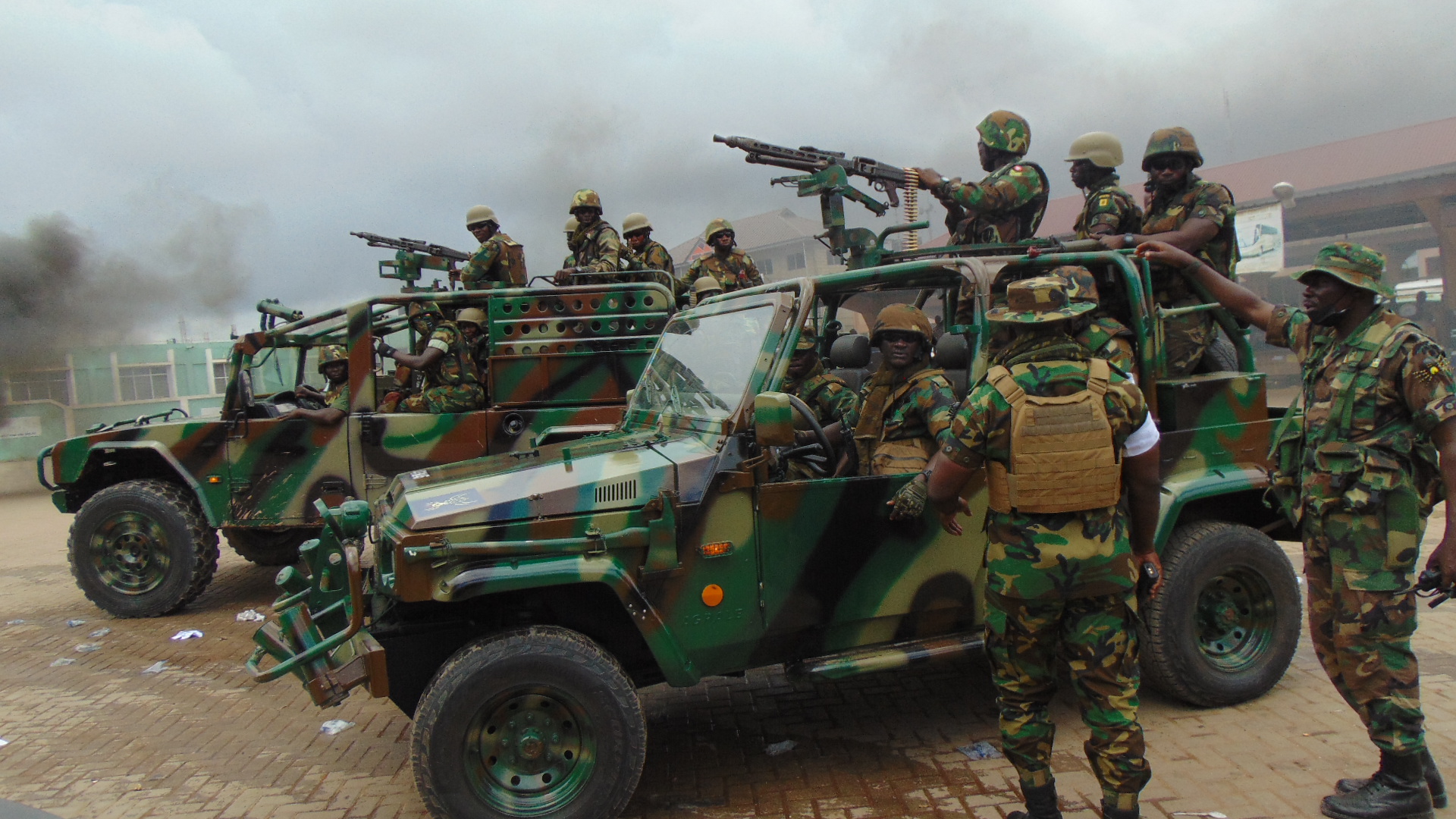 On the Third Day of Exercise Western Shield, by all the Security Agencies of Ghana in the Western Region, and being hosted by the Two Battalion of Infantry (2Bn) of the Ghana Armed Forces (GAF), Takoradi, it was time to implement the portion that involves “putting troops on the ground”.

On Thursday, October 8, 2020, there were ‘Barracks Attacks’ by ‘Opposing Forces’ (OPFOR), against the Myohaung Barracks, the Air Force Base, and the Western Naval Command, Takoradi, and Crowd Management, Control and Dispersal action at the Kwame Nkrumah Roundabout and Abenbebom Lorry Station, Apremdo.

The scenario unfolded this wise: in the early hours of the morning, an attempt was made by the OPFOR, to breach at the entrance and rear of the Myohaung Barracks, which hosts 2Bn, which triggered the alert system for all departments of the Unit, to respond with defencive measures to subdue the attempted breach.

Information gathered, then indicated that at the same time the breach was attempted at Myohaung, similar attacks were ongoing at the Air Force Base, Takoradi and the Naval Base, Sekondi, however, they were all repelled and insurgent elements arrested.

Shortly after the repel at Myohaung, troops of 2Bn had to quickly move to the Abenbebom Lorry Park at Apremdo, to Manage, Control and Disperse some agitators, who had massed up and were setting vehicles on fire, demanding evacuation from the piece of land, whereupon the bus terminal was operated, as they claimed that they are not deriving sufficient benefits from the use of the land.

After the agitations were subdued, the Ghana National Fire Service (GNFS) moved in to quench the fire, whiles the National Ambulance Service was readily available to lift the injured to the Effia Kuma Hospital for treatment, as the Police Service was around to take over and arrest those who broke the Public Order Act.

Simultaneously, at the Kwame Nkrumah Roundabout, similar agitations were underway to stop the plans by the State to construct an Intersection, as they set up fires with lorry tyres and destroyed the form work to construct the project, which caused a huge traffic situation for vehicular movement in the city.

The agitators claimed that they had not been paid demanded compensation by the Government, thus prompting the Rapid Deployment Force (RDF) unit of the Ghana Police Service, to exert themselves by Managing, Controlling and Dispersing the Crowd, the GNFS and the National Ambulance Service being present to quell the fire set and to administer healing to the wounded, respectively.

Members of the Joint Operations Centre (JOC), monitored the responses to attacks from the Centre, via the radio system and Close Circuit Television (CCTV) and later joined the troops to witness the experience.