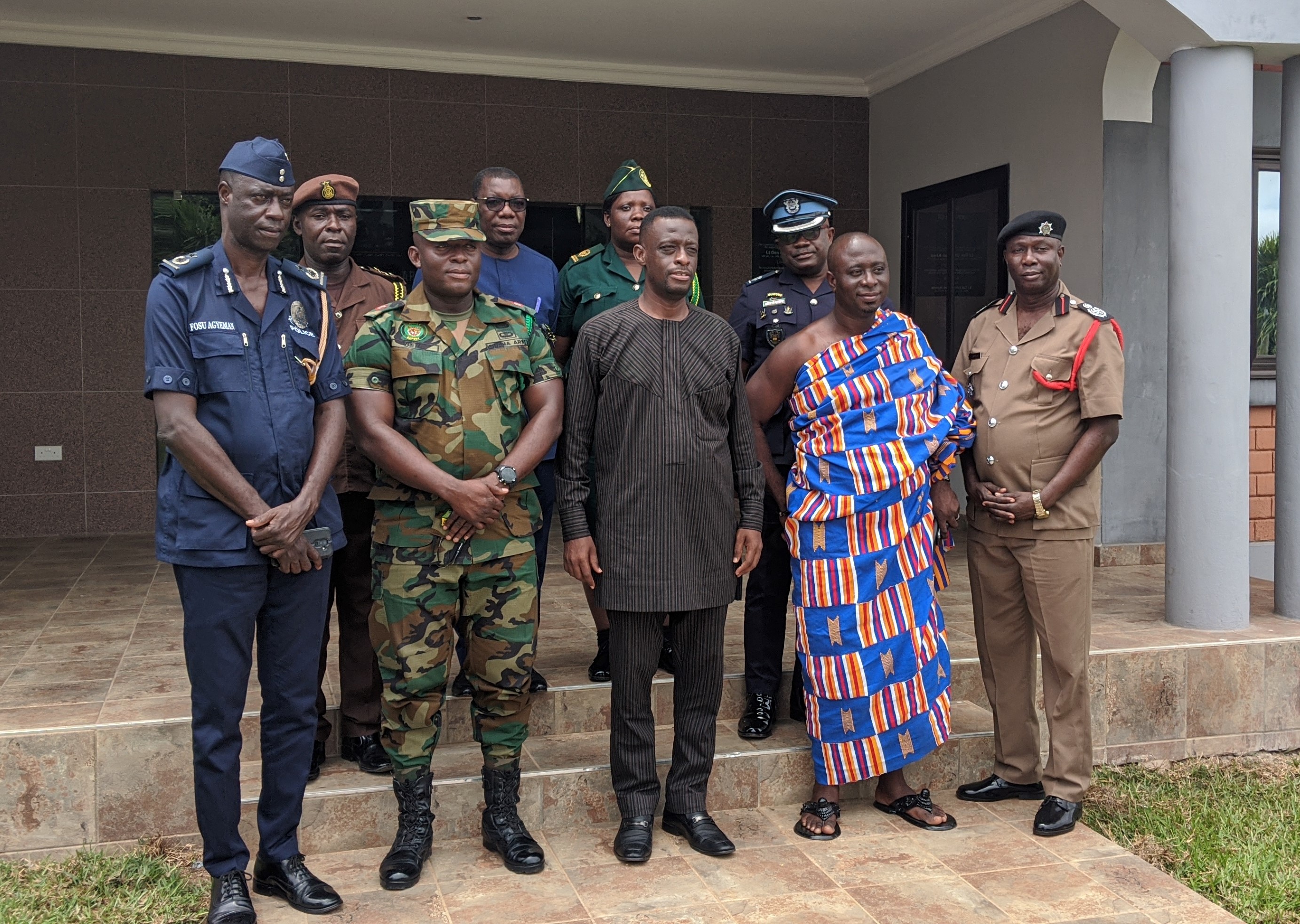 A 3–day joint multi-agency training exercise on election security, counter terrorism and defence of key strategic State installations, codenamed EXERCISE WESTERN SHIELD, has taken off in Takoradi, with a call to combat terrorism, cyber warfare, piracy and insurgency, by forging alliances and sharing of intelligence by both State and non-state actors.

The call was made by the Western Regional Minister – Mr Kwabena Okyere Darko Mensah, who also is the Head of the Regional Security Council (REGSEC) and Member of Parliament (MP) for Takoradi at the launch of the training program, at the Myohaung Barracks of the Two Battalion of Infantry (2Bn), who are the hosts of the program, on Tuesday, October 2020.

The Minister, who was the Guest of Honour, stated that the security of the Region is a collective responsibility, and therefore, at the end of the tedious exercise, there should be manifestation of enhancement of professionalism, for the more the security agencies sweat in training, the less they would bleed at the actual test.

At the exercise, almost all the security agencies are being deployed collaboratively, in the one-of-a-kind training, which is expected to be a precursor to the oncoming Ghana Armed Forces’ (GAF) “Operation Peace Trail” and the Region’s Elections Joint Operations Committee (EJOC).

Ex Western Shield is expected to test the natural collaborative reaction, how the response mechanism of all participating agencies like the military, Police, Prisons, National Fire Service, Immigration, Customs Division of the Revenue Authority and the intelligence agencies, exerts to agitations, in this case, simulated.

Maj Dey, continued that Africa’s dynamic security environment is characterized by great diversity, from conventional threats to challenges such as terrorism, insurgencies, piracy and political violence.

“The happenings in the sub region and the development of violent activities in parts of Ghana, posturing to threaten its stability, requires prompt and accurate measures to either mitigate or respond to potential threats to security in the Western and Western North Regions”, Maj Dey surmised.

Locations at which the exercises will be held include; the Myohaung Barracks, the Naval Base at Sekondi, AirForce Base, the Rapid Deployment Force (RDF) home, the Bank of Ghana Western Region offices, GCB Bank premises, Atuabo Gas Plant, the Apremdo Lorry Station and Market, amongst others.

The Commander Rear concluded that the Exercise is relevant within the strategic context of election security, as it is intended to harmonize the roles of security stakeholders, in the fight against terrorism, since contemporary security provisions of a State, require multi-agency approach in resolving security issues.