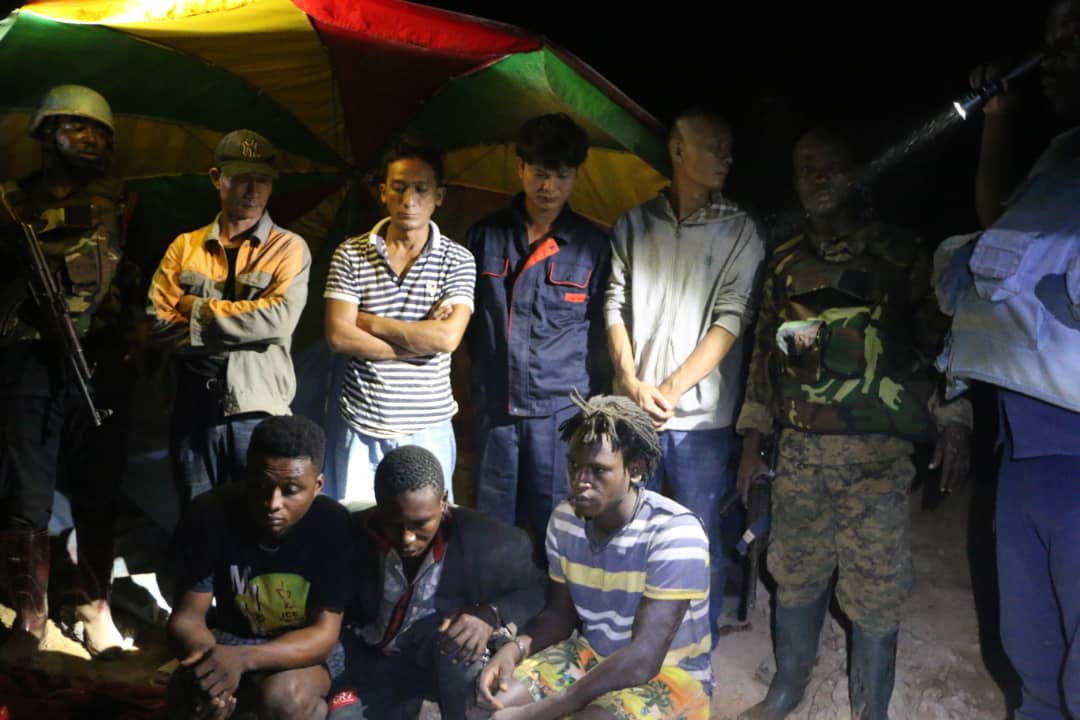 The National Anti-Galamsey Task Force, Operation Vanguard Ashanti Forward Operating Base (FOB) in a recent patrols conducted within the general area of Bipotintin Community in Amansie Central District, have arrested 4 Chinese and 4 Ghanaians, alleged to have engaged in illegal mining.

The seized items were sent to Ashanti FOB storehouse while the suspects handed over to the Obuasi Divisional Police Command for further investigation and prosecution.