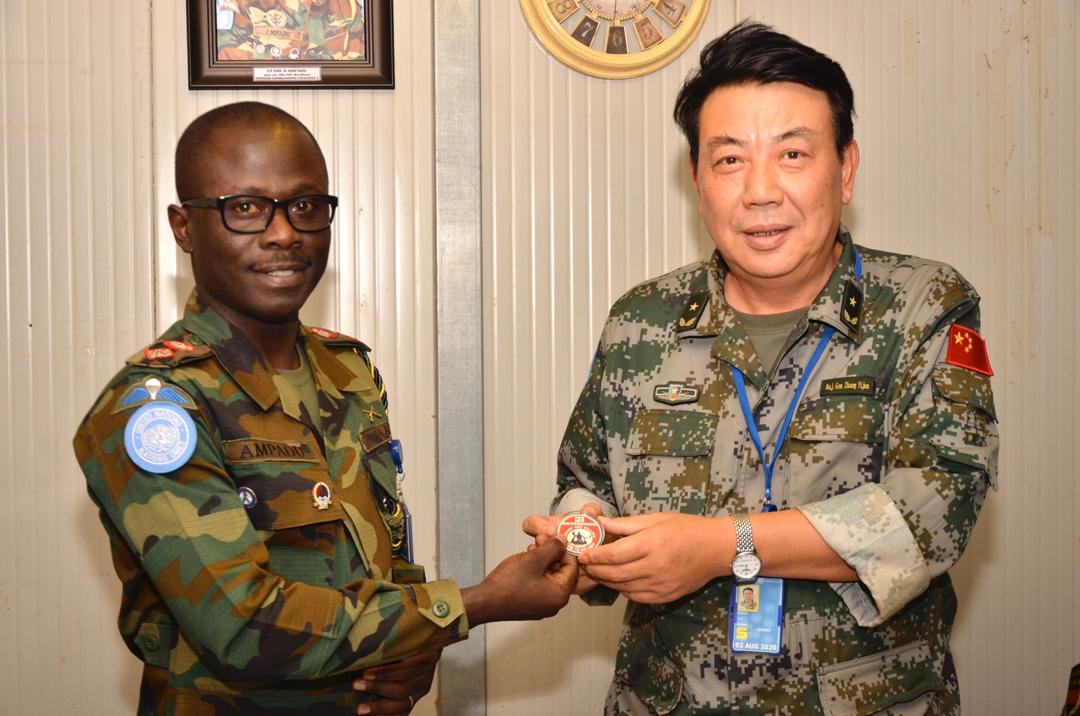 On his arrival to GHANCOY position at Mango Camp, Maj Gen Zhang Yijun inspected a Quarter Guard and interacted with GHANCOY personnel and some Heads of Cells from the Aweil Field Office.

In his address, the DFC expressed appreciation and commendation to GHANCOY for their dedication to achieving the UNMISS Mandate, and the good image projected in the Mission, and further urged all to maintain the standard set.

As part of his visit, the DFC and his entourage, SMO and OC GHANCOY, visited the South Sudan Peoples Defense Force(SSPDF) 3 Division Headquaters at Wunyiik, Aweil East, where the team was received by the Division Commander Major General Butrus Bol Bol.

Discussions focused on improving the existing relationship between the Division and UNMISS in general, where the Division Commander very much reiterated the need to share information so as to address any future challenges on time.