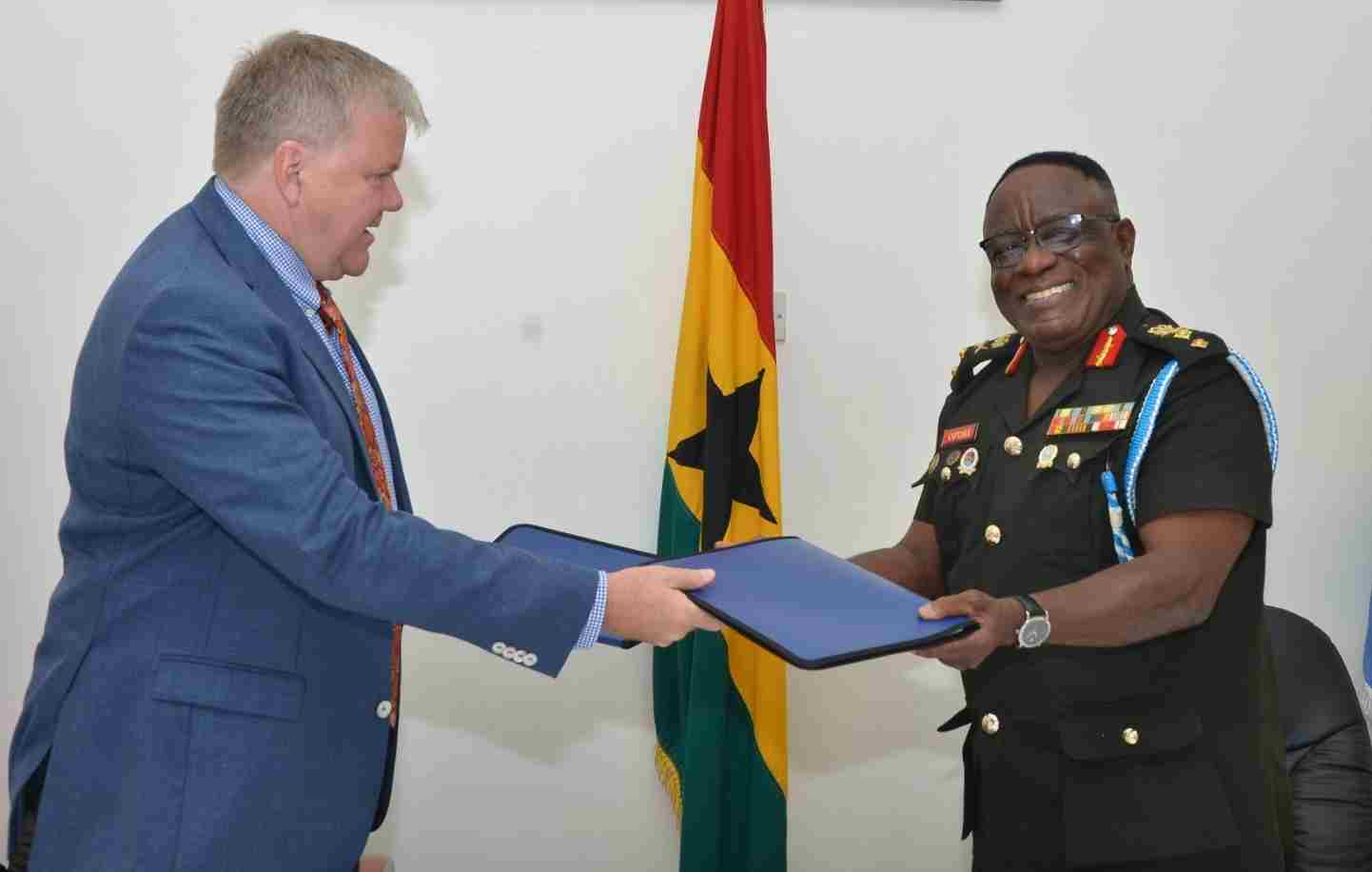 The Government of Denmark is to provide funding support of 2,142,668 million United States Dollars to Ghana’s Kofi Annan International Peacekeeping Training Center (KAIPTC) for the latter to implement a five-year project dubbed ‘Integrated Responses to Threats to Maritime Safety and Security in the Gulf of Guinea (GoG) Maritime Domain in West and Central Africa’.

On Monday, September 19, 2022, to commence the project, an official signing ceremony took place at KAIPTC, Teshie, Accra, where the Danish Ambassador to Ghana – His Excellency Tom Nørring penned signature to an agreement on behalf of the Government of Denmark, through its Ministry of Foreign Affairs, while Commandant of KAIPTC – Major General (Maj Gen) Francis Ofori, signed for the Centre.

The Agreement, which is a sequel between the two on Maritime Security in the GoG, has the funding partner affirming committment to strengthen the previous through the project, which forms part of Phase III of the Danish Maritime Security Programme for the GoG (DMSP 3), 2022-2026, under its Peace and Stabilization Engagement (PSE 3).

The new endeavour comes after the DMSP Phase II (2019-2021) project, which was captioned “Enhancing Regional Research, Capacity Building and Convening of Stakeholders Towards a Safer Maritime Domain in the GoG”, and focused on promoting shared understanding of maritime norms, fostering collaboration and cooperation across GoG states, to enhance maritime security and safety in the West Africa region.

The DMSP Phase II contributes to the development of research-based knowledge products, including 10 publications that examined critical maritime security issues in the GoG, and strengthened the capacities of over 180 maritime security actors and stakeholders in the GoG region.

The 3-year former project also institutionalized a platform for regular dialogue among international and regional actors, on ways to better operationalize the Yaoundé Code of Conduct (YCC), and strengthen the coordination structures under the Yaoundé processes as well.

Targeting coastal states in West and Central Africa, the new project additionally focuses on; deepening the engagement of women and vulnerable groups in maritime security; examining the nexus between land and sea-based crimes, as well as strengthening the reporting role of the Media in promoting maritime security in the GoG.

Checks run on Denmark in the maritime security and safety issues, shows that as a strong seafaring nation and an actor in the maritime domain, the country is committed to promoting the freedom of navigation, all over the world.

Some of Denmark’s interventions in the GoG are; supporting the Yaoundé Architecture processes, as well as various partners, including the KAIPTC, to strengthen maritime law enforcement, promote inter-agency collaboration, develop capacities of maritime practitioners and facilitate dialogue among international, regional and national maritime security stakeholders to enhance maritime safety and security in the GoG.

The five-year DMSP Phase III project could be viewed as a continued commitment of the Government of Denmark, to promote security and safety in the GoG region in particular, and the African continent in general.