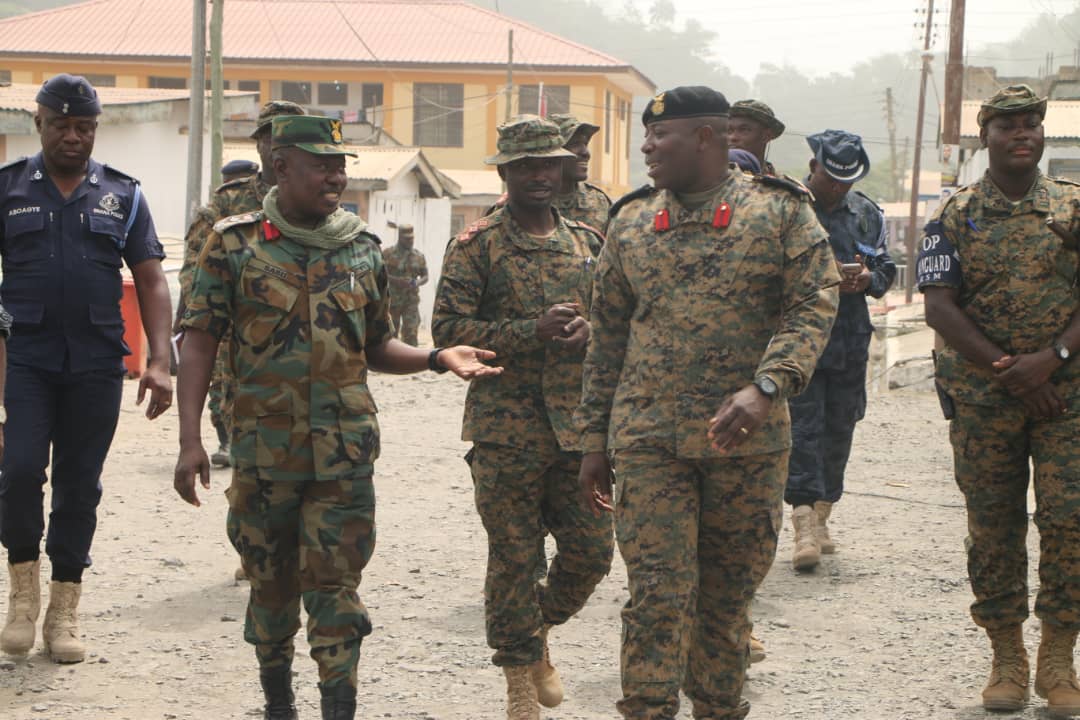 After initial welcome pleasantries, Col Sasu toured the Joint Task Force (JTF) Headquarters, the Vanguard Medical Aid Post and all the living accommodation of the troops, to have a firsthand information about the possible challenges the troops face.

At Western FOB where he had earlier visited, Col Sasu, in a short durbar admonished the troops to maintain high level of professionalism and discipline, in the conduct of their legitimate operations.

The new commander entreated troops to see their duty as a national call and give off their best, abide by the Joint Task Force mandate, to help stem out the menace of illegal mining, further assuring troops that command recognizes their challenges, hence frantic efforts were underway to address them.

Col Sasu however cautioned both commanders and troops, to adhere to the new directives on searching culprits, to avoid being subjects of accusations and investigations of theft.