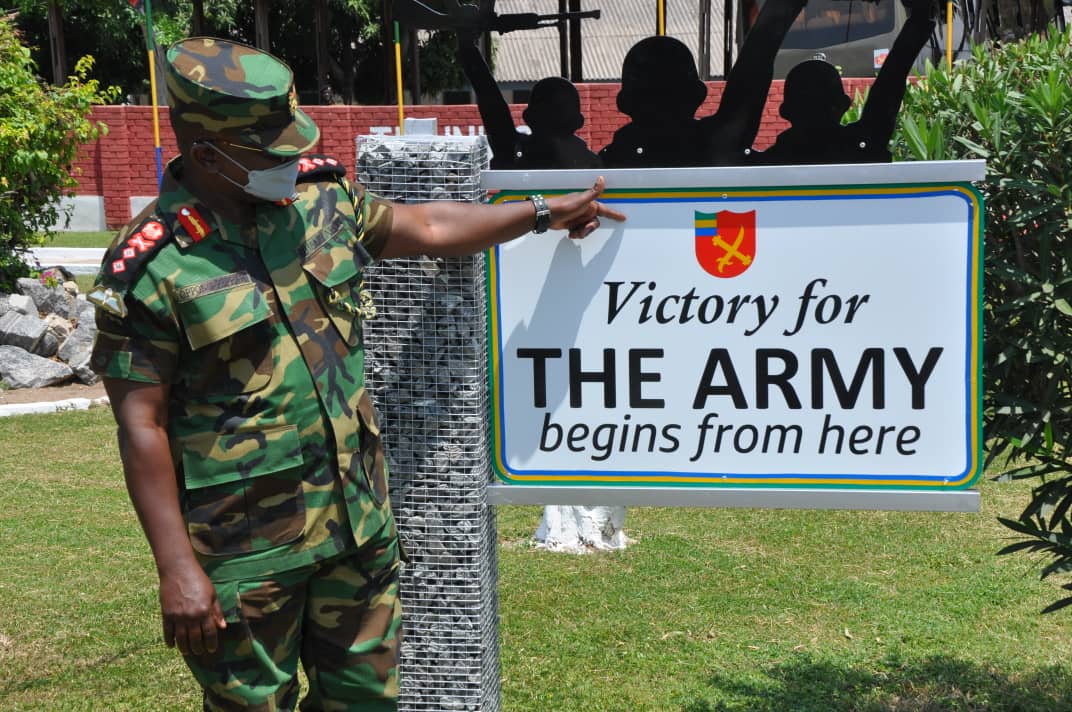 The Chief of the Army Staff (COAS), Major General (Maj Gen) Thomas Oppong-Peprah conducted a day’s operational visit to the Headquarters of the Army Training Command (ATRAC) at Teshie, in Accra and presented equipment to aid the work of the Command.

The COAS donated 15 HP Computers, 1 heavy-duty Printer, a number of thermometer Guns, disposable Gloves, hair nets, overcoats and 200 copies of training precis for the use of the Command, after he was met on arrival of his working visit on Wednesday, 26th August, 2020, by the Commandant, Military Academy and Training Schools (MATS) – Maj Gen Charles Awitty and the Commander, ATRAC (CATRAC) – Brigadier General (Brig Gen) Winfred Dzandu-Hedidor,

Speaking at a durbar with all troops, after inspecting a guard mounted in his honour, General Oppong-Peprah noted that, the visit afforded him the opportunity to assess the challenges of the Command, promising his best to address them, in order to attain the Command’s mission of “Modernising Training in the Army”.

General Oppong-Peprah used the occasion to urge all ranks of the Ghana Armed Forces (GAF), to remain united, devoid of ethnocentrism and partisan politics, to ensure a fortified Force, worthy of its salt and well-trained professionals, to defend the territorial integrity of the nation.

The COAS assured troops that the Ghana Army protects its personnel, and thus encouraged all to continue to carry out assigned tasks without fear, but with utmost professionalism and tact, in order to ensure the security of the nation, by land.

The CATRAC then briefed the COAS on the developments at the Command, since he assumed office on 14th July 2020, indicating that, his vision has been to improve on the logistical and manpower needs of the Command, in order to modernise the mode of training, bringing it to best international standards, and thus solicited the COAS’ support via the provision of many of the logistical and manpower challenges the Command faces.